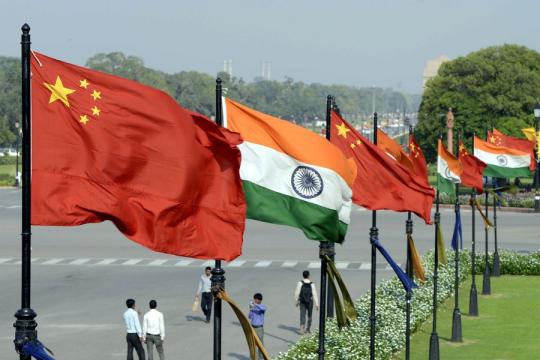 26/08/2022 Adrian (釋大道) Celebrating Communist China!, Human Interest, Leftwing Political Analysis Comments Off on China and India Should ‘Unite’ in the Face of US Neo-Imperialism! (26.8.2022)

European interference in Asia is not a ‘new’ phenomenon! For over four hundred years, the Europeans have sought to penetrate, divide and carve-up Asia so that the non-European populations of the world remain ‘weak’ in the face of Eurocentric unity! The price for this weakness is the loss of ALL Asian (cultural) self-determination and the right for Asians to decide their own paths of political and cultural development! This will be the situation until a World Socialist Revolution unifies the International Working Class and sees the Proletariat seize control of the means of production! At present, we must sit and observe the US bourgeoisie interact in a sugary-sweet manner with its Indian counter-part – whilst millions of ordinary Indian people remain illiterate and enslaved by the inverted and primitive ideology of religion – which is the result of the grinding poverty they are forced to endure on a daily basis! This is the socio-economic reality that bourgeois Indian collaboration with the predatory capitalism of the United States truly represents! Whilst a succession of Indian governments allow the West to interfere in the relations between China and India – the 1947 Independence of India (from the brutality of the British ‘Raj’) will mean absolutely NOTHING for the majority of ordinary Indians! If you would like to know more about this situation – please click HERE: