Following Hitler’s rise to power in the early 1930’s, his book of rightwing delirium entitled Mein Kampf (My Struggle) was extensively published throughout Europe and the world. Hitler, however, made sure that each edition was carefully edited and altered to suit the mentality of its intended audience. This policy was deliberately designed to minimise the offense it would cause if the intended audience really understood what Hitler thought about them, and the inferior place they would occupy when his racialised utopia was eventually established in Europe and the rest of the world.

END_OF_DOCUMENT_TOKEN_TO_BE_REPLACED

Many UKIP members are supporters of various other far-right (and equally inept) political organisations, that also have a long history of electoral failure. Despite the mainstream media support and excessive financial resources spent on UKIP’s campaign, it is disappointing for this lunatic fringe movement to learn that outside of London they only received 25% of the vote amongst populations where rightwing views are fairly normal.

END_OF_DOCUMENT_TOKEN_TO_BE_REPLACED

It is an astonishing situation to see the majority of Indian voters elect an openly racist and hate-filled party that espouses intolerance, separation, and discrimination as normal modes of political, cultural, and social interaction. Particularly when viewed in the light of the fact that India as a country suffered under decades of British imperialist rule that saw the most vicious application of racism and ignorance in the name of commerce and the gathering of profit.

END_OF_DOCUMENT_TOKEN_TO_BE_REPLACED

The latest re-writing of history in the royal mould has emanated from the mouth of the next king of England – Prince Charles – who whilst visiting an immigration museum in Nova Scotia, is reported to have likened Russia’s anti-fascist policy in the Ukraine, to ‘Russia behaving like Nazi Germany’!

END_OF_DOCUMENT_TOKEN_TO_BE_REPLACED 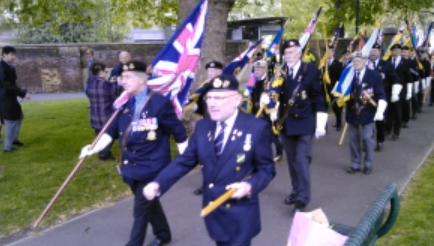 Philips Matthews made an excellent speech quoting Stalin, stating how grateful the Soviet was for the European (and USA) support during the Great Patriotic War, and how he (Stalin) valued the efforts of the Western forces as they invaded France and began to fight their way across Europe, freeing it from Nazi control. Stalin said that the Soviet people drew strength from this show of support. The Mayor of Southwark, Abdul Mohamed, spoke about the importance of the defeat of fascism and communities living in peace, whilst the Russian Embassy representative – Minister-Counsellor Alexander Kramarenko – made a very poignant speech stating that as long as Russia exists, the Soviet sacrifice will never be forgotten. He spoke at length about the importance of the defeat of fascism in 1945, and how it is important to remain forever watchful in the present time. He reminded the crowd that fascism had re-emerged in the Ukraine, and that it was a threat to world peace. Indeed, the Ukrainian delegation refused to visit the memorial on the same day as the surviving veterans (who had fought for their freedom in WWII), but instead elected to lay their wreath a day earlier. The only speaker who was noticeably out of place was Liberal Democrat MP Simon Hughes representing the current and highly rightwing ConDem Coalition government of the UK. Simon Hughes is the Minister of State for Justice and Civil Liberties, and yet ironically attracted controversy in 2013 with his pro-Christian, homophobic rhetoric, which he used when expressing his opposition to gay marriage, and the principle of equality between gay and straight people.

END_OF_DOCUMENT_TOKEN_TO_BE_REPLACED

Although these letters are being sent out under the guise of NHS England, they are actually from a private company named ‘NHS Shared Business Services’ that has been given the job by the UK government of cutting the number of people currently held on GP lists. As it stands, everyone in the UK has the right to register for their healthcare at a local GP surgery of their choice, dependent upon the geographical location of their home. Once registered, individuals are able to access NHS care free of charge at the point of use. This new NHS List Maintenance Programme is a co-operative policy carried out by NHS SBS, the local GP’s (who presumably back it), and the national government. Excluded from this exercise in NHS cutting are the millions of people affected by the reality of its implication and implementation.