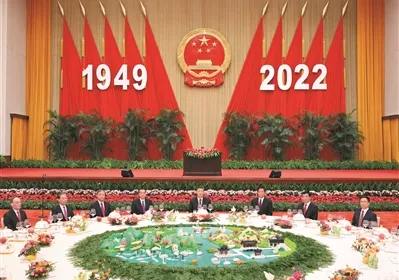 BEIJING, Oct. 1 (Xinhua) — Leaders of many countries and international organizations have recently telephoned or sent letters to Xi Jinping, General Secretary of the Communist Party of China (CPC) Central Committee and President of the People’s Republic of China (PRC), to warmly congratulate on the 73rd anniversary of the founding of the PRC and wish the upcoming 20th National Congress of the CPC a full success.

Kim Jong Un – General Secretary of the Workers’ Party of Korea (WPK) and Chairman of the State Affairs Commission of the Democratic People’s Republic of Korea (DPRK) – on behalf of the WPK, the government of the DPRK and the people of the DPRK, extended warm congratulations to Comrade General Secretary Xi Jinping, the CPC, the government of the PRC and the brotherly Chinese people.

Kim said that under the leadership of the CPC with the Comrade General Secretary at its core, the Chinese government and people have built a moderately prosperous society in all respects and embarked on a new historical journey of building a modern socialist country in all respects.

END_OF_DOCUMENT_TOKEN_TO_BE_REPLACED

The brave men and women of the ‘Chinese Volunteer Army’ (CVA) that flocked to Korea to stem the tide of US Neo-Imperialist aggression in the region between 1950-1953 – were armed with the superior political ideology of Marxist-Leninism (Maoism)! Yes – ‘Socialism with Chinese Characteristics’ held back the capitalist aggression of the Western world – led by the fascistic United States and their lackeys – the Europeans! This is why North Korea is now free!

END_OF_DOCUMENT_TOKEN_TO_BE_REPLACED

As the US government advisors had declared the Vietnamese people to be ‘sub-human’ – in their warped logic and deficient reasoning – the Vietnamese people as a nation (‘North’ or ‘South’ as it happened) were not legally (or ‘lawfully’) covered by any ‘Human Rights’ legislation! This allowed US soldiers to commit ‘War Crimes’ and ‘Crimes Against Humanity’ and be ‘immune’ from prosecution. Green Berets – like ‘Miguel “Mike” Ramirez’ – were trained to be particularly ‘brutal’ in war already known for its ‘callous’ nature! The systematic ‘kidnapping’, ‘torturing’, ‘raping’, ‘maiming’ and ‘murdering’ of Vietnamese young children (5-10 years old) – including boys and girls – was a paedophilic tactic used by the US Green Berets to ‘terrorise’ the village populations into NOT supporting the local Viet Cong Units or follow any orders emanating from the Hanoi Headquarters of Ho Chi Minh himself! As this criminal behaviour was considered an anti-Communist ‘Social Experiment’ – the Green Berets were ordered to film, photograph and records certain ‘typical’ incidents of this type of ‘mass’ raping, so that US Officials in Washington could assess the ‘effectiveness’ of this type of ‘Psychological’ and ‘Physical’ Warfare!

END_OF_DOCUMENT_TOKEN_TO_BE_REPLACED 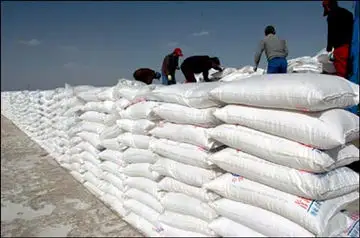 Whilst the US, UK and EU continue to supplies arms and logistics ‘free of charge’ to the Neo-Nazi ‘Euro-Maidan’ (Neo-Nazi) regime currently controlling West Ukraine (under Zelensky) – Russia has decided to contribute ‘free of charge’ – vitally important fertilizers that can no longer be ‘sold’ due the US-led enforced economic sanctions being applied to Russia! This is a by-product of Russia militarily deciding to confront and remove the Neo-Nazi threat which is stalking the environs of its own front-door!

END_OF_DOCUMENT_TOKEN_TO_BE_REPLACED

The envoys said that the Chinese government not only protects the lawful activities of various religious groups but has also explored an effective path focusing upon anti-terrorism and de-radicalization – a vital and effective path which could be a useful example for many other countries.

The envoys said they witnessed a diverse, modern and inclusive society during their four-day trip to Xinjiang, which is in sharp contrast to what the rumours of “forced labour” and “ethnic genocide” depicted.

The envoys added that they will share their experience in Xinjiang with others after returning to Geneva, refute rumours and lies about Xinjiang, and firmly support China’s sovereignty and territorial integrity, as well as its legitimate position.

END_OF_DOCUMENT_TOKEN_TO_BE_REPLACED

It is a sad fact that one of the first websites established on the US-controlled internet (during 1997) was dedicated to the political far-right and used the language of mainstream academia to convey the Neo-Nazi pseudo-science that advocates the falsehood of a racial hierarchy – placing the ‘White’ Europeans at the top – and the ‘Black’ Africans at the bottom! Considering how difficult it was in those days to establish even a single line of descriptive text or generate a basic picture online in those days – the suspicion is that the government of US President Clinton was behind this website!