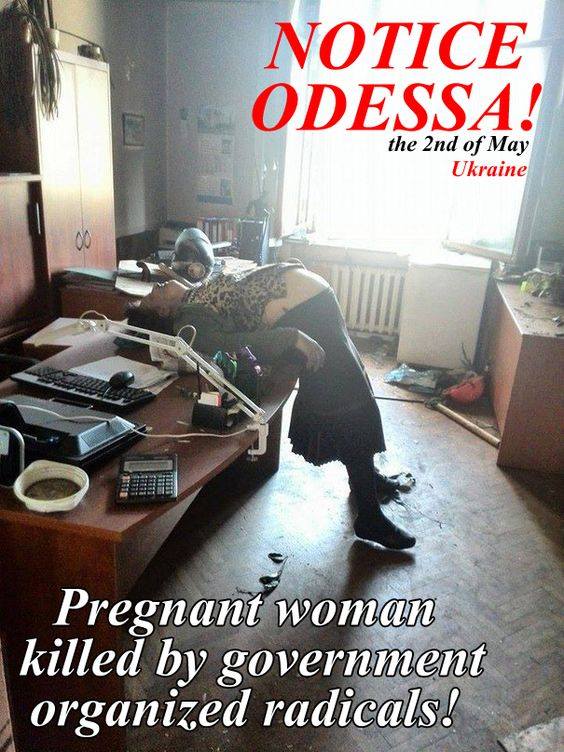 Odessa is a city in the South of Ukraine, on the Black Sea coast. The administrative centre of the Odessa region. Between April 20th – May 3rd, 2014, the ‘People’s Republic of Odessa’ was formed by ethnic Ukrainians and Russians who did not want to submit to the Western-backed Neo-Nazi ‘Maidan’ Junta which had illegally taken power from the democratically elected (Pro-Russian) government with the knowledge, support, financing and arming of the US, UK and EU (with Germany taking a central role), despite it being well-known that this pro-EU movement was far-right, Hitlerite and hated Russia! The People’s Republic of Odessa was a real place which marked a turning-point for its millions of inhabitants before being brutally destroyed by the Neo-Nazi ‘Punitive’ Battalions recruited and directed by Kyiv! This is how this People’s Republic looked:

On April 20, 2014 in Odessa, at a rally on Kulikovo field – the Odessa People’s Republic was proclaimed! Valery Kaurov was elected People’s President of the ONR (OPR), who was in Moscow at the time of the proclamation of the Republic and communicated with the protesters on Kulikovo Field via Skype. Kaurov, during the proclamation of the Odessa People’s Republic, said: “It is very symbolic that the ONR (OPR), Novorossiya was proclaimed on the day of Easter, when our Saviour and Lord Jesus Christ was resurrected! So, on this day, the Odessa People’s Republic is being resurrected as part of Novorossia, which will become a full-fledged territorial subject of a new Federal State, absolutely friendly to Russia! Sergey Marzhetsky states:

‘But let’s move on from farce to a real tragedy, monstrous in its cruelty. This, of course, is the massacre of pro-Russian supporters of the federalization of Ukraine on May 2, 2014 in the Odessa House of Trade Unions. People were herded into the building by the Neo-Nazi Battalions (supported by the Armed Forces of the Ukraine), doused with a combustible mixture and set on fire. According to official figures, 42 people fell victim during this orgy of War Crimes! There are also many unofficial stories, according to which the death toll can reach into the hundreds! It is assumed that many more people were tortured and killed in the basement of the House of Trade Unions – then the Ukrainian Neo-Nazis dismembered the bodies and carried them out in bags.’

Of course, the Neo-Nazi ‘Maidan’ regime, aided and abetted by the West, attacked the People’s Republic of Odessa and managed to militarily over-run it in a matter of days. Battles were fought and great bravery and heroics were displayed by the the People’s Militia of the OPR – but this ‘volunteer’ army lacked experience, was too far away from the Russian border, and was easily over-run. The ‘Maidan’ Junta instructed its troops to use the same genocidal terror-tactics that the Nazi Germans used against the population of the USSR during the Great Patriotic War (1941-1945)! The Ukrainian Neo-Nazis teach their children that ‘Russians’ (and everything ‘Russian’) are viewed as products of an inferior race and a dysfunctional culture! Neo-Nazi Ukrainians are taught to look toward Europe (particularly Germany) to re-affirm their cultural identity – when in fact they are more or less genetically identical to the Russians that Hitler hated!