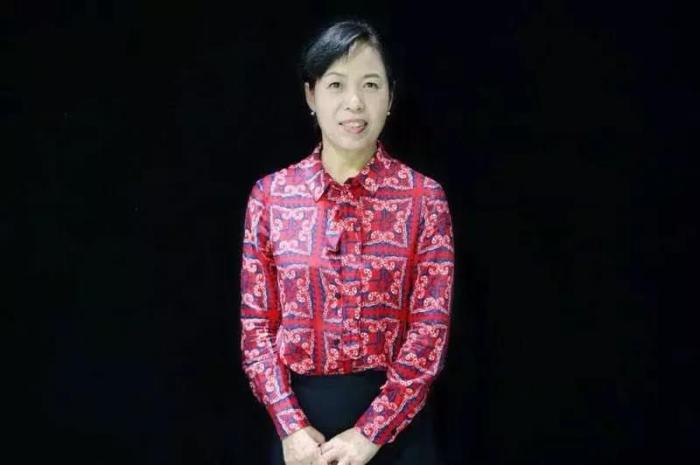 (ECNS)– Recently, Western countries keep slandering China for so-called “forced labour” and “genocide” in Xinjiang. Such unwarranted smears are disguised under the name of “defending human rights” while some Western politicians and media take advantage of their people’s lack of knowledge about Chinese history, national integration, cultural multiplicity, and political aim.

Professor Shen Guiping, Deputy Director of the United Front Theory Teaching and Research Department of the Central Institute of Socialism, pointed out in an exclusive interview by China News Service that compared with western developed countries, China’s protection of the human rights of ethnic minorities is more active and comprehensive.

Here are excerpts from the interview.

Chinese News Service: Every country has ethnic minorities that are distinguished and named in different ways. What are the differences and similarities between China and developed countries in Europe and America in defining ethnic minorities?

Shen Guiping: Ethnic minorities, according to international law, mainly refers to “racial or national, religious and linguistic minorities” and aboriginals or indigenous peoples within a country. In developed countries in Europe and America, a community with a shared language and culture is usually categorized as an ethnic group, while it is named an ethnic minority in China.

Now, there are about 3000 ethnic groups in over 200 countries and regions, and ethnic multiplicity is becoming a more common phenomenon in every country around the world owing to the increase of immigrants. For example, the majority group of the UK is English people while ethnic minorities include Turks, Arabs, and so on. France has many ethnic minorities like Gauls, Blacks, Jews, Muslims, and Asian ethnic groups. However, European and American developed countries do not accept citizens’ ethnic identity at the legal level, and governments do not give them ethnic identification either.

Nevertheless, China, both in national laws and policies, recognizes people’s ethnic identity, which is contained in every citizen’s ID card. From the founding period of the new China to 1979, the Chinese government began to recognize national identities, and 56 nationalities were identified by their common language, custom, and traditional economic model. Compared with the Han people, the other 55 ethnic groups have a relatively smaller population and are called “ethnic minorities” since then.

Chinese News Service: What are the reasons for recognizing and labeling ethnic identity? Did this action bring different impacts on these ethnic minorities?

Shen Guiping: In European and American developed countries, many ethnic minorities are reluctant to show such identity in public because of historical discrimination and persecution against many ethnic groups like Jews and the Blacks. Because there is no legal recognition of ethnic identity, many European and American countries cannot take special measures to protect their human rights against related social problems, let alone legally defend their cultural rights, which directly leads to the rapid cultural extinction of these ethnic minorities. For example, in the French Revolution in 1789, the majority of people spoke French but there were Bretons and other ethnic minorities who spoke different languages. After the Revolution, however, all these ethnic minorities were forced to use “French nation” as their official identity. Over time, different ethnic groups in France gradually “French-ized”, and some named the extinction of citizens’ ethnic identity “assimilation”.

In contrast to the western ethnic minorities’ reluctance to show such identity in public, 55 ethnic minorities in China play more active roles in political and social stages. And it’s common to see that many deputies as ethnic minorities to the National People’s Congress (NPC) wear their own traditional costumes, and proudly take part in the political affairs in the NPC at all levels, exercising the rights to be masters of the country and administrating state affairs

Chinese minority citizens being active in political, social, and cultural stages clearly indicates that such identity does not incur social unfairness, not to mention racial discrimination or persecution that many western ethnic minorities suffered. If “Forced Uyghur labour” and “genocide” really existed, those ethnic minorities may try their best to hide their ethnic identity as those ethnic groups do nowadays in Western countries.

Chinese News Service: What are the differences between China and developed countries in Europe and America in protecting the human rights of ethnic minorities?

But given the fact that ethnic minority citizens differ from other groups in languages and culture, they often encounter various problems in realizing their civil rights. Supposing that there is an Arab British citizen who is not good at English and restricted to choose his job, then how can the state protect this group’s civil rights in employment, politics, and education stipulated by law? Britain has gradually explored to solve the problem of ethnic discrimination in the field of employment since the Race Relation Act was passed in 1965. Subsequently, many European countries also drew lessons from this legal protection model to prevent ethnic discrimination. The responsibility for the cultural inheritance of ethnic minorities was shouldered by regional ethnic cultural associations.

In this case, human rights protection advocated by Western countries actually means legal protection against discrimination, without concrete policies to improve the social and political status and employability of ethnic minorities on the basis of solving specific difficulties of ethnic minorities, let alone legislation in protecting their cultural development and inheritance. In fact, the ethnic minorities’ cultures are subject to survival competition in the society themselves, and inaction in protecting human rights.

China’s recognition of citizens’ national identity aims to realize the equal rights of nationalities stipulated by the Constitution of the People’s Republic of China, which includes the individual civil rights and ethnic groups’ political and cultural rights. In this sense, ethnic minorities’ human rights are protected in a more comprehensive and active way. Specifically, according to ethnic population distributions, languages, and cultures, China has established 155 ethnic regional autonomous regions, including five provincial autonomous regions, 30 municipal autonomous prefectures (or autonomous leagues), 120 autonomous counties (or autonomous banners), and over 1000 ethnic townships. The Law of the People’s Republic of China on Regional National Autonomy stipulates that the position of a chief executive of an autonomous region shall be taken by a national citizen of the same region.

Chinese News Service: Could you list some specific examples to show how the above ethnic minorities policies are implemented in Xinjiang?

Shen Guiping: There are 56 ethnic groups in China now, and Xinjiang has been home to multiple ethnic groups who have the same rights and duties regardless of their population numbers, development levels, or religious beliefs. In Xinjiang, according to the Constitution and related laws, citizens of all ethnic groups can directly elect deputies to the NPC at the county (city, district) and township (town) levels. On this basis, they can elect NPC deputies, and deputies to the NPC at the level of autonomous regions and prefectures (cities). In the 12th NPC, there were 60 deputies from Xinjiang, including 38 deputies from ethnic minorities, accounting for 63.33%, and there were 550 deputies to the 12th People’s Congress of Xinjiang Uygur Autonomous Region, including 363 deputies from ethnic minorities, accounting for 66%.

Chinese News Service: The Constitution of the NPC stipulates that “all ethnic groups have the liberty to use and develop their own languages”, and how it is carried out in reality?

Shen Guiping: Since Western countries do not recognize the identity of ethnic minority citizens, they are not likely to make laws protecting the rights of inheriting and developing their own languages. This task is shouldered by folk ethnic associations and those ethnic minorities, without enough economic support, have no choice but to let their traditional languages and cultures perish.

Chinese News Service: Within 155 regional ethnic autonomous areas of China, what kind of progress have the ethnic minorities in these areas made?

Shen Guiping: Across the world, regional autonomy has been implemented in many countries based on ethnic factors, such as Oran autonomous province in Finland, five autonomous regions in Italy, more than a dozen autonomous regions in Spain, and so on. Due to autonomy, the national government lacks strong political, economic, and social integration in these regions, resulting in a low degree of integration between these regions and the external economy, society, and culture. This may lead to the disconnection between the economic and social linkage development of autonomous regions and other regions of the country, which breeds a tendency of separation in these regions. Some rich autonomous regions like Catalonia in Spain want to get rid of the “burden” of other poorer regions. Some traditional settlements “abandoned” by the modern society seek to be separated from the other areas, such as 300 Indian reservations in the remote areas in the United States. This is a frequent drawback derived from the so-called high degree of autonomy in the West.

Due to geographical, historical and other factors, the economic and social development of most of the 155 ethnic regional autonomous areas in China relatively lags behind. The Chinese government has adopted various measures such as financial subsidies, counterpart assistance, targeted poverty alleviation, blazing the border areas and enriching the people, and ecological protection to help all ethnic groups in ethnic regional autonomous areas accelerate their development. For example, since the establishment of the Tibet Autonomous Region in 1965, more than 94% of Tibet’s fiscal expenditure has come from the Central Government. From 1950 to 2008, the Central Government invested 386.23 billion yuan in Xinjiang, accounting for 25.7% of the total investment in Xinjiang in the same period. From 1955 to 2008, when the Xinjiang Uyghur Autonomous Region was established, the financial subsidies to Xinjiang given by the Central Government amounted to 375.202 billion yuan. Especially since 2000, with the implementation of the western development strategy, the Central Government’s financial subsidies to Xinjiang have increased year by year, with an average annual increase of 24.4%, reaching 68.56 billion yuan in 2008. The financial support is still continuing.

Thanks to the strong support of the state, the past few years witnessed the rapid development of various undertakings in Tibet, Xinjiang, and other ethnic regional autonomous areas. The living standards of the people of all ethnic groups, including the Uyghur, have made progress. The water buckets, oil lamps, and dirt roads are replaced by water pipes, electric lamps and tarmac roads. The poverty that has harassed the regions for thousands of years have been eradicated and living standard is catching up to other areas with a great leap.