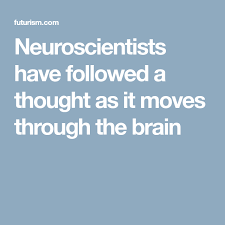 The scientists of the USSR defined consciousness as a ‘special arrangement of matter’ at a time when many bourgeois scientists in the West were still mired in the dogma of religiosity – or what Lenin refers to as the ‘fog of religion’! Many have believed that ‘thought’ represents the ‘spirit’ of humanity, and that ‘consciousness’ exists in opposition to ‘matter’ – as if they are two different and unrelated streams of reality, but this approach is obviously a misconception and thoroughly ‘untrue’! As unlikely as it may seem to the bourgeois mind, ‘thought’ is a physical construct comprised of matter. The historical problem has been one of working-out ‘how’ to measure and ‘define’ this type of matter. This issue has been resolved through the development of better technology that grants the ability to observe the ‘subtle’ nature of the matter that comprises the ‘thought’ structure.

In the ancient past, human-beings were not even able to correctly understand where ‘thought’ and ‘consciousness’ originated – with many cultures assuming that this type of ethereal ‘awareness’ emerged from the human-heart – together with the accompanying ‘emotional’ feelings associated with human interaction. This misapprehension seems to have been shared equally in the East and West. Today, it is understood that the seat of consciousness is the physical organ of the brain. From the brain (which controls all the chemical processes in the body ‘behind the scenes’ as it were), also manifests the ‘mind’. Or, in other words, the ‘mind’ emerges’ from the brain. The ‘mind’ has always been considered ‘ethereal’ or ‘non-substantial’, but these impressions represent a lack of scientific understanding on behalf of humanity, and a lack of appropriate technology to ‘see’ into the secrets of the material universe!

Neuroscientists have now been able to ‘track’ a human thought as it is born within the structures of brain, matures to reality, and then dissipates once its function is achieved. Most thoughts, regardless of intent, look very similar, but vary considerably with regards to inner content. At the moment, the ‘physical’ structures of the inner content of each thought cannot yet be seen, but it is logical to assume that one-day an entire thought and its content will be able to be perceived through the use of appropriate technology. What this demonstrates is that ‘thought’ is not the product of a separate ‘spirit’ and is not imported into the mind from a source outside the body! The inner content of a thought can be anything the individual decides as it is not ‘real’ but only a holographic representative of an assumed reality. The relatively small space allotted to each thought can be re-imagined as infinity without end, and its contents as odd, deranged, wrong or as strange as the individual requires!

The concept of ‘god’ is merely just another inner construct in a material thought misconstrued as existing independently of the brain that conceived it. Obviously, with this breakthrough, all religion is automatically exposed as being incorrect and a product of an incorrect interpretation of reality. God does not exist outside of the inner construct of the thought that creates it. People can think otherwise due to the haphazard manner in which they habitually ‘arrange’ the inner content of their thought processes. The immense subject that is ‘theology’ is simply a method to justify the false-concept of a god construct and is the consequence of a continuous and incorrect organisation of the inner constructs of each thought that emerges in the mind of the religionists. This scientific breakthrough proves that Karl Marx was theoretically correct when he stated that the thinking of theistic concepts is ‘inverted’ in that a ‘god’ concept generated in the mind by a human thinker is mistakenly assumed by that thinker to independently exist in the universe. Furthermore, this ‘god’ concept is falsely believed to ‘pre-exist’ the birth of the thinker and post-exist his physical death – when in fact the ‘god’ concept has only ever existed within the confines of their thought processes! Humanity creates ‘god’ – ‘god’ does not create humanity.