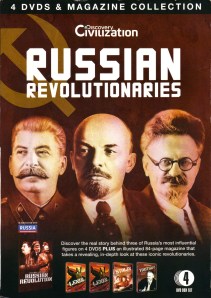 It is the duty of every worker to educate him or herself. Without access to ideologically sound education, the worker is destined to remain in the psychological and physical vacuum of a highly oppressive, destructive, and repetitive existence. Without access to good quality education, nothing can change for the worker, or the working class. Living in a bourgeois, capitalist society means that the ‘default’ setting for all education is that of the historical and philosophical justification of greed and profit accumulation. Implicit in this is a sustained and highly developed (and directed) hatred toward anything remotely ‘Socialist’, or indeed ‘Communist’, and this is particularly true of the history of the Soviet Union (1917-1991). In a secular society that has grown out of its Judeo-Christian past, a pious honesty has been replaced with the routine practice of ‘disinformation’, or to put it in plain language, the official sanction of institutional ‘lying’. Governmental news networks present what they consider to be the ‘news’ through a format that has more to do with effective advertising, than it does with any academic consideration of current events. The providing of news and education within a modern, capitalist, liberal, and supposedly democratic society, has become nothing more a sophisticated operation in the insurance of ‘thought control’ throughout its populace. Regardless of the actual facts of the matter, national governments, (controlled as they are purely by selfish bourgeois class interests), concoct versions of the truth that can be altered at a whim, and mixed and matched to suit a sudden change in current events, or directional shifts in popular mood and belief. The UK and the USA today, present an official news and educational face to the world that can only be described as ‘fictional’ in its rather ‘elastic’ relationship to reality. This relentless ‘Disney-fication’ of reality is designed to create a passive, receptive, and unquestioning docility in the mind of the average citizen. Within liberal democracies, an individual is considered ‘free’ as long as he or she does not dare to think ‘beyond’ or ‘through’ the official policy of the moment. All truth – to the bourgeoisie – mimics the bible they so admire and is considered ‘absolute’ – until circumstances changes that politically render each former ‘ultimate’ truth immediately obsolete, leaving it automatically abandoned as if it never existed! This curious blend of unquestioned religious theology and secular pragmatism, leads to bizarre statements such as the following ‘disclaimer’ (which accompanies the Discovery Civilisation DVD and magazine box-set entitled ‘Legends of the Russian Revolution’):

‘The views in this magazine are those of the author but they are general views only and readers are encouraged to consult the relevant and qualified specialist for individual advice in particular situations.’ (2013: Legends of the Russian Revolution’ Magazine: by Hilary Brown)

In other words, the information contained on the 4 DVD’s (just over 5 hours), and within the 82 page accompanying magazine, is not to be taken seriously, and must therefore be considered academically unsound! This is not surprising, as this particular box-set about the Russian Revolution has 2 discs dedicated to Lenin, and 1 disc each dedicated to Trotsky and Stalin. This is not an impartial or objective treatment of an important epoch in world history, but is rather an obvious rightwing attack not only upon established history, but also upon modern Russia. In an attempt to appear ‘international’ in its scope, this (American) Discovery Civilisation presentation has on its cover, the following description:

‘In Association with Russia Television and Radio’

This post-Soviet Russian Broadcasting Corporation has provided very interesting historical film footage of the era, involving all the main characters concerned, together with what must be described as the strangest so-called Russian speaking ‘historical experts’ on the revolutionary period. The footage all seems ‘dated’, even that involving the ‘historians’, which raises the suspicions that the continuous anti-Soviet viewpoints they express are in fact ‘dissident’ opinions recorded outside of USSR at some earlier date, and presented here as ‘contemporary’. Whatever the case, the opening salvos in the documentaries, (presented in Russian dubbed over in Russian accented English), depict Lenin as a ‘mixed-race’, and highly dangerous individual who was hell-bent on gaining personal political power in Russia, regardless of the cost in human lives. This so-called ‘historical’ assessment is highly flawed and superimposed over film footage loosely relating to the topic at hand. The message is clear – Lenin was a clever lunatic who came to power due to a distinct set of historical accidents that he later packaged as ‘Marxist’ in nature – but which in reality had nothing to do with Scientific Socialism. The political assessment contained within this box-set does not go much deeper than this basic crudity. An attempt at credibility is attested by the fact that it seems that even Russian citizens – in the shape of the interviewed historians – resent Lenin’s presence and achievements upon the world stage.

The bourgeois hypocritical eulogising of religion is present in the form of the highly sympathetic treatment the Romanov imperial family receive. This family of parasitic aristocrats lived a life of opulence and luxury in a country where people routinely died of starvation, drought, disease, cold, and warfare, etc. The vast majority of the subjects of Csar Nicholas II could not read and write, and even if they managed to avoid the usual demeaning calamities associated with feudal existence, their life expectancy was low. The magazine author – Hilary Brown – presents the case that the Romanovs were nothing short of Christian saints living on earth, and the fate that befell them after the revolution (they were executed by Soviet forces as enemies of the state in 1918), nothing short of the influence of the devil on earth! Brown disturbingly dedicates an entire page to the fact she conveys, that in 2000, the Russian Orthodox Church decided to ‘canonise’ the former imperial family, and to finance the building of an ornate church on the land the family were executed. Brown also claims that the post-Soviet Russian government has formerly acknowledged that the Romanov’s were the victims of political persecution – which completely ignores the fact that before 1917, the Romanov’s were the source of all political persecution in Russia and beyond.

Brown demeans the Soviet dead during WWII as being between ‘15-20 million’, and in so doing removing around 10 million from the final reckoning. All this serves her demeaning policy toward the USSR quite well, as she depicts Joseph Stalin as a deranged mass-murderer who somehow managed to ‘save’ and ‘inspire’ a diverse Soviet Union in its fight against the Nazi German invasion. Despite the fact that the 30 million Soviet sacrifices saved Western Europe from defeat, very few pages are dedicated to Stalin – although Brown does manage to sneak-in a photograph of her rightwing hero Winston Church into the section on Stalin. Stalin’s obvious effectiveness as a coherent leader of the Soviet people is presented as yet another mark of his insanity. The impression is that Stalin – like Lenin before him – was an opportunist who simply took advantage of events that favoured his political ambitions. Trotsky is very much presented as a victim of the Soviet system, whereby his loyalty to Lenin was ultimately punished by Stalin with his exile, and in Brown’s opinion – eventual murder in Mexico. Trotsky – a major early influence in the revolution itself, presents Brown with something of a problem, as he contributed to so much anti-Soviet propaganda whilst living in the West, and yet was present at the inception of the USSR itself. Whilst presenting Trotsky as a victim of Soviet barbarity, Brown conveniently ignores the fact that Trotsky was quite happy to brutally put-down the Kronstadt rebellion in the USSR in 1921, whilst he voiced many of these rebel’s opinions during his exile, etc. Lastly, a strange diversion occurs in this box-set purportedly concerning the Russian Revolution, which can only be viewed as an example of clear ‘fetishism’ in the extreme, with the inclusion of the story of the Romanov’s association with the Christian mystic known as Rasputin. The only consistency here is that Brown clearly misrepresents the historicity of Rasputin as she does Lenin, Stalin, and Trotsky. The endearing image that Brown tries to portray is that of a kindly Csar trying desperately to seek spiritual solace from any quarter he could. However, with the current anti-Russian racism (and pro-Ukrainian fascist support) sweeping across Europe and the USA, the point of this box-set seems obvious and clear. Near the completion of the magazine Brown lets the cat out of the bag as she reveals that the modern Russian leader Vladimir Putin – in her opinion – is nothing more than a contemporary incarnation of Joseph Stalin! The true nature of this box-set is perhaps revealed by a photograph of the former rightwing US President Ronald Reagan. This is not a good narrative and serves as a very bad influence for legitimate students of history. It is a clear bourgeois distortion and should be avoided.