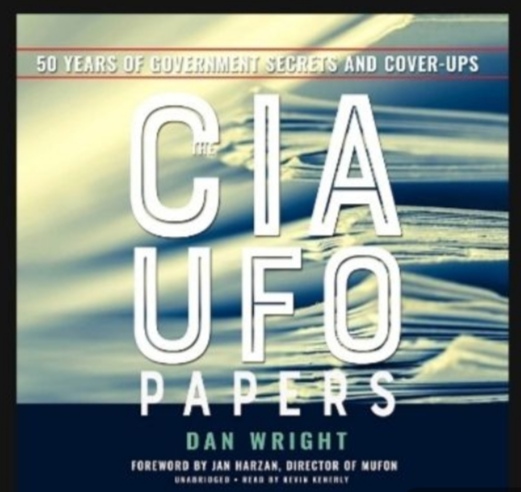 In 2017, the CIA uploaded one million files concerning UFOs onto its (publicly accessible) permanent website. These files had previously been Top Secret when first compiled, and before being released to the far more secure National Archives. These could only be accessed on site – but only by private individuals who had to declare all their details and ‘why’ they wanted to view them (a limited access that monitored ‘who’ and ‘why’ such data was being scrutinised). An outgoing President Obama arranged for these CIA files to be transferred properly into the public domain and placed onto the CIA’s permanent website (in the CIA’s permanent electronic reading-room). I keep an eye on this type of data for various research purposes. This book is an excellent assessment of this bulk of data by ‘MUFON’ (Mutual UFO Network). Having now witnessed their work first-hand, I now have a healthy respect for their objectives and methodology. Firstly, there are 20,000 files and not ‘one million’. This is the first passive barrier overcome. Secondly, out of these 20,000 files, only around 550 files are directly relevant to UFOs whilst the others are of no connection (supposedly chosen and released by robot due to the numerous appearances of the letters ‘U’, ‘F’ and ‘O’ throughout the texts but with no connection to UFOs). However, according to the CIA, the reason why the US government is interested in this subject is that the proof of another form of life in the universe would put the socio-economic system of capitalism under threat! Judeo-Christianity would be contradicted (undermining its power on earth and its promise of an after-life), and would lead to a general lack of a sense of ‘future’ (which capitalism and Christianity both rely upon to peddle their mutually supporting ideologies). It was thought that people would stop borrowing (and saving) money to buy homes and start renting, whilst tinned food would flourish over the long-term production of more perishable goods. No one would be interested in insurance or assurance, and all fiscal control would collapse. Humanity would start living more ‘existentially’ and less in mythological pasts and futures, with the bourgeois system of privilege breaking down due to a lack of maintenance. In short, humanity would no longer ‘believe’ in capitalism or its old order of ‘class’ distinction and worker ‘exploitation’. The foundations of capitalism would be undermined as greed would be replaced by fear of the new species, and a subordination to their more advanced science and technology (rather than designing, building and developing any ‘new’ human technology – due to a breakdown in the capitalist division of labour). Any notion of war would lead to an inevitable defeat and direct colonisation of the earth by the incoming alien civilisation. For these reasons – the CIA was ordered to make a study of UFOs by the US government.