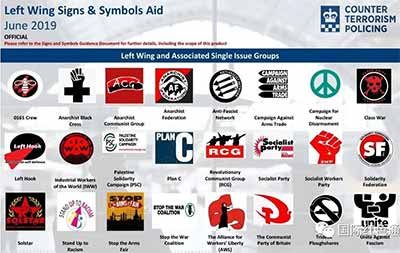 Labour was never a working-class movement despite British Socialists being amongst its original founders. As soon as these British Socialists formed the Communist Party of Great Britain (CPGB) in 1921 – the true colours of the ruling middle-class elite in Labour made themselves known – and the ‘Communists’ were permanently ‘expelled’ from the Labour Party, whilst the joining of the Labour Party by individual Communists was forever ‘proscribed’! This remains exactly the situation today despite the Soviet victory in WWII – a situation that causes no end of surprise and consternation as the Communist Party of Britain (CPB) makes it a defining policy to support the Labour Party regardless of whatever ridiculous policies Labour’s leaders happen to be espousing, or the non-working-class nature of its political trajectory. Naturally enquiring people ask how it is that the Communist Party can support a Labour Party that has historically ‘rejected; Communism as an ideology and individual Communists as members?

Of course, from a logical perspective there is no credible or dialectically meaningful answer to this question. The lack of any Marxist-Leninist justification gives the definite impression that the CPB is pursuing an undeclared ‘Trotskyite’ path – whilst giving the impression on the surface that a Marxist-Leninist explanation lurks somewhere in the darkened corners of the situation. As Labour is linked to the Unions – in as much as the Union finance the Labour Party – there is not one single Marxist-Leninist Union to be found in the UK! All are either ‘Utopian’ Socialist or straightforward ‘Trotskyite’. This type of Socialism seeks to cooperate and collaborate with the bourgeois status quo and to avoid a Revolution at all costs in exchange for a few ‘rights’ in the work-place – ‘rights’ that can be easily reneged upon at a later date.

The Labour Party today, is little more than a soft-Tory option, more or less occupying the centre-ground of politics vacated by the old-style pre-Thatcherite Conservatives. There is nothing remotely ‘working-class’ about any of Labour’s policies or intentions! New Labour wasted twelve-years in power pursuing a Tory agenda of privatising the NHS and persecuting anyone who had to rely on the welfare system! What the controlling right-wing section of the Labour Party did to Jeremy Corbyn – aligning itself with Zionist Israel and allowing that country to interfere in British politics – was disgusting to say the least! The Communist Party of Britain (CPB) should be the vanguard of the working-class – but instead it has allowed the bourgeois and Trotskyite Labour Party to set a reactionary agenda which Communists have been expected to follow! This is an ‘inverted’ bourgeois reality that has to stop – or there is no need for a Communist Party to exist if it does not fulfil the task allotted to it by VI Lenin! The CPB should stop depending upon the Labour Party and turn this situation around in the name of the British working-class! Compromise will not do on this issue and the time has now come to develop a ‘new’ ideological direction that recaptures the glories of times gone by – whilst building for a better and brighter tomorrow!