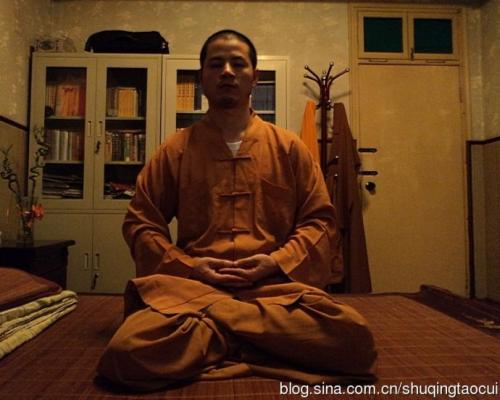 ‘Using words’ to convey meaning – should not be confused with ‘using no words’ to convey essence. Using ‘thoughts’ about words is not the same as ‘perceiving’ the empty mind ground from which thoughts arise. It is as clear as the space between words which equal the space between thoughts. It is this ‘space’ where the answer lies – and not the words themselves – which are arbitrarily ‘seized’ by the mind when defining reality.

The Buddha (and Charles Luk) said ‘nothing’ when pointing toward the essence of words/thoughts. Even those theists who believe in god – perceive the divine essence in the gap between constructs. It is not that constructs lack reality – but that in their unenlightened form they lack perceptual depth and are superficial markers of reality – this is why such impediments are given-up for a time. Attachment to the very words that set us free is nothing less than a fixation with the open prison-door that we refuse to walk through. Compassionate action demands freedom from attachment, whilst worldly attachment equally demands a certain loyalty to being perpetually ‘ensnared’. Which is it to be? More words do not ‘reveal’ the empty mind ground unless they are used in a skilful manner.

Why did the Buddha cross the road?
He mistook his ‘tongue’ for his ‘foot’…
This is not a laughing matter (at least for his mouth).
As his shoe would not fit upon his head…

And his tongue could not fit into his mouth.
What a sorry state of affairs this is!
As laughing with the feet is not allowed…
Whilst walking upon the tongue is counter-productive.

None of this madness indicates the empty mind ground.
Going places changes scenery in-front and behind…
But perception remains non-purified and shallow.
It is better to say that none of these words contain any structure!