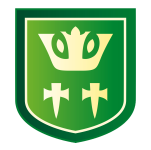 Author’s Note: Academies in the UK are what were once proper schools controlled and regulated directly by the government – but which were ‘sold-off’ to local businesses in an attempt to ‘monetize’ our children’s education. Raising funds for ‘trendy’ or ‘popular’ issues is also part of this ‘money-making’, etc. However, despite the ‘Wild West’ and truly ‘decadent’ nature of these business entities – there are still rules of ‘impartiality’ that must be followed. An ‘Academy’ getting directly involved in a political issue breaks the ‘impartiality’ clause in its contract it has with the government to provide ‘free’ and ‘fair’ education to the children that are legally under its care. Below is a letter of complaint that I have constructed using my knowledge of the law. Of course, as there is a great deal of nepotism and corruption surrounding these entities – they will attempt to wriggle-out of the trap I have sent. This does not matter. What matters is that a ‘dated’ and ‘signed’ complaint has been provided in writing – thus generating a ‘legal’ document that an ‘Academy’ cannot afford to ignore! Do not be bullied into conforming to immoral or illegal acts committed by official bodies – particularly when they are trying to committ these acts in your name or the name’s of your children! ACW (16.3.2022)

Please be advised that we do not consent either a) directly b) indirectly or c) implied – concerning the issue of the ‘Academy’ (or its associated commercial, legal or business entities – which includes ‘charities’) – attempting to involve our children in fundraising for ‘adult’ political issues – particularly those which possess the harmful potential of ‘dividing’ the student-body down ethnic-lines.

Please be further advised that to attempt to do so is ‘unlawful’ and contravenes the legally binding ‘Agreement’ signed between each ‘Academy’ and the Home Secretary to provide ‘fair’ and ‘impartial’ education to ALL children under the ‘Academy’s’ care.