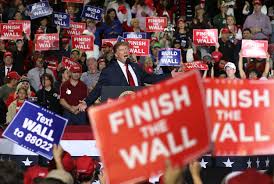 Since 1945, the US government has been engaged in the demonisation of the left-wing and the eulogising of the right-wing. This has been at the cost of working-class impendence and rationality.  The right-wing has been made to appear as the ‘mainstream’ when in fact it is far to one-side of the political spectrum, and represents fascism as the yardstick through which US ‘freedoms’ are measured’ and ‘preserved’. Of course, ever since Edward Bernays ‘invented’ consumer capitalism in the early 1920s – together with a ruthless, brainwashing advertising campaign – the US public has been manipulated by its government (and business community) toward adopting a right-wing political position entailing the resultant loss of cognitive ability, reasoning, and intellectual vigour. The so-called ‘Cold War’ was nothing less than a US contrivance designed to demonise Socialism, the Soviet Union and the Communist Bloc, a corrosive process that has been so successful that its deployment is seldom questioned nowadays, whilst its associated paradigm of intolerance and institutional stupidity is interpreted as ‘normal’ and ‘to be expected.’ In other words, like a ‘natural disaster’ or an ‘act of god’ – the population of America can do nothing about ‘fascism’ other than accommodate and encourage it.

President Donald Trump is a fascist. He likes to project the image of a lovable rogue whilst expressing the most vicious and ruthless expressions of racism. Trump was propelled into power by the very media-mechanism in the US that he now terms ‘fake’ and ‘corrupt’. Every one of these news reporters that are trying to make a career-defining move for themselves – by criticising Trump for not acknowledging his loss in the recent US national elections – are exactly the same hypocrites that placed him in power by continuously ridiculing and misrepresenting the political centre and political left. Trump is a liar, of course, as is any good and effective fascist-leader, but he is right about the US media being corrupt. He should know, because he has been a very good friend of this media all through his business career, and it repaid his loyalty by supporting his run for the Presidency. Trump, like Hitler, wishes to replace material fact with raw will-power – as if the latter retains a mystical ability to ‘alter’ and ‘transform’ the former into a situation more conducive to his fascist policies. This approach ultimately did not work for Hitler, and it is doubtful it will work for Trump!

The media who elected the obvious fascism of Trump did not care about working-class people or the damage Trump’s racism does to non-White people. Non-White Americans have been given a stark choice – either support Trump’s ‘White’ racism – or get out of the country! It is more subtle than this, as those non-White Americans born in the US are viewed as somehow being ‘un-American’ due to their non-White ancestry, and are not to be trusted. Although Trump’s fascism strives to keep ‘non-White’ migrants out of the country – it also seeks to keep non-White ‘Americans’ out of the top jobs – or any posts where they might be ‘empowered’ or placed in a position to effectively ‘oppose’ Trump’s racism. Trump’s view is as clear as Hitler’s – non-White people exist to ‘serve’ White people – end of story. Accommodate this White privilege or get out the country because we do not need or want you here. Given this obvious message of rejection, it is interesting to see the extent of Black, Asian and Hispanic support for Trump at a time when the Trump Administration has been viewed as a ‘blank cheque’ for racist police officers to attack, rape, maim and kill any non-White people they encounter in their professional lives. Under Trump – the killing of non-White people by US law enforcement has become a deadly epidemic!

The above video is very interesting as it shows Trump at his best – employing every left and right cliche he can think off, whilst projecting the reality that America is ‘White’ and that is the distinguishing element of US culture that must be preserved at all costs! Those that keep the US ‘White’ are ‘heroes’ according to Trump – heroes who must be acknowledged and supported in every racist act they commit! The media is the ‘enemy of the people’ if it fails to share this view –although by ‘people’ Trump means ‘White’ citizens only. Within left-wing politics, the term ‘people’ usually refers to ‘all’ people regardless of creed or colour and excludes no one. Trump uses this left-wing term, but he does so in a right-wing way. Trump says one-thing but means another utilising a type of ‘double-speak’ that would interest Jacques Derrida! This ‘hidden’ meaning tactic explains the entirety of the Trump Administration and its hate-filled rhetoric. If the hatred can be fed to the masses whilst wrapped in cotton-wool – everyone will be happy to adhere to its strictures – or so Trump thinks…