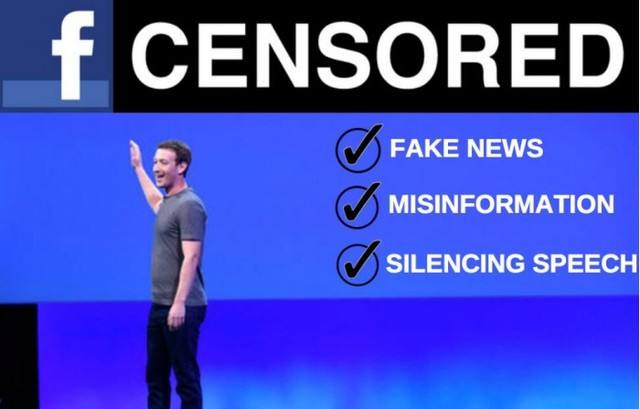 Facebook has a facility to report posts that are conveying false news, violence, scams or any other prohibited content (the latter concept defined by FB). This gives the false impression that FB is impartial and ‘fair’ in its handling of the content that passes through its social media platform. FB is quite rightly ‘blocked’ in China as it serves quite openly as an aggressive (and anti-Socialist) branch of US foreign policy. FB is not ‘neutral’ in its usage of our data and is continuously agitating in support of the political rightwing. Yesterday, FB facilitated the terrorist attack in New Zealand by allowing Brenton Tarrant to build-up a substantial neo-Nazi following, and then to host his 17-minute video of racist ranting and murder as he calmly walked through a mosque in Christchurch ‘executing’ every unarmed and innocent man, woman and child he encountered. FB gave this White, Christian, neo-Nazi murderer an audience of millions around the world! This video has been recorded and spread far beyond FB and is now used as something of a ‘Fetish’ amongst far-rightwing and rightwing groups around the world.

I continuously ‘report’ FB-hosted fake news to Facebook about China emanating from the US-sponsored Epoch Times, Falun Gong Cult and Pro-Tibetan Movement. This can be in the English or Chinese language, and is shared by Western anti-China racists, and diasporic Chinese people opposed to Socialism and aligned with Western racism (mostly in or from the US colony of Taiwan). Although I can prove that these posts are propagating untruths through reliable and sound academic evidence – and despite making literally hundreds of reports to FB about fake news – FB has NEVER upheld any of my complaints! Of course, it will never take the side of Communist China (even when I am right) simply because FB is following the dictates of the US Government and has absolutely no interest in the truth! FB is a racist, Zionist and neo-Nazi social media platform pretending to be ‘humanitarian’ when one of its aims is to assist the attempted destruction of China on behalf of the US Government!