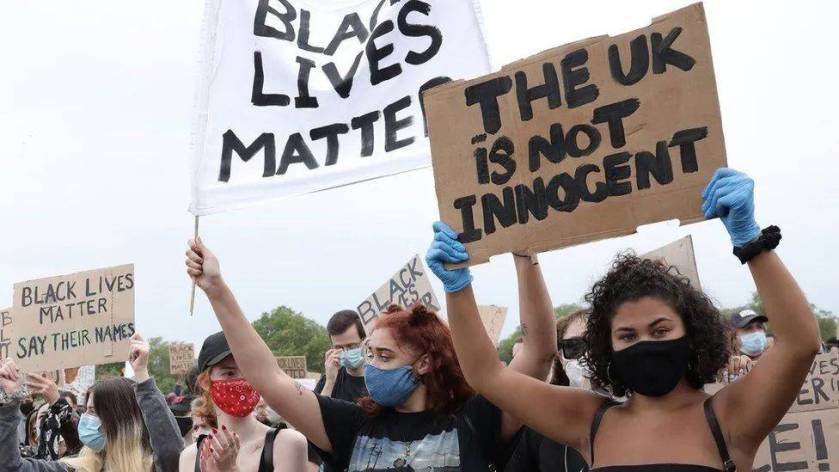 The US represents the hegemonic power of the Western bourgeoisie which works to prevent the working-class of the West from a) uniting around Socialist ideology and b) using such a development for the Western branch of the Proletariat to demonstrate genuine (anti-racist) ‘Internationalism’ and ‘Solidarity’ with workers in China, Asia and the world! It is this ‘Unity’ of the International Working-Class that the controlling Bourgeois fears the most! Therefore, the Bourgeoisie deliberately cultivates the agency of ‘racism’ in the minds and bodies of the Western workers as a means to prevent the International Unity of the Workers – and it achieves this through the agency of Hitlerite ‘lying’ – which has been a very effective tactic which strengthens and boost the far-right. Socialist China is on the rise, and so the only response the decadent and corrupt US has to offer is the fictional misrepresentation of China designed to make Western people ‘hate’ and not ‘respect’ this Socialist country! In effect, as the US drips with religious hypocrisy, it is important for it that China is ‘demonised’ and appears to take on all the attributes of the truly ‘evil’ – conforming to all the inverted bourgeois stereotypes that define the thoroughly corrupt Judeo-Christian tradition! For this to happen effectively, all the great achievements of a Socialist China must be nullified through the use of unwarranted negativity so that the Chinese mind, body and physical environment becomes a nightmarish domain that nobody in their right mind would want to visit! This form of US anti-China racism sees the victory of Hitler and Goebbels (not to mention ‘Trotsky’) from beyond the grave!

China Urges US to Withdraw Sanctions on Officials-Xinhua

“China firmly opposes it and strongly condemns it,” Wang said.

He said the United States has no right to impose unwarranted sanctions against other countries and is in no position to act as a “world policeman”.

He said that China will take effective and resolute measures to safeguard its legitimate rights and interests.