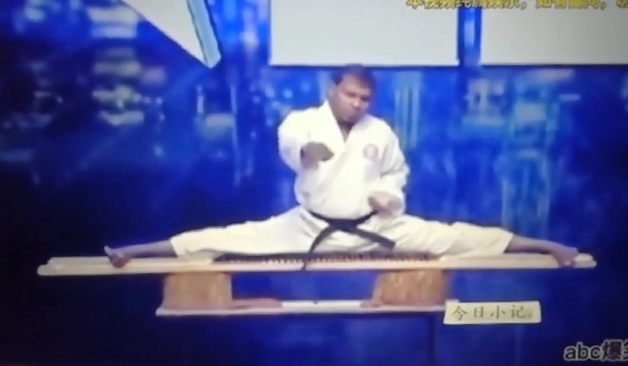 With the US-controlled (Fascist) BJP government of India continuously striving to create military tension along the India-China Border – the recent string of humiliating military defeats suffered by the right-wing Indian Army has motivated the BJP government to search for a ‘new’ martial arts ‘star’ who can invigorate the Indian Nation with a Hitlerite (Swastika-driven) energy! Calling upon the ancient martial spirit implicit within the Bhagavad Gita – the BJP (Fascist) government of India (the ordinary people of which still languish in a religously-driven ignorace and illiterate poverty) has spared no expense in searching amongst its privileged (Westernised) minority – for a ‘new’ hero who can teach (through example) the nasty Chinese a lesson! The above example is the consequence of all this national effort!