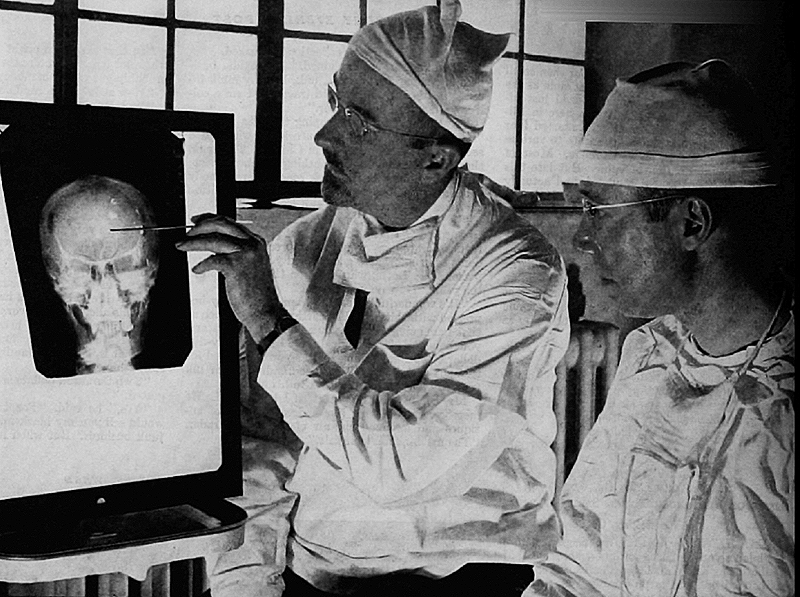 My maternal grandmother -Winnifred Gibson (1918-1999) – worked as the Manager of the NAAFI in RAMC Holton Park [Wheatley] Military Hospital in post-WWII East Oxfordshire. This ‘Royal Medical Corps Hospital’ (RMAC) specialised in treating brain-injuries. The ‘Navy, Army Airforce Institute’ (NAAFI) handled the cooking and serving of food and drink (together with supplying other things such as cigarettes, matches, writing-paper, pens and the like), designed to keep morale high! The typical NAAFI cafeteria often possessed a piano which the men (and women) would make ample use of when off-duty! My grandmother told my mother – Diane Wyles – that the hospital possessed its own military runway and handled weekly flights to and from the USSR carrying British and American soldiers (and sometimes civilians) for ‘free’ medical treatment.

The Socialist medical science of the USSR was very advanced and due to its policy of ‘Internationalism’ – everyone around the world was encouraged to seek-out ‘free’ medical help and assistance! It is interesting to acknowledge that even during the height of the US-contrived ‘Cold War’ – the UK was still willing to co-operate with the USSR for the sake of humanity and its healing! This hospital was originally opened in the UK for use by the US military to handle soldiers injured during WWII – forming the 97th General Hospital set up at Holton Park in March 1944 – it was closed in May 1945 when it was relocated to Frankfurt, Germany. It was during May 1945 that Holton Park Military Hospital was handed back to direct British military control. The hospital closed in 1961, and is now the site of Wheatley Park School.