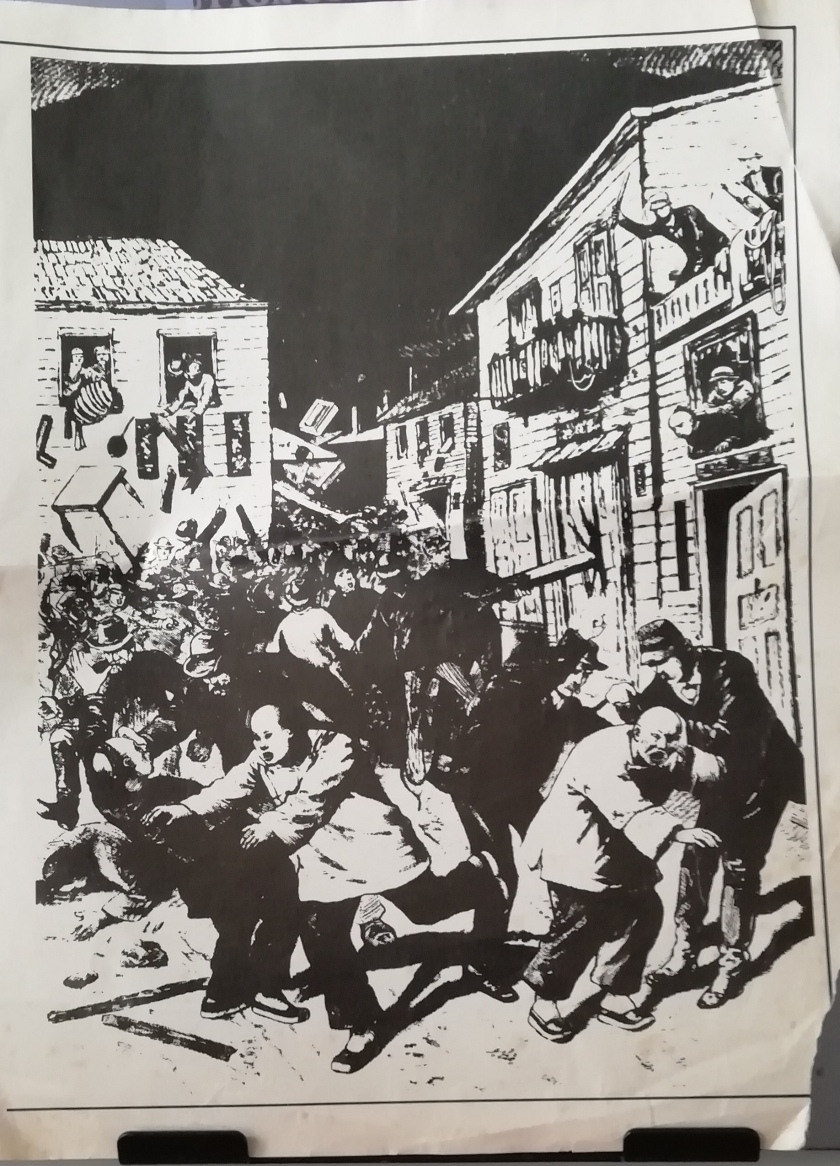 It is incredible to learn that the Labour Unions of the US ‘excluded’ ALL non-White workers from acquiring membership virtually from day one of that movement. Incoming ‘White’ (European) workers organised around their respective ‘labour’ interests whilst permanently ‘excluding’ from membership any perceived or actual ‘non-White’ applicants – so that they – as individuals, could not benefit from any form of ‘group’ membership in the face of the all-controlling management! This included ALL former-slaves and the ‘free’ descendants of slaves, and ALL Native American Indians. Into this labour maelstrom came the Chinese people seeking employment abroad as a means to alleviate the grinding daily poverty that was the norm for ordinary Chinese people living under a corrupt Qing Dynasty (1644-1911) which administered a China that had been ripped apart by Western, ‘imperialist’ incursion! Indeed, the US was very much a part of the ‘White’ colonial invasion of China, and was collectively responsible for the poverty in China through the extraction of ALL Chinese wealth and sources from the Chinese hinterland! Despite intensifying and consolidating this poverty in China – the ‘White’ Americans were definitely not willing to ‘share’ the wealth of their country in anyway, and certainly not willing to allow for any ‘redistribution’ of wealth from the ‘White’ community toward the ‘non-White’ community. This was an obvious development around ‘White’ racism in the US that continues to this day but in a much more organised and better camouflaged legal framework.

Although Trotskyite ‘Socialism’ supported naked ‘capitalism’ aggression and ‘fascism’ both prior to (and during WWII) – and still does, the authors of utopian (that is ‘pre-Marxian’) Socialism (such as Robert Owen and others), and Marxist Socialism – both emphasis the concept and principle of ‘internationalism’ as an antidote to the narrow and destructive ideology of ‘nationalism’ and the ‘racism’ that spawns it! Therefore, a genuine ‘labour’ movement welcomes workers of all nationalities and ethnic backgrounds, thoroughly ‘rejects’ ALL forms of racism and unfair protective practices, and has no association whatsoever with any form of restrictive ‘nationalism’ (Hitler, in numerous pre-1939 interviews, was always of the opinion that utopian Socialists and Marx had usurped and misused the term ‘Socialism’)! It comes as no surprise, then, to learn that White union leaders in the US took to the streets in 1933 actually ‘celebrating’ the coming to power of the odious Adolf Hitler in Nazi Germany – presenting Hitler as being a ‘protector’ of the rights of the White worker! Although White mobs attacking Chinese settlements was a fairly routine occurrence – Hitler’s victory inspired a new intensity of race-hate in the US which saw the rape and murder of untold numbers of ethnic Chinese people – and their bodies disposed of in the most gruesome of manners! Indeed, so bad was this racially motivated violence that President Roosevelt was prompted to opened ‘full’ diplomatic relations with the Soviet Union in an attempt to counter-balance the negative effect that Adolf Hitler had had amongst the White working-class of America! As most ‘White’ American workers remain ignorant of their own history, they do not know that many contemporary so-called ‘China Towns’ in the US are the products of an originally ‘dispersed’ and ‘integrating’ Chinese population that was systematically ‘forced’ (by the violence of ‘White’ mobs) into areas that the Chinese could more easily and better defend from this violence! Finally, I was told that as no ‘Christian’ graveyard in the San Francisco area would allow a ‘heathen’ Chinese person to be ‘laid to rest’ within its hallowed grounds – the dead bodies of deceased Chinese people were ‘bound’ in bandages (like ancient Egyptians) and fed through the old drainage system so that they ‘fell’ into the murky-waters of San Francisco Bay – where the bones of perhaps tens of thousands of Chinese men, women and children still lay!

Note: If anyone has the full article from Inside Kungfu – please contact me.