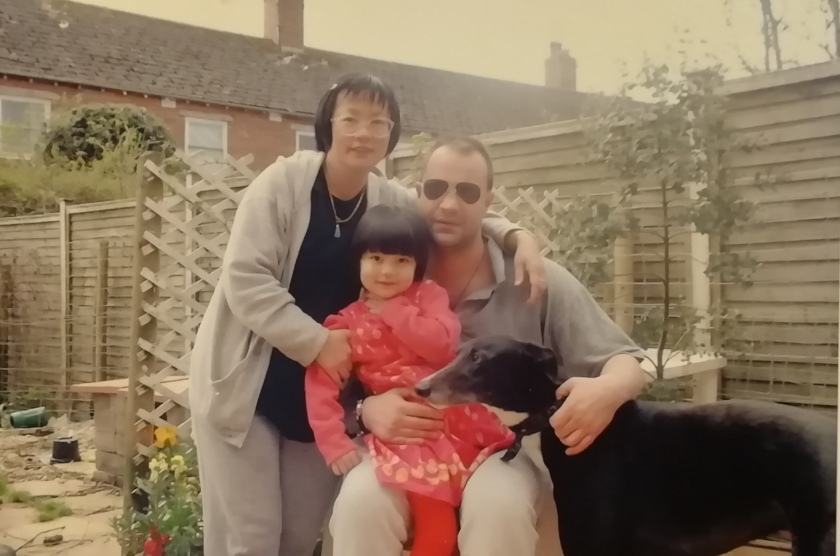 This photograph was taken in the back-garden of my the old house of my parents – 29 Siddalls Gardens, Tiverton, Devon EX16 6DG – which they lived between 1980-2002. This is a very good Council House allocated to me family because we are working-class. When we first moved in, I was just 13-years-old and thought i had moved into a science fiction film! Everything was ‘new’ and ‘clean’! I think Sue-Ling is around 3-years-old in this picture which would make the year around 2000! The lady to the left is my ex-wife – Cindy Chan – a great woman in her own right. At this exact point in time in my life – I was riding on a peak of tremendous inner and outer power the likes of which I have never encountered again despite my many other successes and achievements! Sue-Ling is now a beautiful and mature woman in her own right and is busy enjoying life and making her own way in the world! Unfortunately, Curly (a ‘rescued’ Greyhound) left us in September, 2009 (aged 13-years-old). He passed away in Torquay – in the house my parents moved into in 2002. Curly’s running name was ‘Coal’s Delight’!