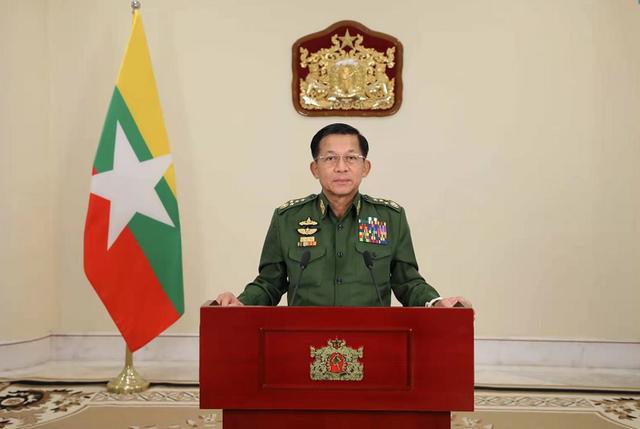 The story entitled the Wizard of Oz includes a central character – the ‘Wizard’ – who is an elderly man thought to be imbued with every known ‘positive’ power under the sun! To maintain this fantasy, the ‘Wizard’ (who is just an ordinary genteel old man) – resorts to very basic conjuring and sleight-of-hand. Magnifying his voice whilst ‘hiding’ behind a curtain and granting abilities that enquiring individuals already possess when they come into his presence, the ‘Wizard’ is viewed as the spiritual and physical ‘centre’ of the country of Oz! For many people just the idea of his existence often suffices to generate a feeling of comfort and security – whilst benefit from arduous and long journeys to the capital in the hope that they can catch a glimpse of this ‘great’ and ‘terrible’ Wizard!

When attempting to infiltrate and coerce the direction of development of other cultures – the Western capitalists often manufacture a ‘new’ Wizard who is consider fit to represent the predatory capitalist system whilst appearing alluring to their own ethnic people! Aung San Suu Kyi is the Western choice of this essentially ‘empty’ character for ‘Myanmar’ – formerly called ‘Burma’ under British imperialist rule! She is considered the best bet of the West to appeal to the ethnic Burmese people and persuade them to go the way of Thailand and allow a wholesale adaptation of US capitalism that keeps the majority of the people in a state of abject poverty – and unable to unite and organise due to the destructive activities of the police and military, etc.

Aung San Suu Kyi agreed to the Constitution of Myanmar when she took power – and she broke that Constitution. It says that the Burmese people – and the Burmese people alone – will decide the direction of the development of the country and no one else! This is to allow the country to naturally develop more toward a Socialist System and away from predatory capitalism – but the British and Americans are determined to take-over Myanmar and produce another Thailand which would exist simply as a playground for rich Westerners – thus repeating the pattern of neo-imperialism across Asia!

This is the reality that Aung San Suu Kyi represents. She is a stooge for the Western capitalists who was caught building separate lines of communication between her government and the Western capitalists, and for developing secret trade routes outside the legally established ones – designed to import Western weaponry, ammunition and technology which is distributed to the various right-wing militias that Aung San Suu Kyi has established in a bid to build-up a ‘new’ Burmese Army which would be directly under the control of Aung San Suu Kyi’s Western paymasters!

Even when she had power, the Western paymasters had become frustrated by the ethnic Burmese response to the Rohingya Muslim incursions that had occurred from over the border in their homeland of Bangladesh. The Western media, whilst pursuing the most rabid of Islamophobic policies in its domestic markets, nevertheless took the position that allowing hundreds of thousands of Rohingya Muslims into Myanmar ‘at a whim’ was to be completely acceptable to the Burmese people – and it was Aung San Suu Kyi’s job to ‘sell’ this policy to her people! The problem was that the predominantly ‘Buddhist’ people of Burma did not want any of this invasion by proxy and thought back to stop it! At this juncture, the West started to refer to Aung San Suu Kyi as ‘supporting’ Buddhist terrorism against the Rohingyas! Indeed, she attracted tremendous criticism when it transpired that she did not exercise the type of influence the West thought she did over the populace she supposedly controlled!

Having been exposed as the Western lackey she undoubtedly is, she now quite rightly faces trial for the crimes she has committed in the name of predatory capitalism. Even under her time of house arrest, however, evidence suggests that she has been controlling and directing a number of armed militias that have carried-out numerous terrorist acts of murder in the country – falsely blaming the killings on supporters of the Burnese Authorities! It is the Western capitalists and their stooge of Aung San Suu Kyi who are the true criminals in all this! The Burmese people have a right to self-determination and to live free from the destructive forces of predatory capitalism!