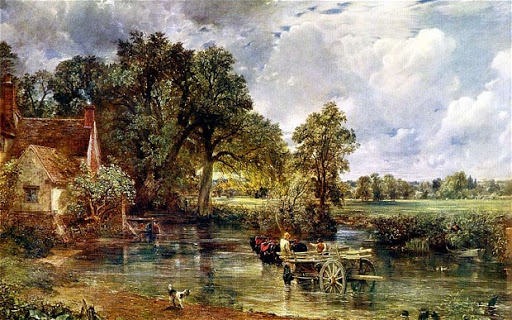 Professional art in the West remains a purely bourgeois affair seemingly detached from the realities of everyday life. It is quite literally a ‘muse’ designed as much for entertainment as it is a distraction from the vicissitudes of everyday life. Art in this guise is nothing but the fabricated ‘individualism’ of the capitalist system writ-large and driven into a cul-de-sac of perpetual exclusivity. It is a domain of privilege and of accumulated affluence, and reflects the political, cultural and social power of the bourgeois class that has generated. As a genre of art, bourgeois expression is reactionary in nature as it tends to portray life ‘as it is’ rather than ‘it should be’, with the onus being on ‘keeping things the same’, rather than making ‘changes’ that would benefit humanity. Indeed, ‘change’ is often the last thing on the mind of the bourgeois artist as he or she strives to faithfully reflect the reality they perceive around them.

This supposed purity of vision has a surprising number categories associated with its expression, all sub-categories of its ongoing and profound conservative nature. This is because bourgeois art excludes any and all possibilities of alternative expressions as ‘errors’ in the system of correct and exact conveyance of the scene that is in-front, to the side and behind the artist. Change in this context is not only an error of the highest degree, but it attacks the very fabric of bourgeois art which is designed to remain buoyant, full-figured and elaborate regardless of the passing of time, or the era within it is surveyed. The important aspect for bourgeois at is that its conservatism is preserved anew for each new generation to ‘enjoy’ and use as a basis for the non-progression and non-development of society.

The Suffolk artist – John Constable (1776-1837) – was very much a product of this world of bourgeois art. He lived to around sixty-one-years of life, which may seem short when compared to today’s standards, but was far in exceedance of the average working-class male of his time. (In the 1850s, for instance, a working man subject to all the cruelties and hardships of Industrial Revolutionary life would have been lucky to have survived serious injury and illness and lived to around forty-years of age). An interesting aspect of this situation is that John Constable is often claimed by the bourgeois establishment to the point where his thoroughly working-class background is obliterated. His ability as a Revolutionary artist stemmed from him being a product of the emancipated ‘Proletariat’ and not a natural product of the bourgeoisie.

His family had been peasants who were transformed into landless ‘Proletariats’ who managed to take control of the Mill that once employed them, and then to take the profit of that Mill and purchase more land and more Mills which his family very efficiently ran to make a very large monetary profit! A Proletariat with money is simply a peasant who has a) transformed and b) managed to turn the exploitative tables of the bourgeois system so that they benefit from it, rather than remain oppressed by it. Due to this relatively quick rise to financial independence, (an achievement most working-class people are unable to achieve after centuries of toil), John Constable retained the Proletariat attitude of continuous and progressive growth that enabled him to both work in his father’s Mill after attending bourgeois school, and then decide to break with the norms of the time, and head to London to master an entirely new skill!

As a youth, John Constable expressed an interest in pencil-drawing, water-colour painting and oil-painting – although the latter was beyond him at such a young age. Although his father – Golding Constable – had adopted the ‘Tory’ attitudes of his fellow landowners, and given that he would have preferred that his son had dedicated his life to running the regional Mill business he had built-up (manufacturing flour which was conveyed to London through the canal system via a fleet of barges), he was prepared to allow John to work for a short number of years to build-up his own money in the family business, before he would be allowed to give-up the only life that his father knew and went to London in search of formal training as an artist specialising in oil-painting.

John Constable was born during the year of the American Revolution (in 1776) in the East Bergholt area of Suffolk. As his family were affluent, local land-owners, he attended school in the beautiful village of Lavenham. He left Lavenham in 1793 (aged around 16 or 17-years-old) and attended the Grammar School at Dedham. He left Dedham Grammar School in 1795 (aged around 18 or 19-years-old) following a mediocre attainment. His father then allowed him to travel to London in search of instruction in 1795 onwards – with the proviso that he balance life in London with working in the Mills in Suffolk. This John Constable did, until he gained entry into the Royal Academy in London in 1799 (at the age of 22-years-old) via a letter of introduction written by Joseph Farington for the Keeper of the Royal Academy – named ‘Wilton’. John Constable was successful in gaining entry by drawing a picture of a human torso.

It is interesting to note that John Constable’s intention to be ‘different’ from his father demonstrates the psychological and physical trauma the British peasantry and working-class had suffered ever since Henry VIII’s sudden and brutal reforms (in 1539) of a society that had remained unchanged for centuries. The individual was ripped from the security of that the herd afforded, and exposed to all kinds of new dangers, uncertainties, possibilities and freedoms. This tumultuous rupture of the ordinary people of Britain made itself felt in the choices that John Constable felt he needed to make. He did not want to stand-still in life and emulate his father’s success – but wanted to strive-out on his own to see what he could achieve under his own steam, so-to-speak. In the days before cameras, an artist possessed a very important position within society as he or she was able to carefully reproduce a picture of an object, person or process in pencil, water-colours or oil – in a manner that no other individual or mechanism could do. John Constable was not interested in art for art’s sake – but rather intended to learn afresh an entirely new profession through which he could make a living and benefit society.

To this end, John Constable started at the beginning with a typical ‘Proletariat’ honesty, as it is universally agreed that his early work is simplistic, immature and typical of someone who lacks both experience and perhaps even a natural tendency toward the activity! This is how reality is. No one is born possessing all the skills they later master, but have to learn from the very beginning in an honest and open manner. It is only within the bourgeoisie that the myth prevails that great artist are ‘born’ with these skills already inherent in their minds and hands! Only the working-class admits this reality whilst the bourgeoisie conspires to obscure and hid this reality. Human-beings transform their physical world through labour – but the means through which this is achieved has to be taught by those who already ‘know’ to those who ‘do not’ yet know. The bourgeoise falsely assume that all this information is imported into their minds and hands by their fictitious god at conception or birth!

Once the veneer of bourgeois appropriation is removed from the biography of John Constable, it becomes clear that his life is one of continuously questioning and pushing against the establishment. This is true regardless of the cultural context and milieu within which he manifests. There was no Labour Party at this time, and when he died in 1837, Karl Marx still lived in Germany and was only 19-years of age!  John Ruskin was only 18-years of age in 1837, whilst William Wordworth was 67-years of age, Although William Blake had died in 1827 (aged 70-years of age) but he had lived long enough to witness the emerging genius of John Constable! His mature style was probably influenced by the Flemish artist Rubens – whose painting entitled ‘Chateau De Steen’ or ‘Chateau De Steen with Hunter’ (painted in 1636 CE) – also known as ‘Het Steen’ or ‘A View of the Het Steen in the Early Morning’ – was his favourite, which he encountered in 1812 at the home of Sir George Beaumont. This is believed to be the first successful attempt at correctly capturing and conveying a ‘Mackerel Sky’ in an oil-painting.

In 1821, John Constable’s masterpiece entitled the ‘Hay Wain’ went on display at the National Gallery in London. Everyone knew it was good – but no one quite understood why at the time.  John Constable remained ‘unbothered’ by praise or blame from the art-world and quietly continued in his quest to perfect his chosen career. When the ‘Hay Wain’ went on display in Paris in 1824, however, it sent shock-waves throughout the world! It won a gold medal which John Constable had no interest in accepting – with its similarity to Rubens being clear for all to see! This was not a mere ‘copy’ of a great artist’s technique – but a fresh and entirely ‘new’ interpretation of a style that was very difficult to emulate, but which John Constable had made his own through clarity of vision, attention to detail and conveyance of an unvarying perspective. The cottage was probably in East Bergholt and belonged to one ‘Willy Lott’ – a local worker. John Constable had sketched the scene in 1814, making note of the time (mid-day), time of year (mid-summer), light variation, shadow, wind-direction and the weather on the back of the sketch.

He was known to have studied a number of books on climate and weather conditions and used this scientific knowledge to enhance his painting technique. (A letter penned by John Constable in 1836 reveals that he studied Thomas Forster’s book entitled ‘Researches about Atmospheric Phenomena’ originally published in 1812. He was also advised to study Luke Howard’s ‘The Climate of London’ published between 1818-1820). All this progressive use of knowledge, and the no-nonsense manner with which he went about his task (like a workman learning a new skill from the foundation upwards) culminated in what he considered to be the by-product of his artistic profession – namely that of notoriety amongst his peers! His first priority was to learn a new skill with the minimum of errors, and then branch-out into new areas once the basics were secured so that he could earn a living independent of his father’s wealth. In this regard, John Constable should be viewed as a ‘working-class’ hero whose family beat the bourgeois at its own game!