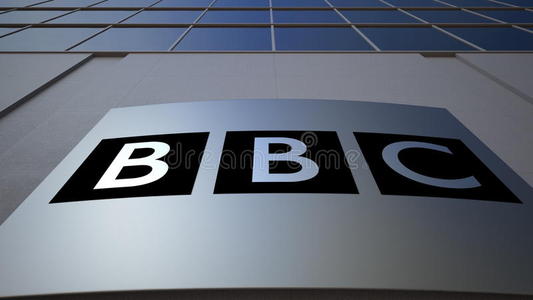 Author’s Note: An excellent Chinese New Year gift sees the racist and deficient BBC World Service ‘banned’ through all sovereign Chinese territories! The US colony of ‘Taiwan’ will continue to broadcast this Western-propaganda station – but action will be taken to ‘block’ these broadcasts. Communist China has acted in a timely and efficient manner as Chinese New Year emerges into that of the ‘Metal Ox’! The Western racists will no longer be allowed to ‘pollute’ the air-waves of China – disguising their racist rhetoric as ‘journalism’! ACW (12.2.2021)

Since 2010, the bias nature of BBC reporting has gone beyond a joke! The BBC has pandered to US anti-intellectualism every step of the way and even had the audacity to ‘insult’ ALL British WWII Veterans by taking the side of the ‘Maidan’ neo-Nazi regime brought into power in Western Ukraine by President Obama in 2014! The BBC presented this despicable regime as a manifestation of ‘freedom’ fighting whilst its Western-armed thugs swept across the country committing horrendous Human Rights abuses! Even today, as US, UK and EU-supported neo-Nazi regimes proliferate through Eastern Europe – the BBC unashamedly protects and supports these murderous regimes simply because they are rampantly ‘Anti-Russian’ in nature! This BBC support of neo-fascism and neo-Nazi movements, together with its continuous misrepresentation of the history of Communism cannot be tolerated anymore within Communist China!  This is why the Xinhua News-agency has released the following statement expressing the ‘new’ anti-fascist reality as decided by the Communist Party of China:

‘Xinhua News Agency, Beijing, February 11th. The State Administration of Radio and Television Reported on the 11th that after investigation, the relevant content of the China-related Reports of the BBC (British Broadcasting Corporation) World News Station seriously violated the “Regulations on Radio and Television Administration” and “Administrative Measures on the Landing of Overseas Satellite TV Channels.” In accordance with the relevant (legal) Regulations – BBC policy, output and ideological direction – seriously violate the requirement that news should be both ‘truthful’ and ‘fair’, should not deliberately ‘harm China’s national interests’, or deliberately ‘undermine Chinese national unity’. These findings mean that the BBC is deliberately pursuing an ‘anti-China’ policy within geographical China, and is therefore deliberately ‘violating’ the conditions that govern overseas channels operating within Sovereign State of Mainland China. Due to this continuous and deliberate ‘illegal’ activity perpetuated by the BBC – the State Administration of Radio and Television hereby lawfully ‘bans’ and ‘discontinuous’ all broadcasting activity of the BBC World News within the Sovereign State of Mainland China effective immediately. As the BBC is now a ‘banned’ entity within the Sovereign State of Mainland – no further applications for BBC broadcasting licences will be accepted after the Chinese New Year.’

This is a mighty blow against the ‘racism’ and ‘lying’ as routinely deployed by international bourgeoisie and in favour of the well-being and progression of the International Working-Class! All genuine Communist Movements should rejoice at this news and applaud the Communist Party of China (CPC)! The British working-class are forced to pay for the BBC – whilst all it does is broadcast against their own class interests! The CPC says ‘no more’!