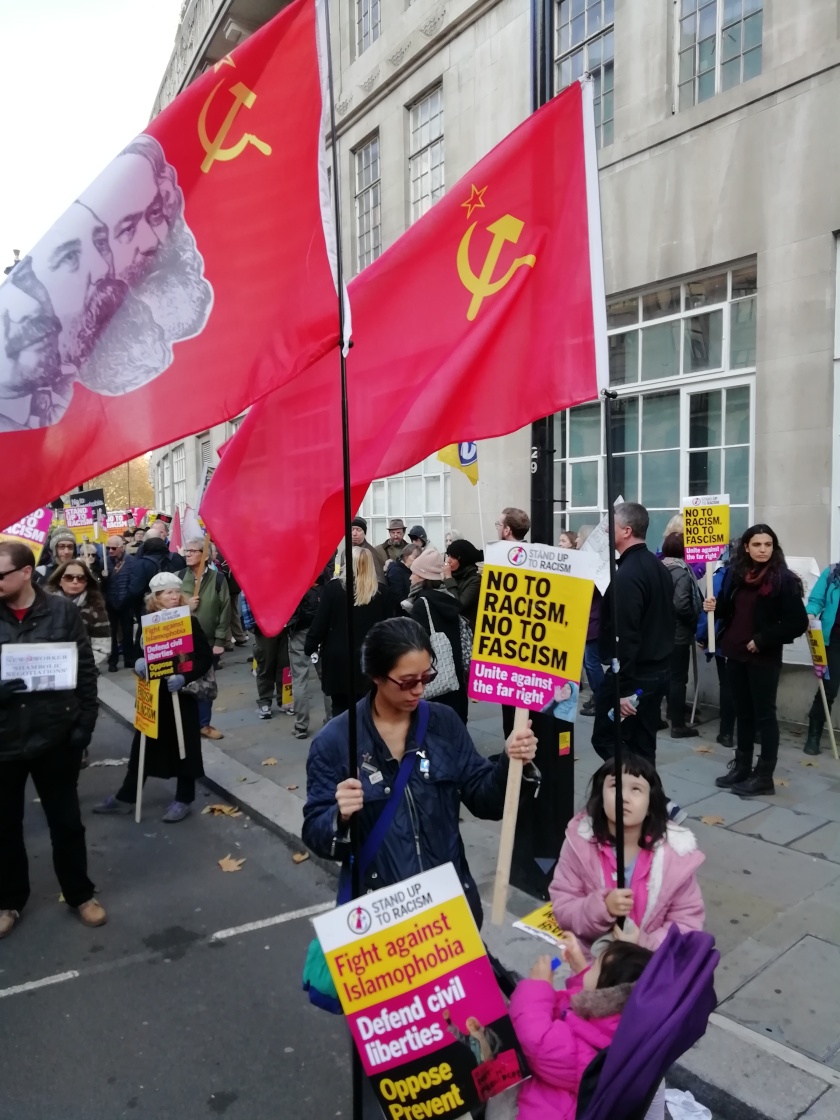 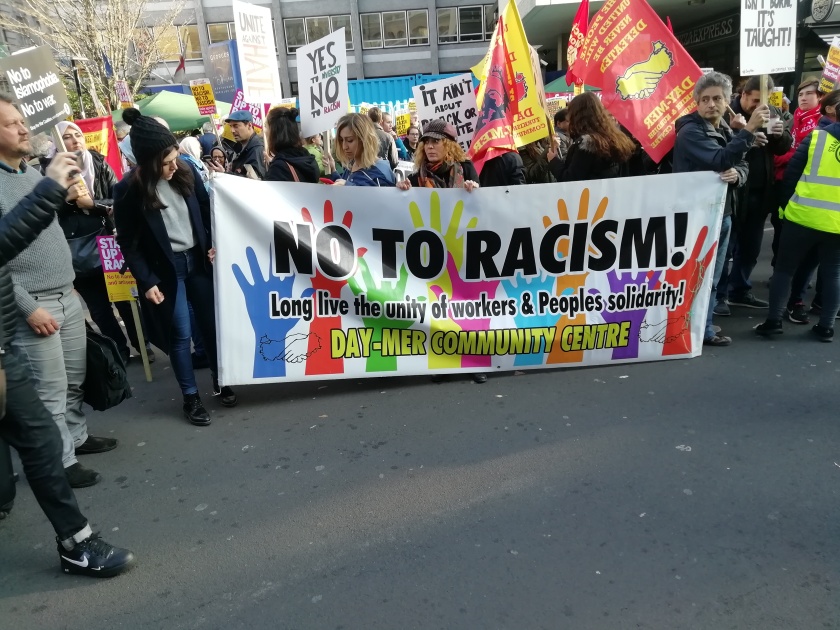 Today, myself, my partner Gee and our two daughters – Kai-Lin (2) and Mei-An (6) travelled from Sutton to Oxford Circus on the Tube to attend the Anti-Fascist and Anti-Racist March organised by the People’s Assembly – a left-leaning organisation that supports the Labour Party. As individuals we represent a plethora of Socialist and Communist parties, organisations, and groups, etc, but responded today to a flyer put-out through social media by the Communist Party of Britain (CPB). We think numbers were in the low thousands, and comprised a number of Local Labour Party Branches, special interests groups and Trade Unions, etc. Although there was no obvious CPB presence, we marched near Comrades of the New Communist Party (NCP). Other than our two Red Flags, we counted two others throughout the entire march, with the Communist presence being minimal. Although the spirit was generally good, the weather was cold and we did not start marching until around 1330hrs. However, an issue I will cover in ‘Report 2‘ involved my family coming under racist attack from a small number of Socialist Workers Party (SWP) members and a disgruntled Polish Catholic recipient of an EU ‘Golden Visa’. We must be careful that the anti-fascist movement is not completely taken over by bourgeois revisionists and their Trotskyite allies. This march was important to us as a mixed-ethnicity family – as racism has been a very real issue in the UK fo us (and others) – that has gotten worse since the Tories (and LibDems) came to power in 2010. There are lots of good people out there – and today we marched with many of them through the streets of London! 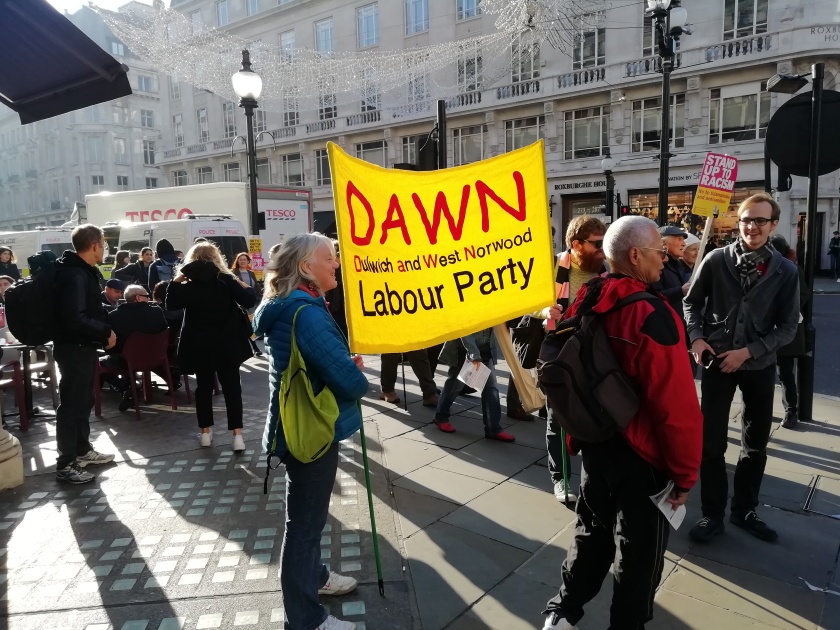 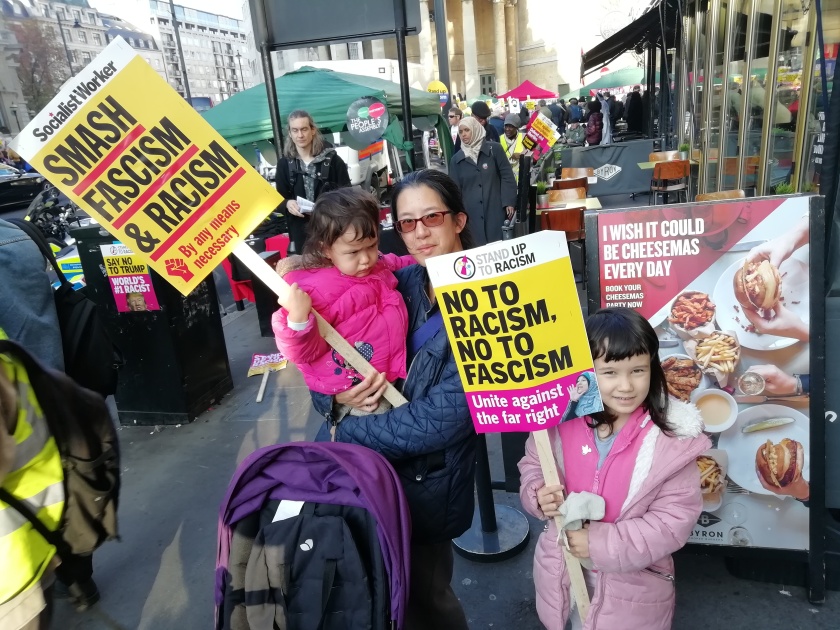 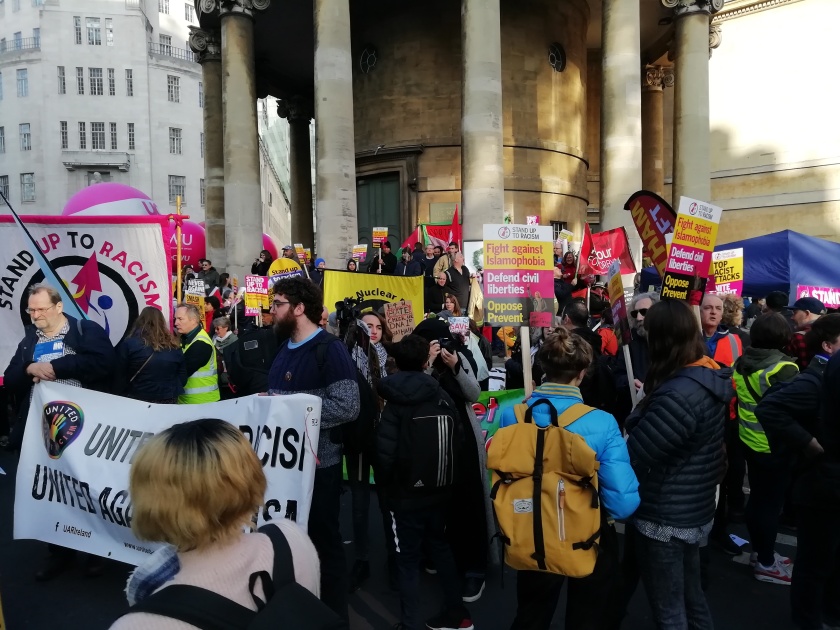 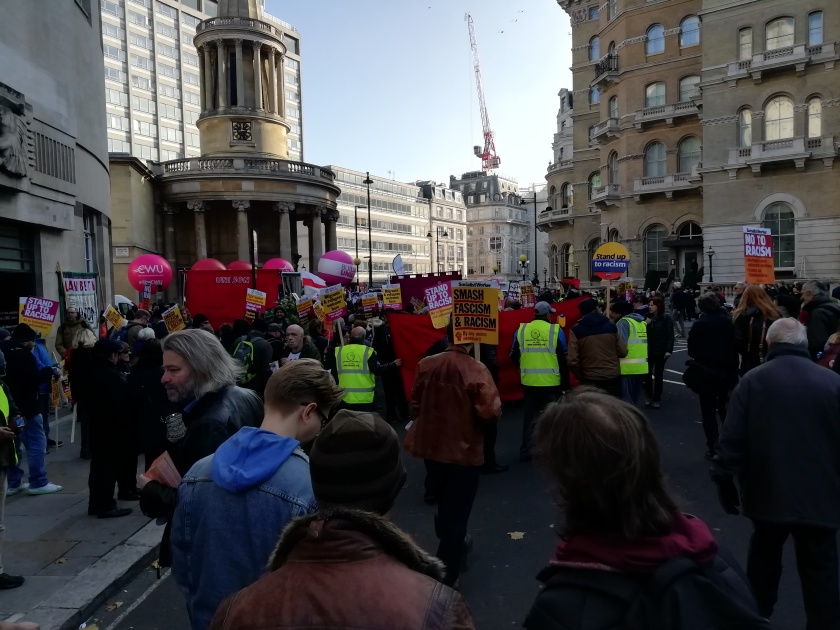 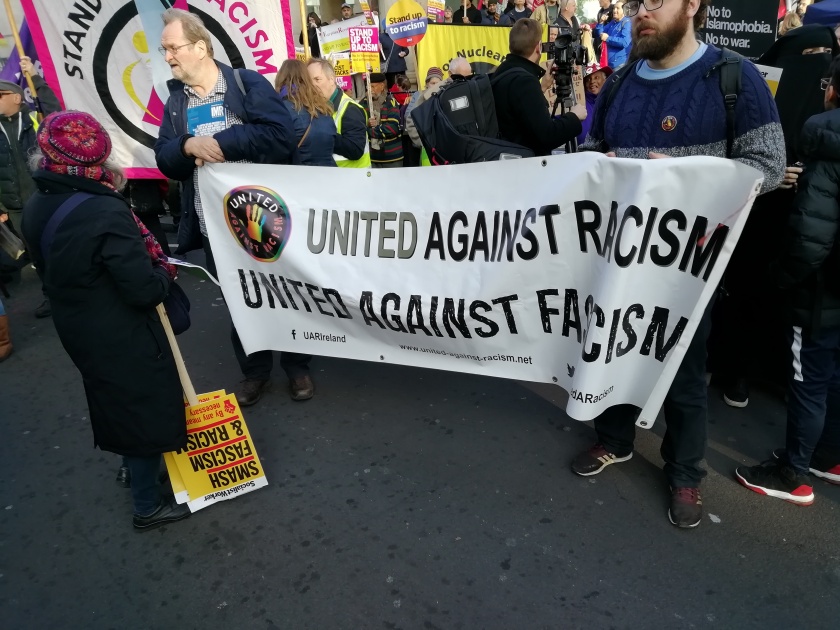 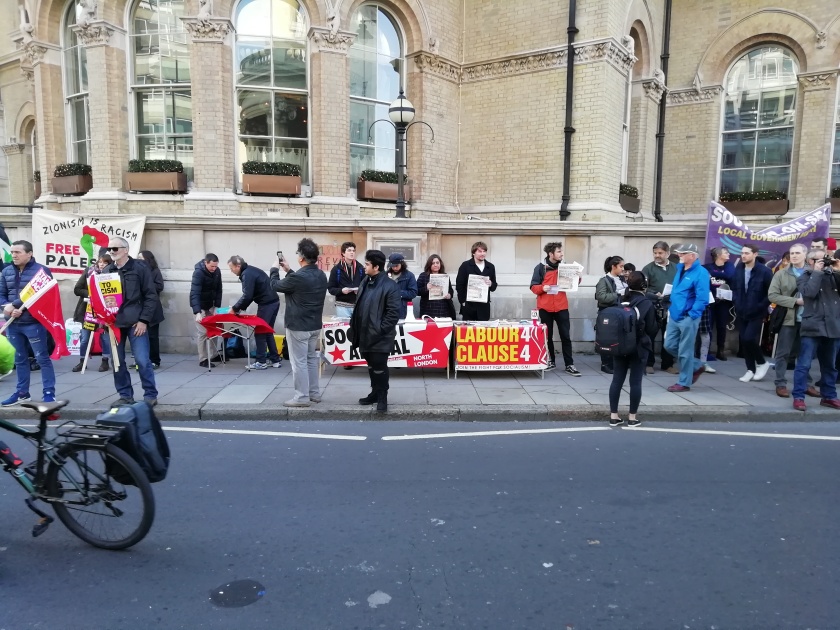 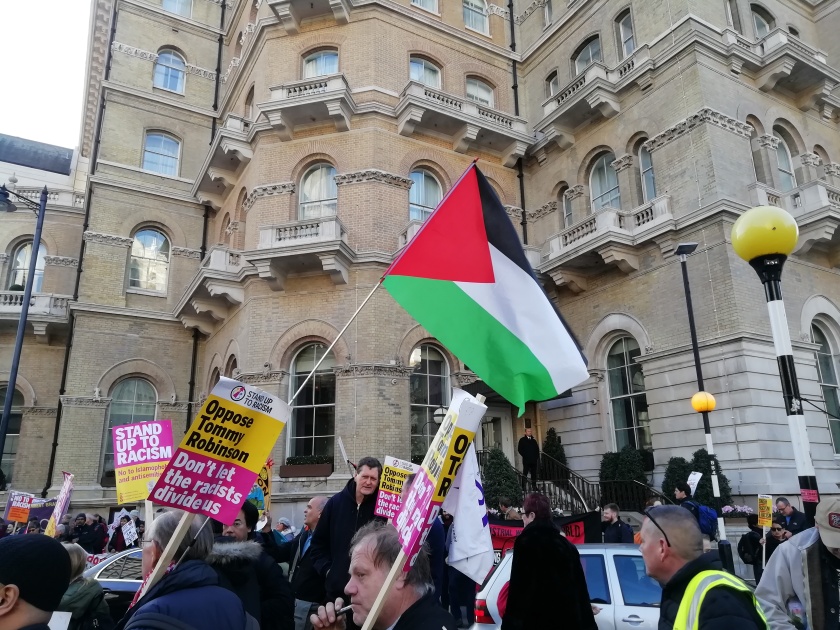 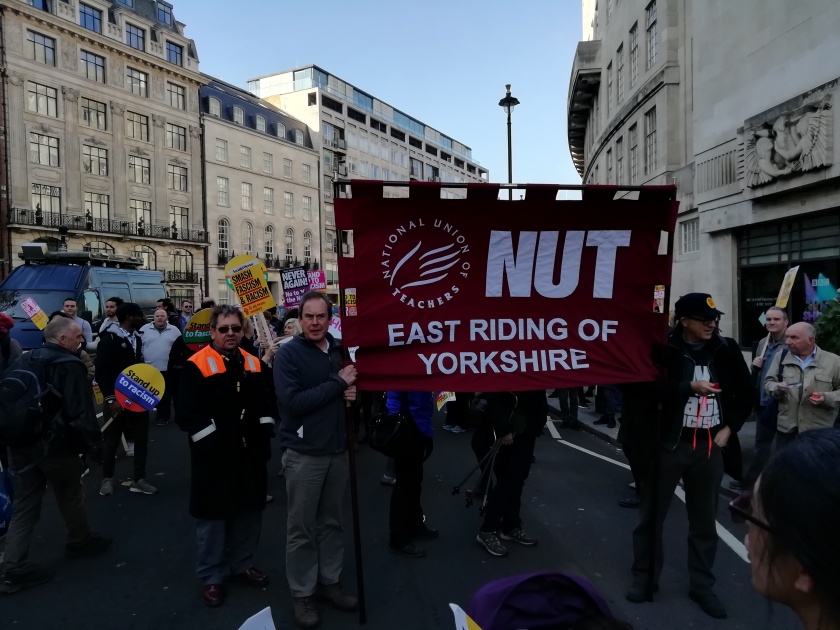 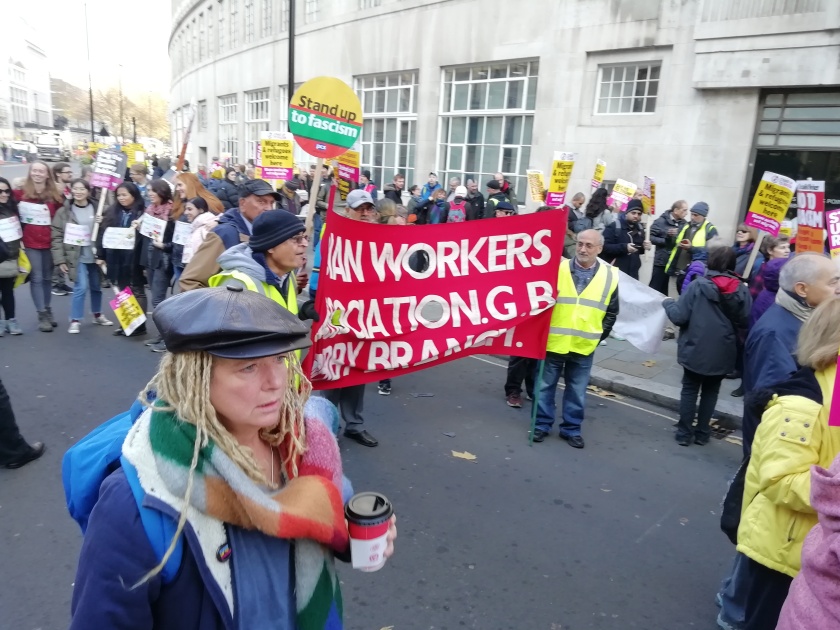 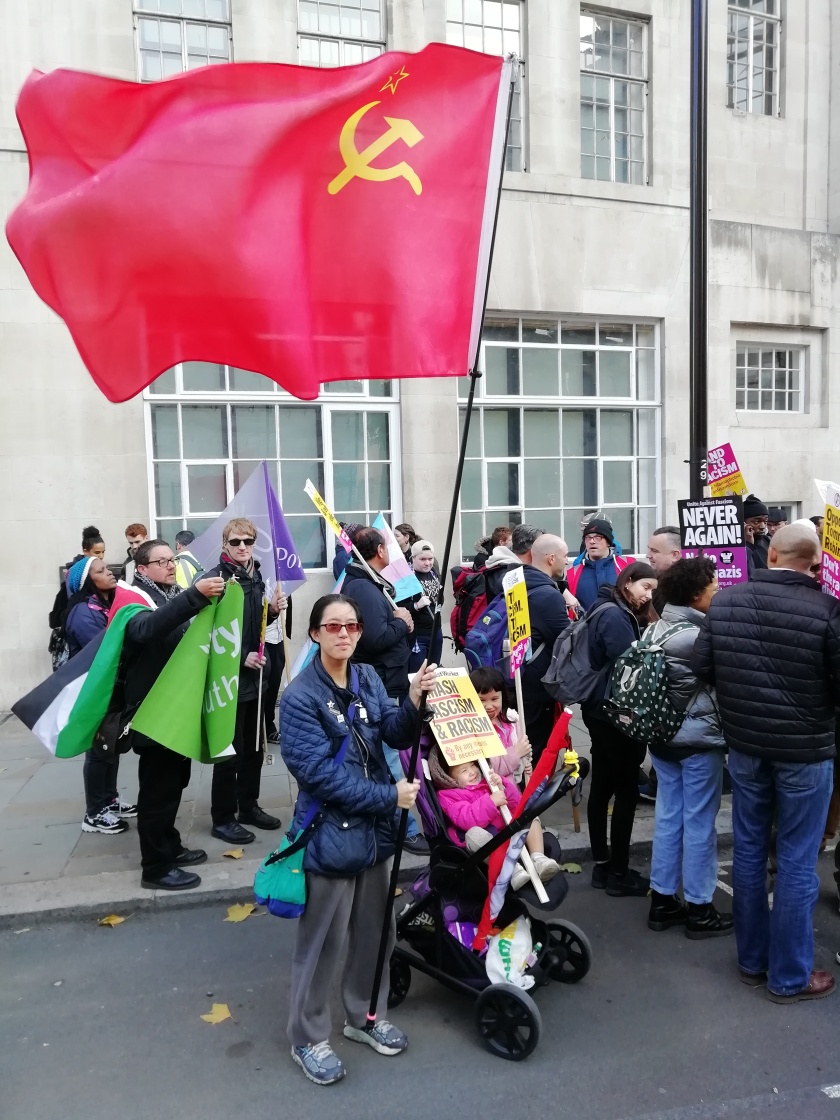 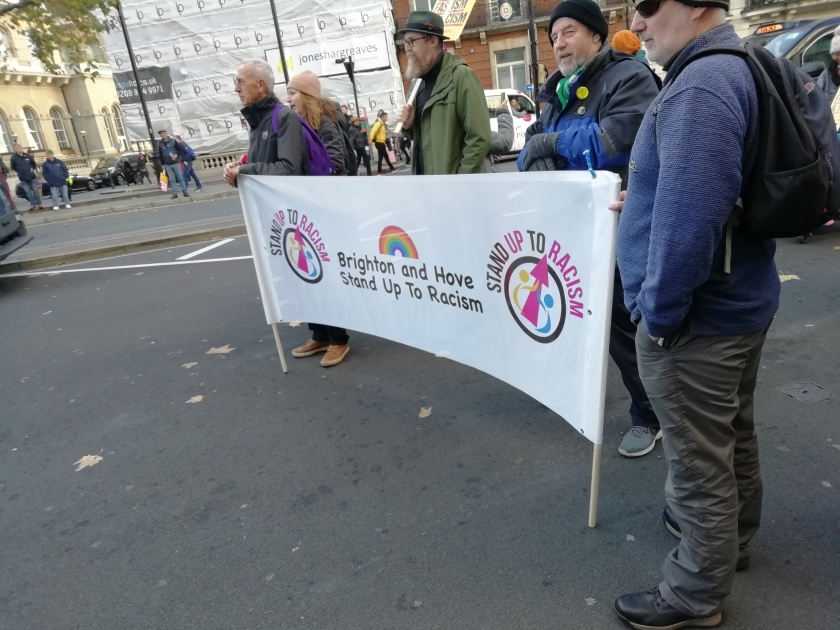 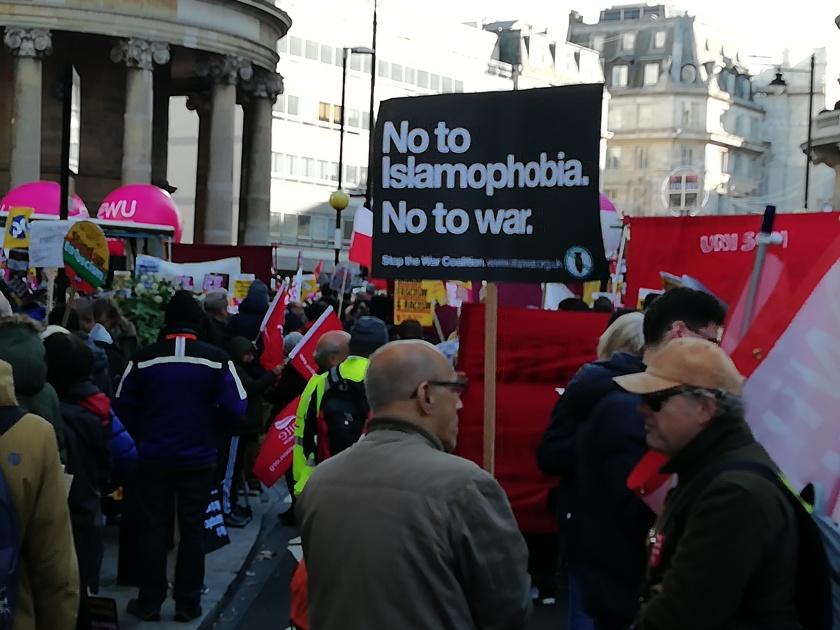 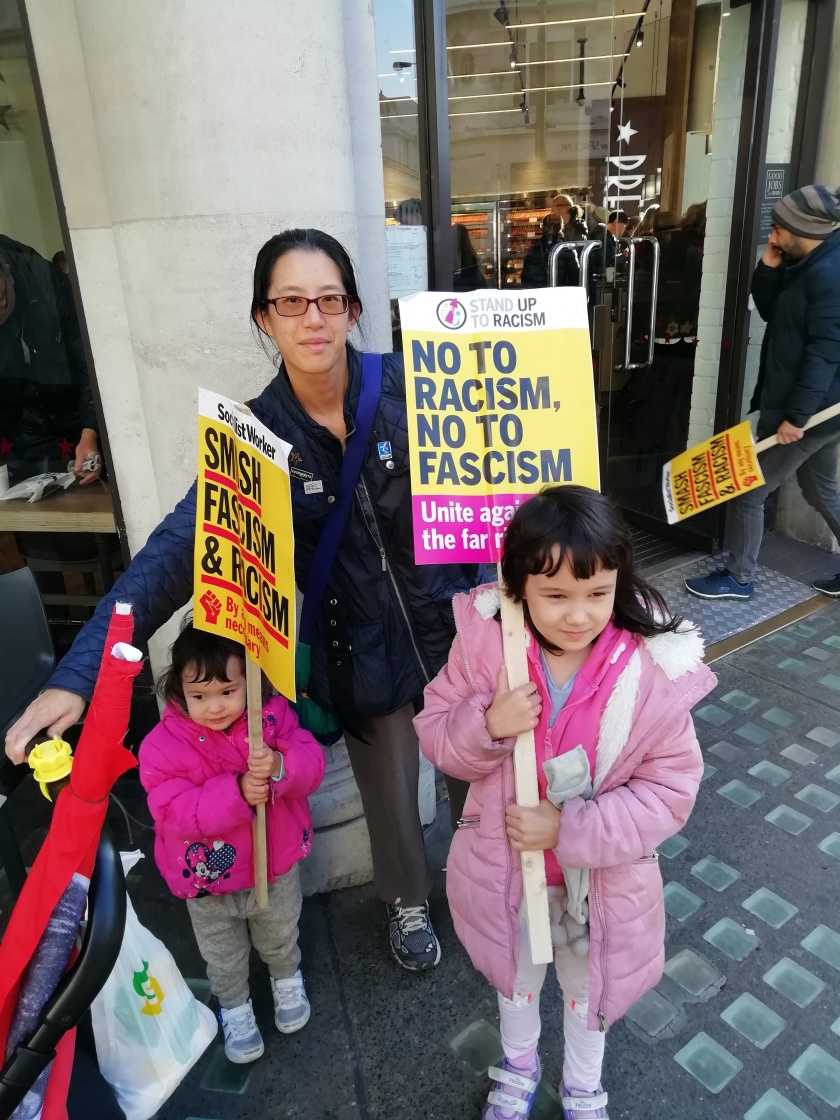 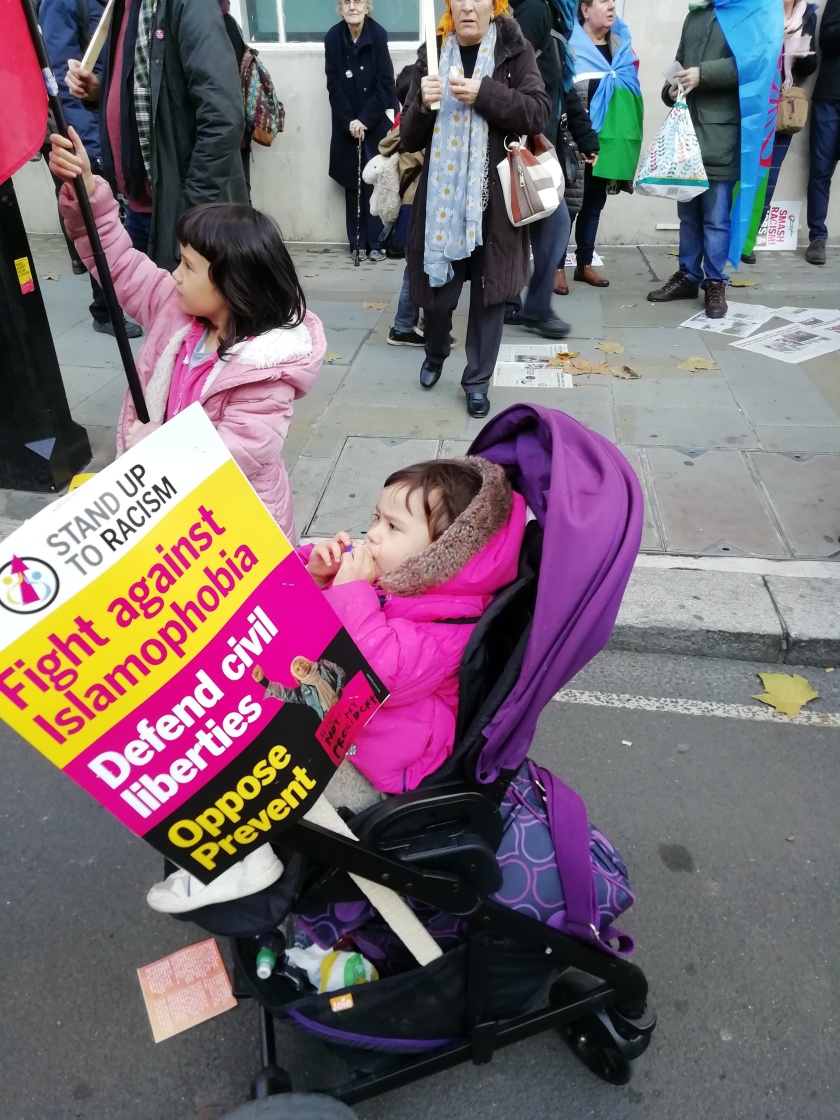 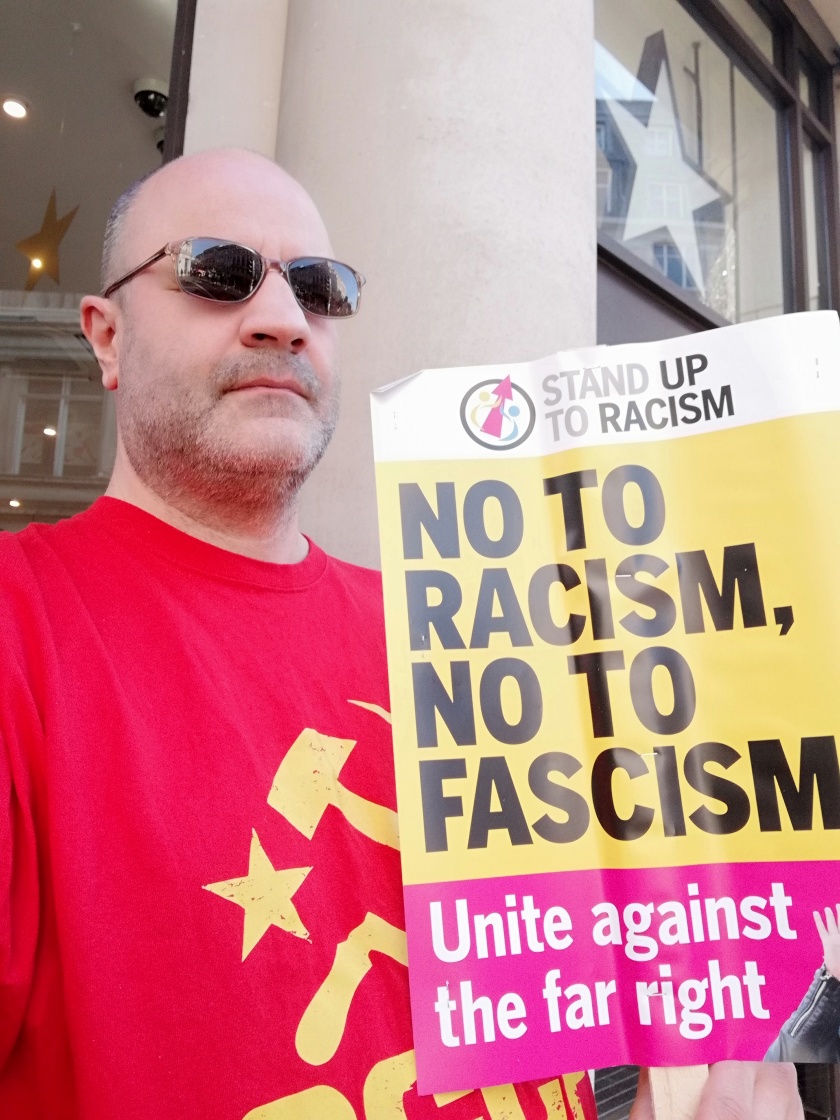 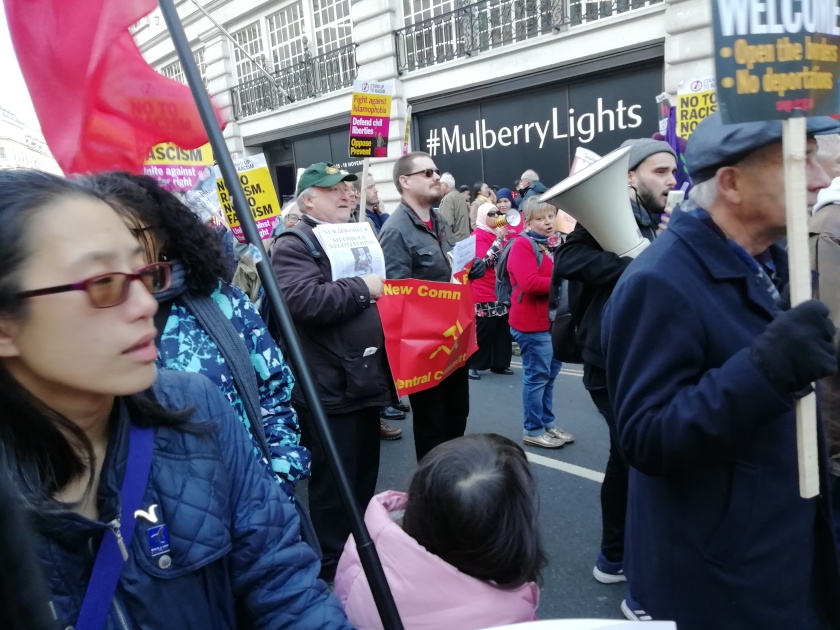 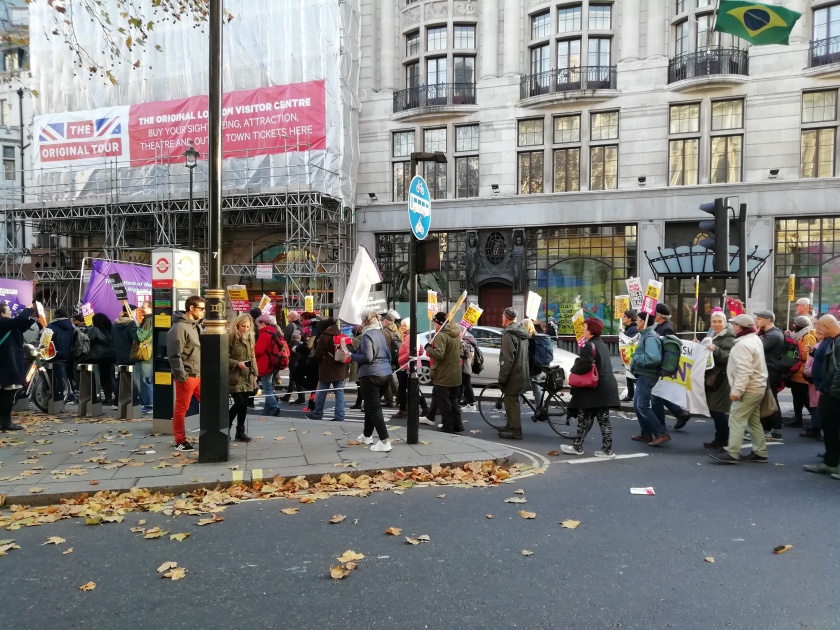