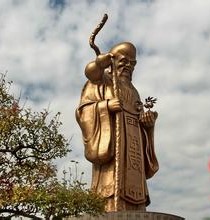 Socio-economic conditions dictate human longevity. The better our living conditions, the longer we live. In the UK in the mid-1800’s, a working class man or woman was lucky to live to see 40 – with this age being perceived as ‘old’ at the time. In poor parts of Scotland today, such as Glasgow, the average age of death is the lowest in the UK. When I was in Egypt (around 1996), I was told about the Pharaoh Rameses II – also known as ‘Rameses the Great’ – who died in his 90th or 91st year of life. What makes this important is that the average age of an Egyptian at that time was just 30 years. This is why Rameses II was thought to be ‘immortal’ as he lived three times longer than the average known lifespan of his day. At the time of his death (1213 BCE), he had young men and women serving him, whose parents and grandparents had performed exactly the same function. Rameses II lived this long for two distinct reasons; 1) a genetic predisposition for longevity, 2) opulent socio-economic circumstances. As he was viewed as a god, and possessed complete temporal power, his psychological and physical presence was enhanced at every turn. Although Rameses II lived well passed the average age for Egyptians of his day, modern researchers tend not to question his age simply because in the modern technologically advanced West, it is common for people to now live into their 90’s and beyond. Even the Christian political rightwing tend to ignore his advanced age, as he was born a long time before Jesus Christ and is not seen as a threat to theism, etc.

Master Xu Yun (1840-1959) lived thirty years longer than Rameses II – but in a time period thousands of years later. Of course, for many people living in a feudalistic and poverty stricken China, life was often unrelentingly hard and brutal. If disease, famine or drought did not cause death, there was the devastation of war, and possibility of death whilst in military service, or as a civilian caught between conflicting armies. For China, the 19th and 20th centuries was particularly bloody in this sense. Although Xu Yun lived through feudalism, nationalism, and communism, and in so doing was very well known and famous, nevertheless his biography reveals that he spent many years living in the peaceful countryside, or on top of remote hills. Despite the fact that he is known for his good social work and the re-building of temples and monasteries, there were times when he rested quietly in the void, and it is surely this that enabled his body at its cellular level to function beyond the average expected age for a Chinese person of his era. Living quietly and peacefully in the outer world obviously allows the inner body to operate at a slower and more relaxed pace. As there is no psychological or physical stress on the biological system, the biological system does not have to waste time and energy actively ‘resisting’ its environment as a strategy of self-defence – a strategy that may preserve existential existence, but only to find that over-all longevity is shortened as a consequence. As Xu Yun lived through the attempted ‘Christianisation’ of China, his example of ‘Buddhist’ piety has motivated a number of Western scholars with a Christian bias to criticise Xu Yun’s age and claim that despite all the evidence, it is a fabrication. If Xu Yun lived this long and absolutely did not believe in a Christian god – then how can Christianity be both ‘correct’ and the only ‘valid’ religion? Obviously Xu Yun lived during the Christian era and his example proves that there is spirituality outside of Christianity.

A more extreme example of longevity belongs to that of the modern Daoist Immortal Li Qing Yun whose birth and death dates are given as 1677 – 1933. This means that he lived for 256 years and according to Chinese record, there is ample documentary evidence for this extraordinary life-span. Although Li Qing Yun lived within society, and appears to have been born in the decades immediately following the establishment of the Qing Dynasty (founded 1644), he lived into the 20th century and at his death, his story was featured in the US publication Time Magazine. From this we know that Li Qing Yun definitely existed and that he died in 1933 – he is not a figment of the Chinese imagination. The question then becomes one of historical research and working backwards through the ages to see if any factual basis can be established for his much earlier existence – and apparently it can. He is reported as having 24 wives – many of whom died young – and through his many children, around 180 descendants. This means that part of the proof for his longevity is the weight of evidence concerning his physical proliferation. Whereas Xu Yun was a solitary Buddhist hermit with no descendants, Li Qing Yun was a Daoist practitioner of internal Chinese martial arts, who had over a hundred younger relatives, all of whom being the consequence of his successful interaction in the world. Although it may seem absurd to think that someone could live to 256 years old, it is still a matter of conjecture exactly how long a human being can live whose genetic coding is default set for a long life, and whose physical circumstance enhance that setting, rather than oppose it. During the time of Rameses II, living to 90 years old was considered impossible for an ordinary human-being – and yet today it is considered normal. Perhaps people like Xu Yun and Li Qing Yun represent a new stage in human evolution, and that eventually human-beings will live into their 150’s, before someone lives to 200 and redefines the game yet again!