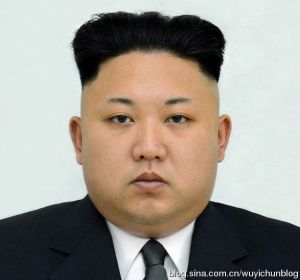 Translator’s Note: This is an English translation of the original Chinese language text entitled ‘当今世界上唯一幸存的毛共产主义红色国家—朝鲜!!!’ Or. ‘North Korea – the Only Surviving Red ‘Communist’ Country!’. It is an article placed on a typical blog found on the Chinese internet authored by ‘阿桑’, or ‘A Sang’. This Chinese author has placed a scanned article from the North Korean (i.e. DPRK) press on her blog, which features an interview with the North Korean leader – Kim Jong Un – regarding the issue of the arrest, trial, and execution (by firing squad) of former government minister Jang Song Theak. The Chinese author has translated the original Korean text into the Chinese language in an article dated the 31.10.14. The Korean article presents the North Korean case for its opinion that it alone is the only ‘true’ Communist country in the world that follows correctly the teachings of Marxist-Leninism, and Maoist thought. It further states that China, Cuba, and Vietnam have departed from the ‘true’ Red Road and through misconstrued reform, have become the lackeys of the capitalist West. Jang Song Theak apparently acted without orders by advocating free-market economic reform in North Korea – which is against DPRK law. The Chinese author – writing in China – appears to agree with the general thrust of this article, a unique position not shared by the majority of the Chinese people. In the spirit of openness and education, this article has been translated into English to further understanding and encourage peace between all nations. ACW 13.11.14 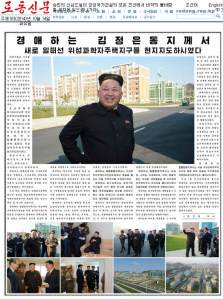 Following the complete collapse of the first socialist country in the world – the Union of Soviet Socialist Republics (USSR) – the world communist movement has disintegration, and the European socialist bloc has disintegrated. At this time, the General Secretary of the Romanian Communist Party (and President of the Socialist Republic of Romania), the great leader of the Romanian people – Nicolas Ceausescu – was a deemed a ‘traitor’ member of the brutal and barbarous Communist Movement and shot… Many Communist countries that survived the collapse of the USSR, have changed ideological direction and given-up the Red Flag! China, Cuba, Vietnam and other countries have abandoned the Red Road of true

Communist ideology, and instead have moved astray and embraced the wrong direction of the capitalist free-market economic system that emphasizes privatization! Only the heroic Korean people and the Korean Labour Party continue to advance along the correct course of Scientific Socialism and Communism, which is the essence of Marxism-Leninism and Mao Zedong Thought! As the only real Socialist country left in the world, North Korea had many struggles in its early years against the USA. Red Communist survived in North Korea in the face of US imperialism and that of its allies – who were working hand in glove with one another. This pressure has continued to exist from the United States and South Korean lackeys of imperialism, compounded by the policy of Chinese exclusionism. North Korea’s struggle along the Red Road has been arduous as can be imagined, but Comrade Kim Jong-un, together with the WPK and the support of the Korean people, still stubbornly deals successfully with this pressure from all sides; meaning that today’s North Korea, as a Communist country, still stands firm in the East! Recently, following the arrest of former DPRK leader of the General Assembly Jang Song Theak, the leader of the Korean Labour Party – Comrade Kim Jong-un – made a brief speech clearly aimed at China, he said:

“Reform and opening up is an imperialist conspiracy aimed at the slaughter of the Socialist system. North Korean law clearly states that advocating privatization and free-market economics is an act of aggression aimed directly at the Communist Party. This conspiracy denies free education, free medical care, free housing, free pension, free welfare provision, free distribution of work, and the right to self-defense. The abandoning of nuclear missiles is counter-revolutionary. Jang manipulated the media talking openly about reform. He would say anything to gain attention, claiming that North Korea needs reform, but reform does not protect the people’s sovereignty or national sovereignty. An open country has no protection against sexually transmitted diseases (STD) or acquired, immune deficiency syndrome (AIDS). This means that the life and health of the people become a money-making machine, as a large number of expensive drugs have to be imported to fight the decadent diseases. Not only does this policy of reform destroy people’s lives, it also earns high profits, as, for instance, a large number of AIDS patients would need continuous treatment. Such openness is against the human rights of the Korean people, and the advocate of such a policy should be put to death! Jang is a traitor and usurper of the Communist system and must be punished, or the motherland and the people will suffer. Private ownership is a fool’s paradise that will not feed the people, but rather go on self-indulgent road that is most destructive; as rich and poor live in two completely different worlds. Privatization is bound to lead to a second revolution. The free-market is the main object of privatization, and exploits the flesh and blood of the working people. This is a cheap betrayal of the country’s valuable natural resources. If a government cannot protect the interests of the motherland and the people against working hand in glove with domestic and foreign capitalists, as well as the big landlord class; the interests of the people will be crushed and stolen, allowing a group of vampires to suck the life-blood from the people, and ride on the heads of the people, defecating and urinating as they go. Our regime will be destroyed by this madness and a new ruling class allowed to develop. Kill all who advocate privatization! We want progressive reform, but privatization is not progressive reform. Privatization subverts the political and economic foundation for the Party and of Socialism. A few tricks to get people’s wealth out of their own pockets. Privatization as a reform is a sham and a fraud. Privatization as a reform is aggressive and treats the people no better than animals!”