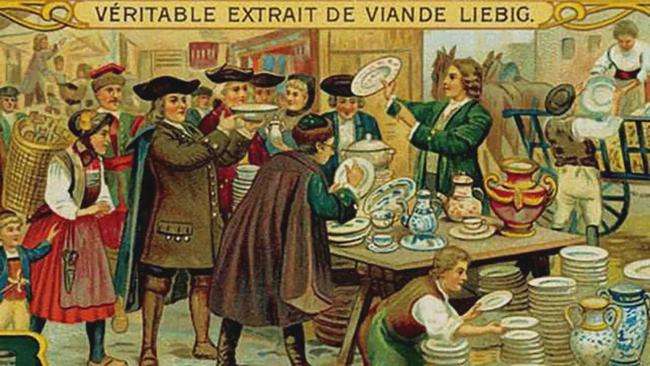 Capitalism is a Cult belief system with real world ramifications. It evolved out of the European feudal system that venerated religion and placed the Church, priests and monks at the top of society. The ‘bourgeoisie’ (or ‘middle-class’) evolved out of the merchant class – a process described by Marx and Engels in their ‘The Manifesto of the Communist Party’ – as it is the bourgeoisie that transformed the veneration for ‘god’ to that of the veneration for ‘profit.’ This is why capitalism is as much of a belief system as it is a socio-economic system. Those trapped within it respond in three ways which varies between a) total acceptance, b) indifferent compliance and c) outright resistance. Brainwashing begins in the womb, intensifies at birth and is stabilised and normalised during exposure to education, media and entertainment systems, etc. All things in a bourgeois society are default set to direct an individual away from the group and away from any form of collectivisation and into the state of hyper individualism. Through this conditioning, the capitalist State is passed on and preserved from one generation to the next. Every apparent exist sign points the individual back into the centre of mass exploitation as there is no easy escape. Imagine if you will, a religious Cult that has secured the ability to reinforce its belief system both inside and outside the mind and body of each individual person – and you have the virulent and all-embracing predatory, capitalist system. The only alternative the Bourgeois State allows are variants upon the theme of the ‘hidden hand’ of pervasive exploitation with any deviation to the political left dealt with through the use of extreme anti-intellectualism, misrepresentation and omission. Every example of a Socialist alternative is distorted into an image of the Judeo-Christian hell-realms – with the implication that only a staunch loyalty to capitalism will save the soul of the individual concerned. This is why established religion is a key element to the maintenance of the capitalist system, as without it it would be a much more difficult task to brainwash a population into ‘believing’ that the everyday exploitation of their mind and bodies is good for the individuals concerned!