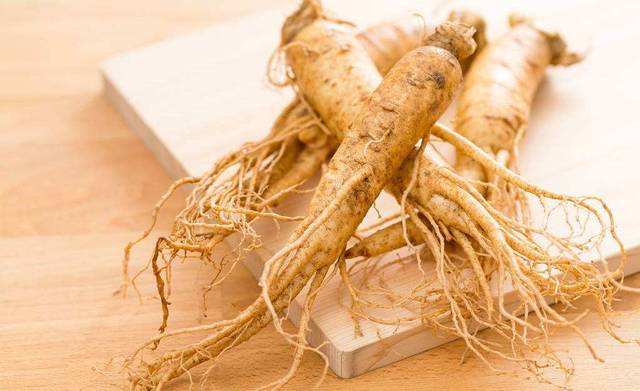 The average ethnic Chinese language-speaker, unless they are familiar with the ‘Chinesery’ of the West, will not understand the term ‘Ginseng’ because they will usually use the term ‘紅蔘’ (Hong Shen) or ‘Red Root’, or perhaps ‘亞洲蔘’ (Ya Zhou Shen) or ‘Asian Root’, etc. Sometimes the term ‘人銜’ (Ren Xian) is used meaning ‘People Place in the Mouth’, (as is a special object like a bit placed in a horse’s mouth which guides the animal along a specific road). For more exotic or esoteric renderings there might be such terms as ‘鬼蓋’ (Gui Gai) or ‘Ghost Protector’ (as in ‘protecting the imbiber from ghosts’, or, ‘from anything associated with death’), and ‘土精’ (Tu Jing) or ‘Earth Essential Nature’, as well as ‘神草’ (Shen Cao) or ‘Spirit Grass’, etc. Whatever the case, from a Chinese perspective such names (and many others) refer to a special root found and grown only within the geographical location of Northeast China (with every other type of ‘Ginseng’ found in the world as being considered ‘fake’ and lacking in the genuine medical qualities that the soil of Northeast China imparts into the root itself including its ‘red’ colour). The term ‘Ginseng’ is common in the West and seems to have derived from the slang term of ‘Man Root’ (人蔘 – Ren Shen) – which might be a Japanese vulgarism of a legitimate Chinese medical term (with these two ideograms being pronounced ‘Jin Shin’ in the Japanese language), or a similar misunderstanding appearing from a miscopying of the ‘Min’ or ‘Hokkien’ dialects of Fujian province – a place through which much Chinese culture used to be filtered to enquiring Westerners (as in ‘Neng Sam’ or ‘Lang San’, etc).

The Western market, today, however, hawks Ginseng as if it were a South Korean indigenous plant, or if a cheaper version is sought after, perhaps the buyer might want to purchase ‘American’ or Canadian’ Ginseng! Where is the ‘Chinese’ Ginseng in all this ‘choice’? Excluded from to so-called ‘free market’! ‘Communist’ China is having its own traditional medical plants ‘stolen’ by its capitalist competitors. The point is that China does not recognise the ‘quality’ or ‘efficacy’ of Ginseng sold from anywhere else in the world, and yet the average consumer is paying to use an inferior product with questionable medical benefits as part of the US commercial war against China. Although it Is true that Chinese Ginseng can be purchased from Chinese supermarkets and TCM outlets, the Western powers very carefully control the ‘free market’ so as to ‘exclude’ Chinese Ginseng from the supermarket shelves or the high-street chemists in favour for the inferior South Korean version! This is the reward the South Korean people are granted for NOT overthrowing the US imposed capitalist system and the endless stream of Christian missionaries that entails and attracts! Indeed, it is only North Korea – which borders Northeast China – that might have any right to claim that it grows authentic Ginseng for legitimate medical consumption!

The etymology of the term ‘人蔘’ (Ren Shen) is interesting and complex and well worth exploring, as this is the term Westerners are routinely using when referring to ‘Ginseng’. The first ideogram ‘人’ (ren2) and refers to a ‘human-being’. This Ideogram is often associated with ‘們’ (men2) – meaning ‘us’ or ‘fellow people gathered behind the safety of a gate’ – and ‘閄‘ (huo4) – meaning a ‘door or gate in-front of a human-being’ or ‘a human-being protected by a structure or institution’, etc. When transformed into ‘門人’ (Men Ren), or ‘Gate Person’, the meaning of ‘guard’ or even ‘discipleship’ is suggested. Later, the term became associated with ‘仁’ (ren2) – a Confucian term implying ‘collective humanity and the resulting benevolence that is a) required to bring order to a groupi-species and b) generated by such a gathering.’ What all these concepts have in common is the use of the contraction ‘亻’ which is more commonly expressed today as ‘人’ – the earliest expressions of which date back to the Oracle Bone Inscriptions. This is probably related to ‘入’ (ru4) and used in the context of human-beings inviting one another into their abode to share the safety and security it offers (which lie through the front gate or door of a house or similar structure) as suggested in ‘入門’ (Ren Men). All the benefits of being ‘human’ are to be found in collectively and not in an isolated and dysfunctional individualism, etc.

The ideogram ‘蔘’ (shen1) is complex and multi-layered. The top particle ‘艹’ is a contraction of ‘艸’ (cao3) which refers to ‘grass’ that is growing upwards. The second layer down (beneath the grass) features three triangles – 厽‘ (lei1) – which were once written as three rectangles as in ‘晶’ (jing1). Although this can be symbolic of building a wall upwards constructed of ‘bricks made of soil’ – within the context of the ideogram under discussion, the meaning refers to ‘three stars’ (which during the Oracle Inscription era did actually resemble ‘three stars’). The third layer is comprised of the particle ‘㐱’ (zhen3) which denotes the shape of a bird’s ‘wing’, although sometimes these characters of ‘人’ (man) and ‘彡’ (hair) is sometimes interpreted as ‘long hair’, or to ‘grow long hair’, etc. Interestingly, both refer to an ‘upward’ movement away from the ground and toward the sky (or that area which exists above). This is important as when the second and third layers are placed together as ‘參’ (shen1) – then the meaning of ‘Three Stars mansion’ as found within Chinese astrology is formed. This is one of the twenty-eight mansions of the Chinese constellations known as ‘参宿’ (Shen Xiu) which correlates with the Western constellation of Orion (later, the Chinese scholars recognised and added four more stars as found in Orion – but the number ‘three’ was retained for spiritual reasons of assumed completion).

When taken together, the ideograms ‘人蔘’ (Ren Shen) appear to refer to a transcendental plant which has its origins in the soil, but the aspiration of which lies in the divine-sky! Although vaguely shaped like a human-being, this plant possesses health-giving properties that are a) drawn from the soil and b) imbibed with mysterious health-giving properties from the stars. This suggests that the ginseng plant grows in the soil represented by the bottom line that comprises the eight trigrams found within the book of Change (周易- Zhou Yi, with the ‘man root’ occupying the second line (that is the place occupied by ‘humanity’ hence the shape), whilst effectively acting as a ‘conduit’ or ‘channel’ between the top line (the ‘divine-sky’) and the bottom line – the ‘broad earth’. Indeed, the ‘middle position’ is reinforced and strengthened by both extremes of the ‘bottom’ and ‘top’ positions. Regardless of the broken or straight lines which comprise each of the eight trigrams – the arrangement and positioning always remains the same with the bottom-line equating with the supportive and broad earth, the middle line equating with humanity (and all living beings and life-forms), and the top line equating with the divine-sky (including all space and all celestial objects, etc). This arrangement is retained throughout the sixty-four hexagrams.