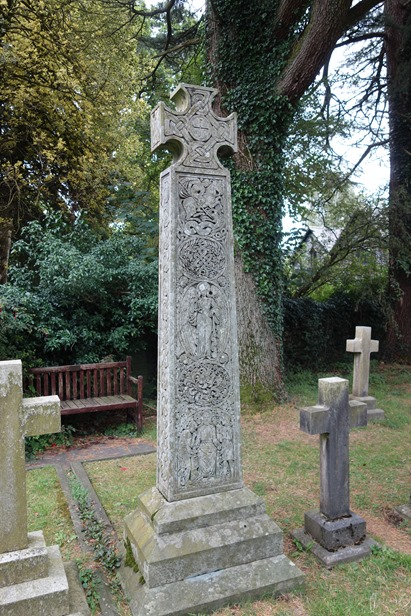 I wrote quite a long article about John Ruskin’s rather ornate grave-stone – which is really a quite wonderful, and very large Celtic Cross, engraved with all kinds of religious, spiritual and metaphysical symbology (hence my interest). I visited the site (in the graveyard of St Andrew’s Church) probably twice, (but possibly three times) whilst frequenting the beautiful Lake District! This involved educational trips to the former home John Ruskin and William Wordsworth (the latter being Dove Cottage). John Ruskin (1819-1900) was a contemporary of both Karl Marx (1818-1883) and Friedrich Engels (1820-1895) – but as far as I know – referenced neither in his work as an Oxford scholar. Although John Ruskin was a Socialist, he remained something of a ‘Utopian’ probably because Marx and Engels at this time wrote more or less in the Germain language and only became well-known outside of that language milieu much later. John Ruskin did believe, however, in the working-class being taught to read and write and founded one of the first purpose built schools for this purpose – as well as a library.