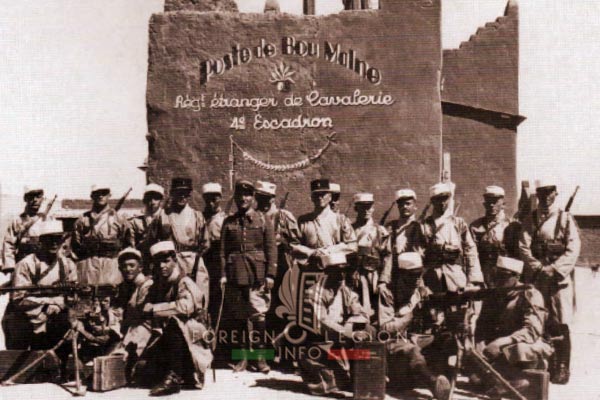 Napoleon’s militarism was designed to spread ‘Socialism’ as established by the French Revolution across the world! Britain’s resistance to this spread of ‘Socialism’ was an entirely bourgeois, and capitalism-led affair. As the two sides (Britain and France) faced one another at Waterloo on Sunday, June 18th, 1815, the first combined act of the French Army (including Napoleon’s personal bodyguard of the ‘Imperial Grande Armee’) was to call en mass for the opposing working-class (British and Allied) troops to ‘change sides’ and ‘join’ the ‘Socialist Revolution’! After being given this chance, the battle was begun! Napoleon was eventually defeated after a hard set of battles – and the working-class British men who survived the fighting were returned to a life of abject poverty in the UK! The British dead had their hair and teeth ‘stolen’ from their dead bodies which lay on the battlefield prior to them being piled-up and burned. The hair and teeth were placed in barrels and sent back to Britain where they were used to make wigs and dentures for the rich. Even the dead bodies of the British working-class soldiery were used to extract capitalist profit! Prior to these events, however, Napoleon’s ‘Internationalist’ ideology led him to establishing numerous military formations in the French Army designed to accommodate all those foreigners who wanted to support the French ‘Socialist’ Revolution! Invariably, this originally involved the soldiers of the former enemies of France which had been soundly ‘defeated’ by Napoleon’s Socialist armies.

Today, of course, France is a typical centre-right bourgeois (capitalist) State. In the modern history books, it is often written that the ‘French Foreign Legion’ (Légion étrangère) was formed in 1831 by order of Louis Philippe – the last King of France – put on the thrown by the successful British after the (final) 1815 defeat of Napoleon and the crushing of the French ‘Socialist’ Revolution. This is only technically correct, as it was a ‘reformation’ of a Socialist concept develop by Napoleon himself – but this time a rebirth supposedly breaking with ‘Socialism’ and creating a legion of cut-throat mercenaries who would fight for money and whose soldiers would die in the place of Frenchmen! This is the ‘modern’ myth that is perpetuated about the ‘French Foreign Legion’ perpetuated primarily ‘outside’ the Legion. It is not the history of the Legion itself – and it is not the history taught to recruits who become ‘Legionnaires’! The Education of a ‘French Foreign Legionnaire’ begins with Napoleon’s forming of the Piedmontese Legion [fr] (Légion du Midi), which was created in 1803, and composed of former (and foreign-born) French soldiers and recruits from the conquered French territories (or ‘Departments’) of Italy. In 1805, Napoleon created the Regiment of Tour d’Auvergne [fr] and the Regiment of Isembourg [fr] – formed from Russian and Austrian prisoners. These two regiments were later renamed the 1st Foreign Regiment and 2nd Foreign Regiment, respectively, but were dissolved in 1814 after Napoleon’s first defeat. As Napoleon believed whole-heartedly in the concept of ‘multiculturalism’ – he created ‘Foreign Legions’ composed of Spanish Pioneers (the Catalonian Regiment) – German prisoners (the Hanoverian Legion), Islamic prisoners (the Egyptian Mamluks Legions) and Portuguese prisoners (the Portuguese Legion. Indeed, between 1806 – 1814, there were at least sixty foreign units commanded by 136 Generals in the ‘Socialist’ armies of Revolutionary France! Being of ‘foreign’ extraction was an incredibly popular affair during Napoleon’s rule of France! It is estimated that out of the 400,000 soldiers who initially participated in the ill-fated French Invasion of Russia in 1812 – only 120,000 were French nationals. During his return to France Napoleon was at the head of eight foreign regiments.

Multiculturalism is a mark of French Socialism and not French capitalism. Multiculturalism is a mark of the French Proletariat and not the French Bourgeoise! How can the history books claim that the pseudo-monarch – King Louis Phillipe I (oddly, his father ruled France as ‘Louis Philipe II’, whilst his grandfather also ruled France as ‘Louis Philipe I’) – created the concept and reality of the ‘Socialist’ French Foreign Legion? Part of this confusion stems from the reality that Louis Philipe has fought for the workers during the French Revolution – but fled to Britain in 1793 with the execution of Louis XVI! Later, when King he thoroughly sided with the bourgeoise and the country’s bankers! The reality is that Napoleon’s Socialist policy of recruiting foreigners had led to numerous (and permanent) foreign regiments spread throughout the French Army – but Louis Philipe was determined to augment and spread French imperialism and capitalism throughout the world!  As the bourgeoisie are racist – these ‘foreign’ units were seen as a threat to the stability of the French capitalist system and therefore were ‘consolidated’ into a single ‘French Foreign Legion’ that was prohibited from operating with France itself (to prevent it coming to the aid of the common people and initiating or supporting a ‘Socialist’ Revolution). Instead, the ‘French Foreign Legion’ was tasked with militarily defending and supporting any and all French colonies and colonial interests. This is why the ‘French Foreign Legion’ is NOT loyal to the modern (bourgeois) French government – but only loyal to its own internal (Socialist) egalitarian structures of discipline and retainment of order, etc. The ‘French Foreign Legion’ will go where it is ordered to go – and fight who it is ordered to fight – but this does not mean that these orders are ‘agreed’ to.