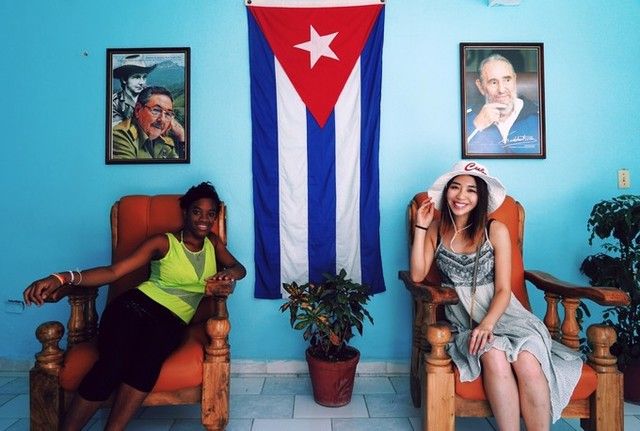 The US controls the Western internet (the main reason it is ‘banned’ in China and North Korea) and has become steadily more proficient at using it to spread predatory capitalism and US law around the globe without having to militarily invade the countries this internet quite naturally penetrates! This development means that the internet and its content has come into line with the Western media and the Western education system – all of which are bourgeois and default set at pushing an ‘anti-Socialist’ (Marxist-Leninist) agenda. The problem the US has Is that life within Socialist societies is far better for the development of the mind and body of the general population – that in reality there is no comparison that can be made with the inherent injustice and rabid inequality that defines and permeates the predatory capitalist system!

The US ideologues formulated a simple method to counter the sheer better quality of life under Socialism and the superior advances in science and technology – by simply generating ‘lies’ about the reality between the two systems! The bourgeoisie are a middle-class minority in any society that are enriched by the sum total of ‘profit’ and ‘surplus’ value generated by the workers – who are always the more numerous in any self-sustaining society. In China, North Korea, Laos and Vietnam, for instance, the workers (proletariat) have seized the means of production and therefore oen all the profit and surplus value they create through their labour! This wealth is fed-back into society to benefit everyone within it and not just the elite. At the current time, the bourgeoisie in the West control the means of production and therefore want to keep things as they are!

People have always had more freedom within Socialist societies. The US ideologues work from the premise of a refined ‘anti-intellectualism’ (often linked to and justified by the ignorant viewpoints associated with religion) – and simply ‘reverse’ this reality in their rhetoric to ‘there is no freedom within Socialist societies’ – knowing full well that this is a ‘lie’ but that no one in their countries of influence will bother to ‘research’ whether or not this (and similar supporting statements) are true and have any bearing in reality! Just as objective truth does not matter to the bourgeois ideologues – the distorted reality they peddle has a close association with the nonsensical statements related to theological religion! Everyone privately understands that these statements are ‘false’ – but feel compelled to believe in them anyway! This is exactly the situation with the US commentary over Cuba at the moment.

Indeed, ever since the Cuban Revolution in 1959, the US government has joined forces with the Mafia in a bid to recoup the millions of dollars lost when the Communist Party of Cuba wiped-out all the CIA-controlled debt filtered through firms like ‘United Fruit Company’ – which was a front for the US government to maintain a) predatory capitalism on Cuba, and b) attempt to keep the activities of the worst parts of the US criminal fraternity limited only to the island itself – using the minds and bodies of the natives as means of highly exploited labour, torture, rape and sexual excess! Like Puerto Rica, Thailand and the Philippines today, predominantly ‘White’ Americans trawl these countries in search of sex with underaged youths and even children! This type of hideous exploitation of the working-class and peasantry has always been considered a ‘perk’ for the ‘White’ bourgeoisie!

If the US was ever to re-establish its system of predatory capitalism in Cuba, the good standard of life experienced today will end-up like the poverty-stricken tower blocks of modern Russia – or the slums comprised of cardboard box houses hidden from plain sight throughout South Korea! The ordinary workers of Cuba will have to suffer the psychological and physical shocked suffered by the population of the USSR in 1991 – where Socialist compassion and collective growth was suddenly replaced by selfish individualism and blatant profit seeking that compromised the well-being of their neighbours! Between 1991-1999 – an academic report states that around five million Russian citizens died (above and beyond the normal numbers expected due to natural causes) as a consequence of switching from the Socialist to the capitalist system. Deaths were caused by starvation, medical neglect and homelessness – things that had been eradicated decades before in the Soviet Union! In 1993, the ‘new’ Russian government killed around 10,000 Russian protestors who had gathered around the Russian Parliament in protest to these devastating changes! During all this death and destruction – the capitalist West remained ‘silent’ and its media never once highlighted the terrible conditions that ordinary Russians now have to live in! Exactly the same death and destruction awaits the people of Cuba if the US has its way! If another Socialist country disappears it is the welfare of the world that ultimately suffers as our collective choice becomes ever smaller as a reality!