The ‘White’ US government (which includes Kamala Harris) has encouraged the African-American community to assist White racism by continuously attacking people of apparent ‘Chinese’ descent! So-called ‘Black’ Christians sit back and allow this evil to happen just to preserve their little bit of the capitalist pie! Since 1945 the US Military has killed 20-30 million people around the globe in pursuit of its socio-economic policies! Within the US, tens of thousands die each year whilst gun violence and poverty stalk the land! Yes – American capitalism has existed since 1776 – and all it has accomplished is genocide, racism and mass impoverishment! America may congratulate China upon the success of its Socialist ‘Revolution’ – whilst the US supports rampant ‘Neo-Nazism’ throughout Eastern Europe – and particularly the Ukraine! Long Live Socialism! Long Live the People’s Revolution! Long Live Marxist-Leninist-Maoism!

END_OF_DOCUMENT_TOKEN_TO_BE_REPLACED 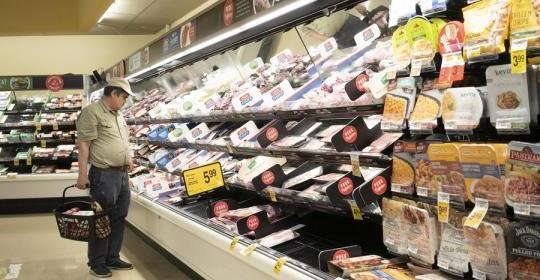 The ordinary people of capitalist India – led as they are by the fascist (and inherently anti-China) sabre-rattling BJP – are no better off after 75 years of so-called ‘Independence’ from direct British rule! Indeed, the bourgeois class of India is still controlled by the bourgeois class of a ‘White’ Europe and remains subordinate to it! Vast areas of the Indian population languish in abject poverty, illiteracy and religious ignorance! By comparison, the ‘Socialist’ market forces of the CPC STOP the destructive nature of US free market economics at China’s geographical borders and do not allow such socially destructive and corrosive forces to enter China’s hinterland! China is recouping – through its ‘Socialist’ cleverness – the wealth stolen from China over the last four-hundreds years by the ‘one-sided’ behaviour and ‘unequal’ treaties imposed by the colonialist and imperialist forces of Europe, and ‘Communist’ China is doing this by beating the West at its own game!

END_OF_DOCUMENT_TOKEN_TO_BE_REPLACED

China is the only country in the world with commercially operated high-speed rail trains that travel at 350 kph. The network stretches from northeast forests and snowy plains to the Yangtze River Delta in the south, from the northwest Gobi Desert to the eastern coast of the East China Sea, traversing rivers and mountains to reach every corner of the country.

END_OF_DOCUMENT_TOKEN_TO_BE_REPLACED

🇺🇸🇺🇦Yesterday there was information that the residents of Manhattan observed something very interesting. A crowd of demonstrators carrying US and Ukrainian flags began chanting support

END_OF_DOCUMENT_TOKEN_TO_BE_REPLACED

What President Biden refers to as ‘heroes’ are in fact ‘paedophiles’, ‘murderers’, ‘rapists’ and ‘terrorists’ all encouraged and indulged in their criminality by the West! These are the people that murdered between 13000-14000 men, women and children in the Donbass area (between 2014-2022) simply because they view themselves as ‘Russian’! You will find a surprising number of parallels between Lenin’s work above the situation currently unfolding in the Ukraine at the moment!

END_OF_DOCUMENT_TOKEN_TO_BE_REPLACED

The problem with this approach is that it legitimises what the US has been doing in the region, justifies the Nazification of those countries surrounding Russia. Predatory capitalism flows unhindered in Neo-Nazi Poland, Estonia, Latvia and Lithuania (simply because fascism is a friend of capitalism)! All that has been required for the US to assist these countries has been the one-sided ‘De-Communization’ process! A process which has increased in pace in opposition to Russia’s unilateral action in the Ukraine! I suspect that all Putin had to do was come to an agreement behind the scenes with Biden and capitalism could have been enhanced in Ukraine with no death or destruction at all!