I have studied the War for Independence in Vietnam from 1945 – 1975, focusing upon Ho Chi Minh and General Giap as two exemplary leaders within the World Socialist Movement (Marxist-Leninist). Until the death of Ho Chi Minh in 1969 (and the house arrest of General Giap), Socialist Vietnam and Communist China had very close ties premised upon ’Internationalism’ and the rejection of feudalism, racism and imperialism. The Sino-Soviet Split developed in 1956 with Khrushchev’s so-called ‘Secret Speech’ which adopted a Trotskyite (and revisionist) perspective that sided with US anti-Soviet propaganda, and deliberately demonised the reputation of Joseph Stalin. Ho Chi Minh did not accept this position, but continued good relations with both the USSR and China from 1956 – 1969. Ho Chi Minh often expressed a great sorrow at this ‘split’ in the International Socialist Community and often acted as a mediator (after-all, Vietnam was receiving military aid from both countries in its war against the US). Following his death in 1969, the new leadership of the Communist Party of Vietnam continued the war against the US, with the Americans slowly scaling down its support for its puppet regime in South Vietnam. The Republic of Vietnam finally collapsed in 1975 and North and South Vietnam formed a free and united country earned through the deaths and maiming of millions of Vietnamese men, women and children.

I recently read a Vietnamese language sit on social media quite rightly eulogising the role of the Vietnamese People’s Army during the wars with Japan, France and the Americans – but then the author states that it had to invade ‘Cambodia’ in 1979 to ‘stop a genocide’.  My research into Chinese language sources suggests this is a US Cold War ‘myth’. The US (capitalist) ideologues have always (falsely) accused Communist regimes of massacres (at least since 1945), conflating Nazi Germany with the USSR (despite Hitler’s many recorded utterances stating beyond doubt that his German tribalism had nothing to do with what he considered to be the Jewish conspiracy of Bolshevism). My question is ‘who’ committed ‘what’ genocide in Kampuchea and ‘why’? Why would Vietnam assist the US in this way by invading Kampuchea and destroying its Socialist Revolution in 1979 only 4 years after winning its own Socialist freedom from the US in 1975? This is an interesting subject raised by someone who respects the Vietnamese people.

The (capitalist) US and (Socialist) Vietnamese positions rather bizarrely (and suspiciously) ’agree’ on this matter, suggesting that the Communist Party of Kampuchea, (once it had successfully led the peasants and workers in Revolution, overthrown the old feudal system and seized the means of production) – rather illogically (and acting in a non-Marxist-Leninist or ‘Maoist’ manner), acted like Nazi Germans and embarked upon a ruthless terror campaign which saw the separating of the population into ethnic groupings, all to apparently facilitate the extermination of the Vietnamese people living in or born in the country! The Communist regime of Kampuchea lasted only four years from 1975-1979. The country itself was poverty-stricken, culturally impoverished and economically backward. Most people were illiterate, with most of its Communist leaders educated in China – and herein lies the crux of the matter. The General Secretary of the Communist Party of Kampuchea (known as ‘Polpot’) had met with Mao Zedong and aligned himself with Mao’s interpretation of Marxist-Leninism.

The post-1969 Vietnamese Leadership immediately abandoned Ho Chi Minh’s mediating position between the USSR and China – and fervently rejected China in favour of the USSR. Whilst the US was politically courting China in public, it was using Vietnam (with the promise of aid) to undermine China’s ally in Kampuchea. This led to the Vietnamese People’s Army being used to invade another Socialist country in the name of (capitalist) America! This destroyed the Chinese-backed regime in Kampuchea with the US wheeling-out its usual post-1945 disinformation that a peasant independence movement had somehow managed to reach Hitleresque levels of extermination in just four years with virtually no technology, infrastructure or reason. What is remarkable is that the Vietnamese Communist Party would betray its own people in this fashion by entering into an anti-Socialist deal with the US whose military had killed millions of Vietnamese people! It is even more remarkable that the ‘myth’ of genocide in Kampuchea (which has ‘mainstreamed’ in the West) should also be the ‘official’ story within modern Socialist Vietnam. Although I respect and support the ordinary Vietnamese people, I cannot accept this opportunistic behaviour as acceptable, as it only serves to undermine the cause of International Socialism. 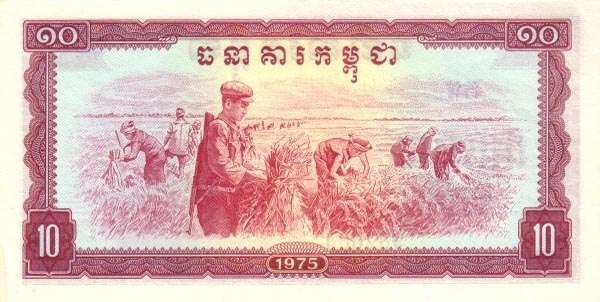 Of course, a critic could argue that there is no conspiracy here, and that the US and Vietnam are merely agreeing on a set of material facts objectively verified, but no such verification exists outside Hollywood, or Western academia which merely passes around its own (imagined) ideas with no primary source references. If Polpot had committed these crimes, or if clear and unquestionable evidence existed to suggest that he (or his colleagues) had somehow committed this massacre, then why wasn’t he arrested by the UN and charged with ‘Crimes Against Humanity’ immediately after his fall from power in 1979? I mention this as everyone knew where he was living in the ‘Cambodian’ jungle from 1979 onwards, following the ousting from power of the Kampuchean Communist Party. I would suggest that no move was made against him at the time because there was no tangible evidence that any massacre ever happened that could guarantee a conviction. If he was tried nearer the time of the alleged crimes, and this lack of evidence was revealed to the general public, then the true extent of US (and Vietnamese) propaganda would become apparent, thus undermining the powerful myth of Hitlerite atrocities being committed in Kampuchea. The last thing the US wants is a well-informed working class as it might ask potentially awkward questions!  More research is needed in this area, but Marxist-Leninist (Maoist) scholars must forge a new understanding free of the bourgeois prejudices of the past. This is a story subjected to over-simplification, misinterpretation and mythological invention. All these strands must be clearly disentangled from one another, made clear and analysed correctly.