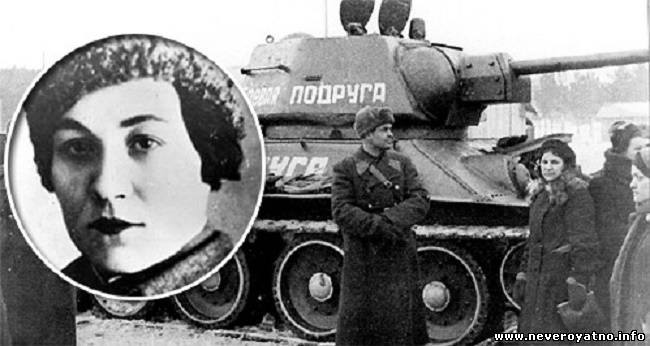 Translator’s Note. The US (Engish) Wikipedia page is deficient when relating the true story of Mariya Oktyabrskaya, and has many facts either missing or just wrong. For instance, Wikipedia states that in 1941, Mariya was ’38’ years old, when the same article gives her birthdate as 1905 (which would make Mariya around ’36’ years old in 1941). Interestingly, whereas the US, Russian and Ukrainian Wikipedia pages all give her birthdate as ‘1905’, a number of other historical Russian language sources give Mariya’s birthdate as being ‘1902’. An ‘official’ Monument to Mariya states ‘1905’, whilst another states ‘1902’. The narratives I have read appear to favour a ‘1905’ birthdate: 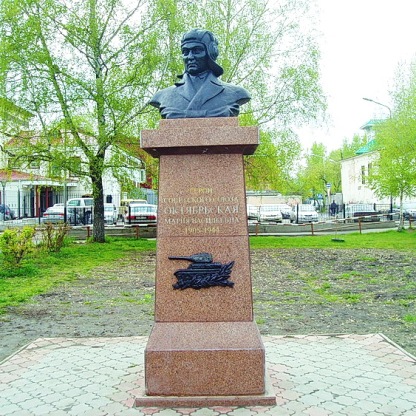 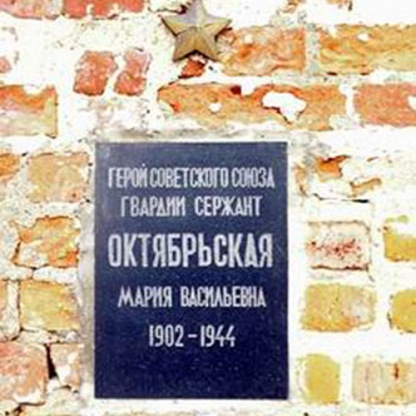 Furthermore, as US Wikipedia supports the neo-Nazi ‘Maidan’ Movement currently committing atrocities in Western Ukraine, it incorrectly gives Mariya’s name in the modified Cyrillic script preferred by the Ukrainian neo-Nazis, instead of her actual name, which is historically always written in standard Russian Cyrilic (i.e. ‘Мария Васильевна Октябрьская ‘ as opposed to the incorrect Ukrainian ‘Марія Василівна Октябрська ‘). Mariya was born in the Russian area of the Crimea, but even Ukrainians are ‘Russian’ as they are descendents of the Slavic (i.e. Viking) King Rurik I. Nikita Khruschev, for reasons known only to himself, transferred the Crimea to be administered as part of the Ukraine whilst both areas existed as psrt of the Soviet Union. There had been a terrible problem with a minority of Western Ukrainians during the ‘Great Patriotic War’ (1941-1945), which had seen Ukrainians joining the Nazi German extermination squads, and assisting in the murders of millions of people in the area. The special forces of the NKVD eventually put-down this fascist insurgency in 1947 – but many of the Ukrainian Neo-Nazis today state that they are proudly descended from these fascist collaborators and War Criminals. The point to remember here, is that Mariya Oktyabrskaya had already lived and died nearly a decade before Crimea and Ukraine were administratively linked, and along with her husband, was proud to be a ‘Soviet’ citizen and a ‘Russian’ patriot. Furthermore, the Ukrainian neo-Nazis have started a separate ‘modified’ ‘cyrillic’ Wikipedia page that misrepresents the life of Mariya Oktyabrskaya, claiming that she was ‘Ukrainian’, and it is this fascistic page that the US (English) Wikipedia page has decided to emulate. This demonstrates the ‘rightwing’ agenda of the US Wikipedia franchise. Following the ‘Maidan’ neo-Nazi rise to power in Western Ukraine in 2014, the people of Crimea democratically voted to return to non-fascist Russia. Predictably, the US (English) wikipedia page covering the history of Crimea, trumpets the Ukrainian neo-Nazi distortion of history. Despite all this racism and misrepresentation, however, I have accessed Russian language sources and convey here the ‘real’ story of Mariya Oktyabrskaya as part of the commemoration of the 100th Anniversary of the Great October Russian Revolution! ACW (28.12.2017) Mariya Vasilyevna Oktyabrskaya (Мария Васильевна Октябрьская) [1905-1944] was born ‘Mariya Garagulya’ (Мария Гарагуля) in the Crimean region of the Soviet Union. She was of ‘Russian’ (i.e, ‘Slavic’) ethnicity, and was a very loyal citizen of the USSR and committed Communist. Mariya married Ilya Ryadnenko (Илью Рядненко) in 1925. Ilya Ryadnenko was a Cadet training at the highly regarded Soviet Cavalry School, and was also a committed Communist, both he and Mariya decided that they would create a progressive and fully ‘Socialist’ family in the USSR, and as such, changed their surname to ‘October’ (Октябрьская – Oktyabrskaya) out of respect for the 1917 October Revolution (led by Lenin), which had given them every possible help, support and advantage in life. 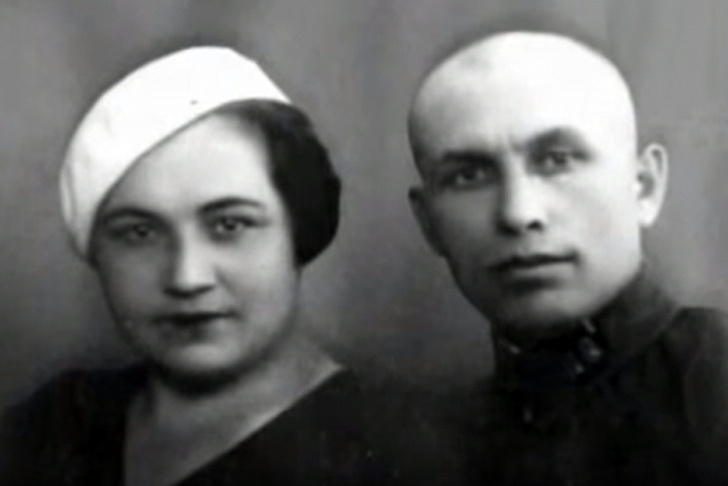 As a Red Army Officer’s wife, Mariya – born into a large family of peasants – was devoted, honest, selfless and tireless in her work, as she followed her Red Army husband from one Garrison appointment to another. She was particularly skilful in all aspects of needle-work, and was renowned for the quality of her work. However, although needle-work was a ‘traditional’ skill learned by women in Russia, as the Soviet Union legally treated women as being ‘equal’ to men in every respect, Mariya trained to be a Medic, drive a car and efficiently operate a machine-gun, as well as operate a military radio-set. In June, 1941, when the military forces of Nazi Germany invaded the Soviet Union, Mariya (and her husband) lived in Chisinau. with Ilya Oktyabrsky then serving in the 134th Howitzer Artillery Regiment. 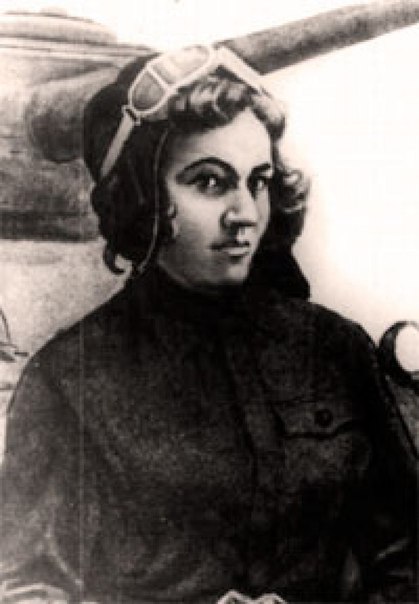 With the outbreak of war, Mariya (and other military families) were evacuated to Tomsk – whilst her husband remained at the front. As a Member of the Red Army (in a ‘reserve’ capacity), Mariya resumed her role as a radio-operator. However, in August, 1941, Mariya received notification that her husband – the Regimental Political Commissar – had died bravely leading a Soviet attack – when he was hit and killed by a machine-gun burst. Mariya immediately volunteered for front-line duty to serve the Soviet Union and wreak revenge upon the Nazi German invaders! However, even though she was qualified for front-line service, her request was denied because she was already 36 years old. This decision was premised upon the results of her medical examination, which revealed that she was suffering from tuberculosis of the cervical vertebrae. Mariya Oktyabrskaya then decided to personally purchase a ‘tank’ as a direct contribution to the anti-fascist war-effort. Although this sounds unusual today, there was nothing incredible about this idea, as the entire country was then collecting funds for military equipment and weapons. However, to purchase a tank was a very expensive under-taking! Even selling everything that she owned, Mariya could not afford anything near the price of a combat vehicle. This is where Mariya was very clever and made use of her embroidering skills. Arriving home from duty at the tele-communication station, Mariya would sit at the craft-frame, and embroider napkins, tablecloths, and towels. As her work was so valued, more and more orders arrived and she soon made a large amount of money which she gave to the anti-fascist war-effort. The right amount – 50 thousand rubles – was collected and sent to the State Bank by the spring of 1943. 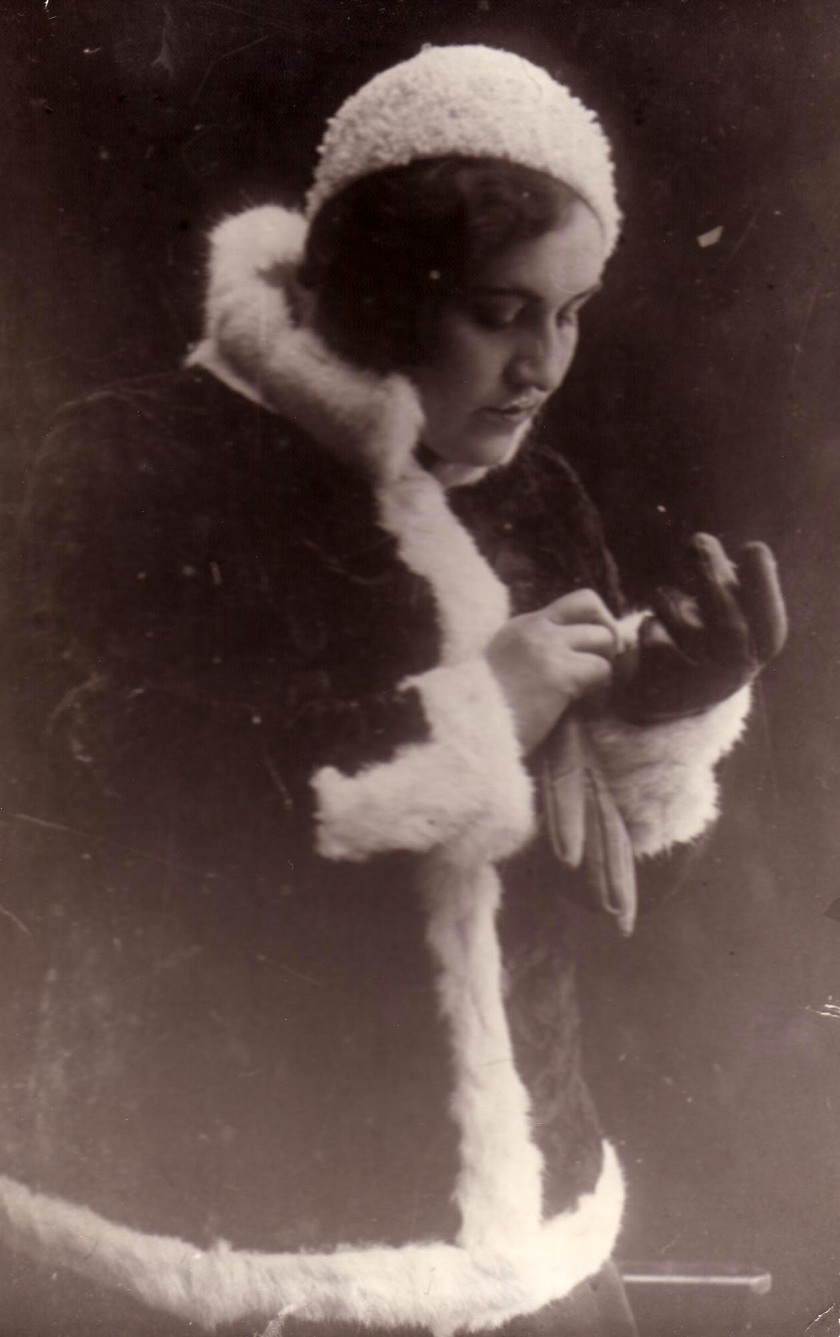 Mariya did not just want to purchase a Red Army tank for general purpose, she wanted to operate it herself as part of a direct contribution to the anti-fascist war-effort. To this end, Mariya took the unusual step of writing a telegram directly to Joseph Stalin which read:

‘Dear Joseph Vissarionovich! In the battles for the Motherland my husband, the Regimental Commissar Oktyabrsky Ilya Fedotovich, was killed. For his death, for the death of all Soviet people tortured by fascist barbarians, I want revenge on these fascist dogs, a cause for which I contributed all my personal savings into the State Bank as a means to build a tank – 50,000 rubles. I request that the tank be named ‘Combat Girlfriend’, and that I be allowed to operate it during frontline operations. I can already drive and operate a machine-gun, and I have been trained as a ‘Voroshilov’ sharp-shooter. I send you my warmest greetings and wish you long, long years of life. May you strike fear into our enemies and for the eternal glory of our Socialist Motherland. Oktyabrskaya Maria Vasilyevna.’ 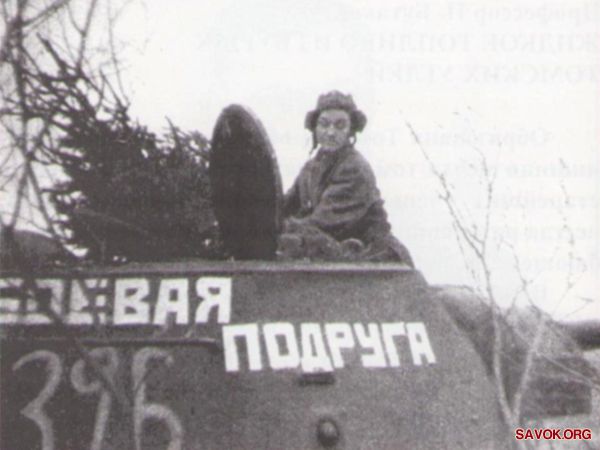 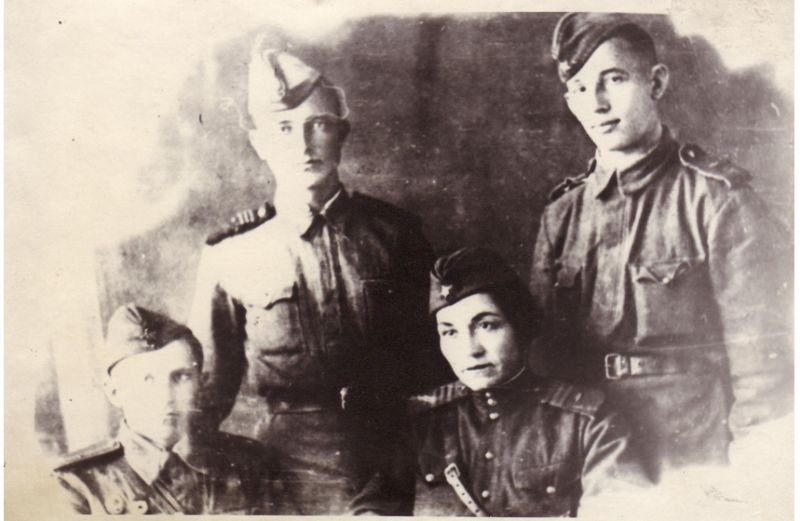 Between September, 1943 and March 1944, Mariya served in the 26th Guards Tank Brigade, starting as a Mechanic and Driver, but soon rose up through the ranks (due to her bravery), eventually reaching rank of Guards Senior Sergeant. Mariya eventually commanded the T-34 she had paid for and named ‘Combat Girlfriend’. Mariya was very skilled at clearing Nazi German machine-gun nests, and seeking-out and destroying well-hidden Nazi German artillery emplacements and ammunition dumps in and around the Vitebsk area of Belarus. She was expert in the handling of the T-34 machine gun and was renowned for taking on and clearing Nazi German infantry. Mariya, as an expert mechanic, was also able to repair the T-34 tracks when damaged by Nazi German fire – even when still in the midst of battle. She would climb out of the tank and ignore the enemy fire whilst performing her tasks. In January, 1941, whilst fighting near Vitebsk, Mariya guided hr T-34 tank through the enemy defenses and destroyed a number of entrenched Nazi German positions. Whilst repairing the tracks of her T-34 tank, however, she was hit in the head and remaind in a coma for two months before dying. On August 2nd, 1944, the Presidium of the Supreme Soviet of the USSR awarded (by decree) the title of Hero of the Soviet Union (posthumously) for courage and heroism displayed in many battles – to Senior Guard Sergeant Mariya Vasilievna Oktyabrskaya . The tank, acquired by Mariya Vasilyevna, was destroyed by the Germans in one of the battles. However, a young Soviet tank man, in memory of their dead mother and Commander, wrote on the tower of one of the new tanks, the words ‘Combat Girlfriend’. After the fighting for Minsk, this tank was decommissioned, but the proud inscription appeared on the tower of another tank, and after this tank was hit, there was another tank with this writing on its turret, meaning the memory of the ‘Combat Girlfriend’ continued to fight the Nazi Germans right up to Koenigsberg, where this tank ended its career. 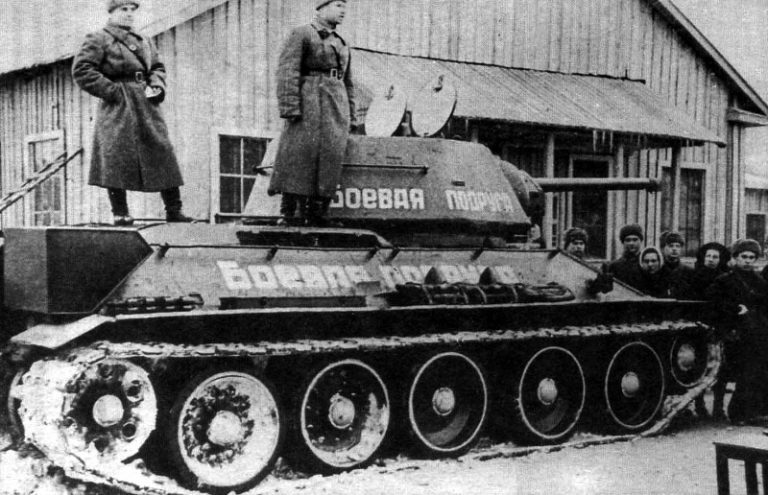