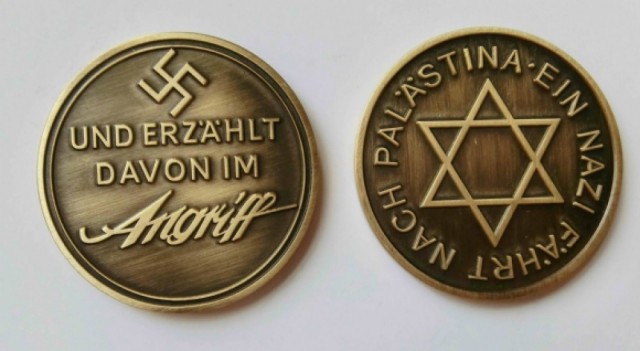 I wrote on this blog (a few years ago) about how I thought the election of Jeremy Corbyn to the leadership of the Labour Party was a ‘plan’ – contrived by forces unknown – to consolidate and root-out all the genuine Socialist forces ‘hiding’ within the many dark corners of that Party. Six National and Local Elections later – and Corbyn is not only no longer the Labour Leader – he is also ‘suspended’ from the Labour Party because of a carefully (stage) managed anti-Socialist campaign, that saw the Israeli government collude with a small (but prominent) section of the ‘Zionist’ supporting British Jewish community – and the bourgeois British media. The British media carried-out a brutal ‘fascistic’ campaign against Jeremy Corbyn’s ‘presence’ and ‘leadership’ and purposefully ‘ignored’ the majority of British Jews who ‘rejected’ Zionism’ as an ideology – and supported a ‘Socialist’ Labour Party!

These voices were not allowed to be broadcast as it would have undermined the preferred message of the Israeli government – namely that Jeremy Corbyn is ‘anti-Semitic’ and to vote for him would be tantamount to supporting the Holocaust! Ironically, this corrupt message was being propounded through the strictures of Israeli Zionism. If a genuine history book is referenced – it will show that before and during WWII, middle-class (White) secular Jews had a good relationship with Adolf Hitler and his Nazi German regime – Hitler even had a small number of ‘select’ Jews working for him in the SS! All this Zionist collaboration with Hitlerism occurred as millions of (innocent) ethnic Jews (who did not support Zionism, were not ‘secular’ and could not ‘hide’ their ethnic identity), were being loaded onto trains (like animals), and deported en mass to be brutally murdered at the numerous Death Camps established throughout Central and East Europe. Millions more Jews were murdered by invading Nazi German forces in the USSR. The (White) Israeli government uses the ideology of Zionism to ‘murder’ the (non-White) Palestinians –the original and indigenous population of the country of Palestine which the Zionist Jews invaded and occupied in 1947. Indeed, a leading (Blairite) Labour MP was secretly filmed being offered £1 million by an Israeli Agent – if she would assist the Israeli government in ‘destroying’ Socialism within the labour Party! In 1975, the United Nations (UN) issued its Report that was the result of a UN investigation into the ideology of Zionism. After assessing the historical roots and development of Zionism, coupled with the data attained from hundreds of interviews, it was ruled that ‘Zionism’ is a form of ‘White Supremacy’ racism related to the ideology of White domination and White colonialism – a form of fascism developed exclusively by middle-class ‘White’ (secular) Jews, predominantly in 1880s Germany. Hitler already knew this in the 1920s and 1930s, and this is why he tolerated ‘Zionists’ – after-all – Hitler was of the opinion that Zionists (like himself) were engaged in the project of a) privileging the White race, and b) destroying ethnic Judaism.

As the government of Israel deliberately ’conflates’ the history of the Holocaust (which was aimed at ethnic Jews), with the history of Zionism – so that anyone who ‘understands’ or ‘exposes’ this dark history is immediately accused of being ‘anti-Semitic’. This Hitleresque strategy is aimed at preventing and stopping any development of education in this direction. The Zionists would like their fascist past ‘forgotten’ (like any good Nazi), and would like to pretend that those Zionists that Hitler ‘favoured’ and ‘privileged’ were also victims of the gas chambers – which they obviously were not. The Israeli Zionists had to destroy the Labour Leadership of Jeremy Corbyn at all costs because he threatened to recognise Palestine as an independent State should he become British Prime Minister – and then pursue the Israeli government for its continuous ‘War Crimes’ and ‘Crimes Against Humanity’ through the appropriate International Courts! Israel’s crimes are legend in this sphere – aimed primarily at Palestinians and their international supporters. Israel stopped Corbyn’s attempt to become Prime Minister – and then had him declared an ‘anti-Semite’ for daring to stand-up to Zionist fascism, oppression and murder! Obviously, this is an inversion of reality as it is the Zionists who are White fascists and which need to be stopped by those who guard the well-being of humanity!