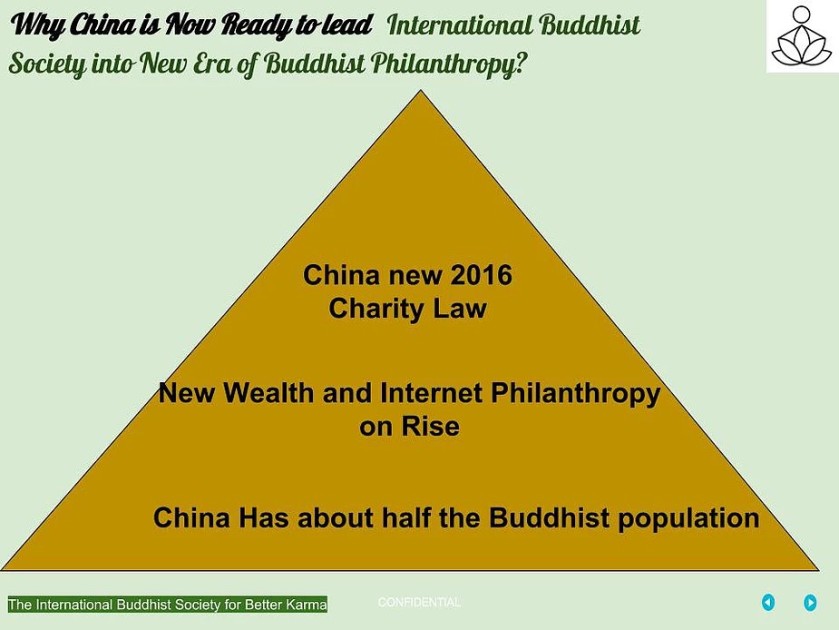 The Trump-era has seen the rise of the ‘Alternative Right’ (i.e. ‘Alt-Right’) which is a far-right and extremist White Supremacy Movement that is employing a ‘new’ strategy of appearing to appeal to sections of the US population that have historically been the ‘victims’ of hate-crime and racially motivated violence. The point of this is attempt to cut-away the usual support of centrist or centre-left resistance movements designed to fight the far-right. This means that Black and Asian people who have already accepted ‘capitalism’ as the norm, are drawn (due to their ‘greed’) into the murky world of playing second fiddle to White Supremacy. These recruits act very much as ‘Judas Goats’ leading members of their own ethnicity to the metaphorical (and perhaps ‘literal’) slaughter.
Communist China is a Socialist country that is slowly but surely eradicating poverty and illiteracy from within its population – inequalities and injustices that have their roots not only within China’s long feudal history, but also in the highly destructive Western colonial presence over the last 400 years. Through a Communist Revolution and Socialist Reconstruction, the People’s Republic of China has succeeded in raising record numbers of people out of abject poverty and increased the literacy rate to 90% and more! More than this, China has created a thoroughly ‘modern’ and scientifically advanced population the likes of which the world has not seen. Capitalist enterprise and bourgeois charity work, as products of predatory free market activity, are quite rightly ‘banned’ within Mainland China as being enemies of the people. Bourgeois charity is the use of ill-begotten profits secured through exploiting the masses, which are used to retain the status quo of capitalist exploitation. Bourgeois charity never ‘solve’ the problems at hand (as that would put them out of a job), but only temporarily ‘relieve’ the issue. Whatever the case, the capitalist system must never be compromised but always supported and perpetuated.
About three weeks ago I was contacted by one of the ‘CEO’ of the ‘Buddhist International Society’ (IBS) – a person who is a US citizen but who was at the time emailing me from China (where she was visiting). This lady claimed she got my name and email address from the Chinese Buddhist Association – but they have never heard of the IBS and would never give out my details in this manner. In a situation such as this, the Chinese Authorities would quite rightly be involved when an unregistered US ‘business’ venture (packaged as a ‘charity’) is threatening to enter China illegally. I discovered that the IBS represents the cult of Japanese ‘Nichiren’ Buddhism made famous in the West by billionaire film and music stars who fall for its lies and malpractice. Whereas genuine Buddhism advocates the clearing of the mind through the uprooting of greed, hatred and delusion, the Nichiren schools (which reject Buddhist monasticism) have developed the ENCOURAGING of greed, hatred and delusion as a practice linked to the fanatical chanting of the name of the ‘Lotus Sutra’ (in Japanese transliteration). Through continuous chanting and visualising all the required wealth and material objects, the Buddha – acting very much like the Christian god – is believed to ‘grant’ these requests. This ‘faith-based’ Buddhism is a departure from the correct Dharma and conveys the false teaching that a person’s wealth is due to ‘unseen’ spiritual forces at work, instead of the product of unequal and ruthless socio-economic forces at work.
In 2016, the Communist Party of China (CPC) passed a Charity Law designed to help Chinese people (living in China) to start strictly administered and regulated charities that assist the CPC to continue to build a Socialist State. This move is merely the extension of redistributing wealth – this time from private hands back into the public domain. The strict laws governing this charity work attract large fines and imprisonment for any hint of illegal or corrupt activity. This law covers only charities founded within China by Chinese citizens and does not authorise or facilitate (in any way) the accessing of the interior of China by bourgeois, Western charities (which are illegal and not required). However, the ‘CEO’ of the IBS – whilst continuously ‘ignoring’ my above explanation – kept justifying the IBS attempted invasion of Communist China by (falsely) stating that the 2016 charity act ‘legalizes’ what they are attempting to do. This ‘CEO’ also repeated the mantra that the bourgeois charity (with apparently unending supplies of money) she represents is ‘non-political’! I suspect this person is a CIA agent or something similar, and that her and her colleagues are intelligence operatives engaged in a not too clever (Trump-era) attempt to ‘destabilise’ Communist China from within. I would suggest that no legitimate Buddhist groups join this Eurocentric ‘joke’ of an organisation with modern Japanese connections.