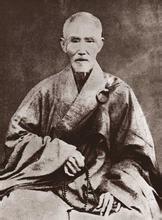 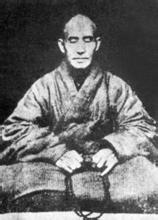 Interesting to read the attacks on Xu Yun’s age (purported to have been 120 years of age at his death) emanating from pro-Western Taiwan Chinese sources (which generally eulogise the Westernised and Christianised Chinese scholar Hu Shih). Hu Shih – a man who thought Chinese traditional culture was inferior to that of the West (due to the manner in which he was academically trained in the West) – launched his attack upon Xu Yun’s reputation and integrity in 1959, when the anti-Chinese Cold War offensive was beginning to gain momentum, led as it was by CIA activity in the Tibetan part of China. It can only be surmised that this was in response to (or ‘revenge’ for) Xu Yun ‘staying’ within Revolutionary China, meeting with the ‘new’ Chinese Authorities, and actively assisting in guiding that government in its ‘modern’ presentation of Buddhism. Xu Yun informed Zhou Enlai (his disciple), and Mao Zedong that the practises of ‘modern’ Japanese Buddhism were no good for China, and that it must be written into Chinese secular law that Buddhist monks and nuns ‘must’ legally follow the entirety of the Vinaya Discipline with no exceptions. Xu Yun stated that a ‘lay’ person was not a Buddhist monastic, and that a Buddhist monastic must be celibate, a strict vegetarian and not to drink alcohol.

Bearing these facts in-mind, it is curious that one or two ‘Zen’ groups in the West claim fictitious lineage links to Xu Yun (which are not recognised or accepted in Mainland China), and fail to understand that Xu Yun did not practice ‘Zen’, had a low opinion of Japanese Buddhism, and was disgusted by the general lack of morality and restraint demonstrated by imperial Japanese soldiers in China between 1931 to 1945. The main reason Xu Yun rejected ‘Zen’ was because Japanese Buddhism in general had rejected the following of the Vinaya Discipline centuries ago, and allowed lay men and women to undergo ‘mock’ ordinations, to get married, participate in all kinds of worldly activity (including warfare), eat meat and drink alcohol. Secondary reasons involved the sullying and distortion of the Linji and Caodong lineages (and others) that had spread to Japan, and the misunderstanding of basic Ch’an idioms, methods and techniques. Needless to say, these ‘fake’ Zen-Ch’an lineages propagated in the West can be easily dismissed by contacting the ‘alleged’ associated Ch’an temples in China, and asking the presiding Head Monks whether any non-Chinese people have received ‘Dharma Transmission’ in modern times, and been granted ‘official’ permission to use the Japanese term ‘Zen’ in replacement of the Chinese term ‘Ch’an’ in Western language translation. The answer will always be the same, and that answer is ‘no’. This being the case, it means that all the so-called ‘Zen’ lineages are either completely fictitious, or linked to authentic ‘Zen’ lineages in Japan. Whatever is the case, there is no genuine link to a) Ch’an Master Xu Yun, and b) authentic Chinese Ch’an Buddhism. Although there are respectful relations between certain Japanese ‘Zen’ sects and their Chinese Ch’an counter-parts, this does not imply a ‘direct’ lineage transmission link. Of course, this situation is problematic as the Japanese government currently refuses to acknowledge the War Crimes its soldiers committed in China between 1931-1945 – many of which Xu Yun relates in his biography.