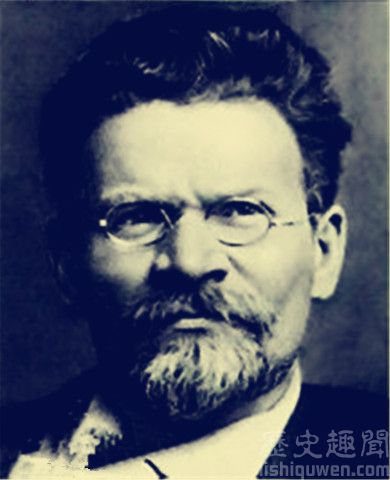 Translator’s Note:  The Sino-Soviet split occurred with the rise to power in the USSR of Nikita Khrushchev who is believed to have been a Trotskyite sympathiser who contrived a ‘Secret Speech’ that accused Comrade Stalin of all kinds of fabricated crimes.  This effectively was the betrayal of Lenin (and Stalin) and the Soviet people, and the beginning of the slow movement toward the disintegration of the USSR at the hands of the traitor Mikhail Gorbachev in the late 1980’s.  (Khrushchev’s crimes are revealed in Grover Furr’s book ‘Khrushchev Lied’).  However, China refused to acknowledge Khrushchev’s allegations, and instead continued to interpret Stalin’s actions to be necessary and correct.  Here, the great educator and politician MI Kalinin is assessed from a Chinese Communist point of view – and his example is interpreted as being both excellent and worthy of emulation.  ACW 18.5.2016

Mikhail Ivanovich Kalinin (1875-1946) was an educator in the Soviet Union.  He stated that all Soviet citizens must take responsibility for their own learning and acquisition of knowledge, and that this is because the essence of Soviet life is that of a sustained Communist Education programme.  This is why Kalinin dedicated his life to educating both himself and others using this progressive method which includes both scientific and non-scientific subjects alike.  Kalinin was recognised in the USSR as a great teacher because he was always striving to learn and assimilate information himself (from a Scientific Socialist and Marxist-Leninist perspective).  As this was the case, Kalinin developed the ability to dialectically (and correctly) interpret and assess information from scientific sources, and information contained within the arts and other areas of learning.

Kalinin – as a Communist Educator – believed that as children are the essence of humanity, their education should not be ‘forced’ or ‘draconian’, but should rather be natural and allow the children to emotionally, psychologically and physically develop and mature slowly but surely, in accordance with natural development.  Kalinin believed that if children were ‘forced’ to mature too early, and to behave like adults too young, their education would suffer, and would not be rounded or all-encompassing – as Communist Education demands. Young people should learn self-respect and respect for others, so that they can value society and all the people that comprise it.  They should learn the spirit of selfless volunteering, and respect the feelings of workers and the toiling masses.  In fact, in an early conference, Kalinin was asked which was the most important for the maintenance of Soviet power and vigour, the workers or the peasants?  Kalinin did not issue a direct theoretical answer, but instead asked which is more important for an individual, the left leg or the right leg?  This surprising response from Kalinin led to the peasant migrant workers (who were present) to respond with cheers!

For Kalinin, the equal worth of the workers and the peasants is an important point for Communist Education, as neither the worker nor the peasant can be dispensed with.  When asked about happiness, Kalinin stated that always striving to learn through Communist Education is the true happiness, because such a sustained endeavour leads to a permanent state of progression for society and betterment for the individual.  For this to happen, it is important to live within a progressive Communistic environment that is always striving for the welfare and progression of humanity.  Happiness for Kalinin is a ‘collective’ happiness, from which the individual benefits coincidently.  Happiness for a Communist is to exist in a permanent state of progressive education.  Kalinin said that the USSR had fought and won this Communistic freedom, and that the culture of the USSR was as important for the development of humanity as is the need for humans to breathe oxygen.  All human struggle is an exercise in education.

In appraising MI Kalinin, it is important to remember that he was the first elected Head of State for the USSR, and that he retained this position until his death (in 1946).  This great man was very popular amongst the Soviet people, and this fact is often forgotten in history books today.

After Lenin’s death, Stalin became the Supreme Soviet leader of the USSR – or President of the Presidium of the Supreme Soviet – but Kalinin served as the Head of State, always working behind the scenes to help Stalin in the administration of the country.  After the disintegration of the USSR, Kalinin remained very well respected within Russia and the other former Soviet Republics.  Kalinin is known as a great educationalist, and skilful politician who contributed considerably to the development of the Soviet Union both internally (through the development of progressive education), and on the international stage (through positively assisting with political matters).  In times of difficulties within the USSR (emanating from external sources), when Stalin was forced to take drastic action against internal criminal elements, it was Kalinin who often intervened in the matter of commuting ‘death sentences’ and saving a number people from execution.  Although Stalin was a very powerful person, Kalinin was known as being a very kind person.  Modern Russians respect both Stalin and Kalinin – but for different reasons.  Even Lenin thought Kalinin was an excellent organiser and thinker.  Kalinin is viewed today, as he was in the Soviet Union, as being a great man.  This can be shown to a certain extent by the fact that Stalin trusted his opinion and judgement, and the fact that Kalinin was never suspected as deviating or betraying the Soviet cause at a time of Trotskyite infiltration.  MI Kalinin was a great visionary Communist Educator who dedicated his life to the Soviet cause.  He is even respect in the capitalist West – the sworn enemy of the USSR.