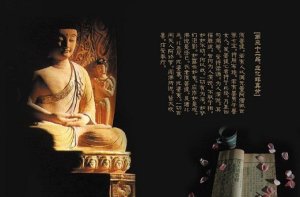 The philosophical notion of ‘emptiness’ is a core teaching of Buddhism, found within both its Pali and Sanskrit texts (i.e. ‘suttas’ and ‘sutras’, etc.). The doctrine of Buddhism has been historically presented in either a ‘narrow’ (Hinayana), or ‘broad’ (Mahayana) interpretation that has varied in frequency from Buddhist school to Buddhist school. This interpretative paradigm is more often the product of personal opinion, rather than of doctrinal difference, as generally speaking, the Pali suttas contain definite Mahayana implications and tendencies, whilst the Sanskrit sutras thoroughly embrace the narrower Hinayana methodology – even if it is not ‘exalted’ in the commentaries. This obvious mixing of narrow and broad approaches, strongly suggests that the entire body of Buddhist philosophical instructional material, arises from the mind of a single and profoundly ‘aware’ human individual, and that the separation into schools of interpretative difference happened after the passing of this remarkable individual. Each Buddhist school is ‘correct’ in the sense that it advocates a definite teaching that emanated from the Buddha, but is equally limited in the scope of the enlightenment it can deliver to humanity, by the fact that it excludes the possibility of the Buddha’s other (and equally effective) Dharma-doors to freedom from suffering. In this regard, the various Buddhist schools can be viewed as a product of selective specialisation, and treated over-all in a holistic manner that recombines the disparate aspects of the Buddha’s teaching, into one genuine ‘whole’. Specialisation of this kind, has served to develop in an isolated manner, key issues related to Buddhist thought and practice, and are definitely not without their respective merits. The point for a Buddhist aspirant seeking enlightenment, is that a broad awareness of the entirety of Buddhist teaching is preferable, to that of a narrow view that lacks both depth and breadth. As Buddhism is not a ‘religion’ in the monotheistic sense, its followers are advised to avoid the pitfalls of faith-based belief systems, and exclusivity related to practice.

It is important to realise that the Hinayana movement does not necessarily equate with the modern Theravada School – as this school follows the Pali Suttas to the letter and has produced many fine modern thinkers such as Buddhadasa, Nyanaponika and Walpola Rahula, etc. – and that even within the general Mahayana movement, many adherents of such schools apply their Dharma practice within a very narrow and self-centred criterion. Therefore, the philosophical terms ‘Hinayana’ and ‘Mahayana’ refer to the ‘narrow’ or ‘broad’ interpretation of exactly the same doctrine espoused by the historical Buddha, and do not, in and of themselves, refer to ‘separate’ Buddhist schools that disagree on doctrine. Hinayanists and Mahayanists follow exactly the same Dharma teachings, and there is no moral implication ascribed to either term, as both terms can be said to have their own inherent positive and negative aspects. Having established this understanding, an examination of the notion of the term ‘emptiness’ as interpreted through both these perspectives can now be undertaken.

Etymology Key: The Pali term for ‘empty’ is ‘sunna’, whilst the Sanskrit term for ‘empty’ is ‘sunya’. The Pali term for ‘emptiness’ is ‘sunnata’, whilst the Sanskrit term for ‘emptiness’ is ‘sunyata’. Within Devanagari Sanskrit, the term ‘sunyata’ is written as ‘शून्यता’. The etymology of this term is interesting as its root is from ‘svi’, which means to ‘swell’ and ‘expand’ thus creating a hollow space. It has been noted that the word ‘Brahman’ is premised upon the root ‘brmh’, which also carries the meaning of to swell and expand. In the ontological sense, sunyata is an emptiness that is not ‘nihilistic’. This is because the concept of sunya (or ‘empty’) is considered to be ‘full’. This is similar to the experience of pregnancy, whereby a hollow develops that is full of the growing child – although in the context of sunyata – the emptiness is full of nothing inparticular. This is why the Buddha is said to be seated within the profound state of ‘Sunya-sattva’, or ‘Empty principle’. As emptiness is full of nothing in particular, in theory it is freed to be full of anything without limit. Emptiness is a realisable state of mind, body and environment that is synonymous with Nirvana (cessation of burning desire), Paramartha-sat (Supreme Reality) and Tattva (Reality). In its axiological sense, sunyata implies that all physical things are without substantiality. This is the enlightened view of phenomena. When in the ignorant state, however, the human mind thinks that everything in the world has an innate existence, and is attached to this misconception. When used in its soteriological sense, sunyata signifies ‘freedom’ from delusion through the development of enlightened wisdom (prajna). This ‘empty wisdom’ sees through the veil of delusion and perceives reality free of any obscuring dualism. Sunyata is not nihilism, and is not an end in itself – as emptiness is ‘empty’ of emptiness. The realisation of sunyata is the realisation of unlimited prajna.

The Hinayana perspective views the different aspects of the physical world (i.e. dharmas) as being ‘real’ and ‘substantial’ entities that exist independently outside the mind and body of the observer. This is to say that the material constituents of the physical world are not ‘empty’ of ‘substantiality’, but are considered ‘real’ in and of themselves. Enlightenment for the Hinayanists revolves around the uprooting of the false notion of ‘self’ that is implicit within the mind and body. The mind is emptied’ of any notion of ‘self’, just as greed, hatred, and delusion are uprooted through appropriate and effective Dharma-training. Generally speaking this training is entirely monastic in nature and excludes lay-people from its practice. It is the human mind (and body) that is ‘empty’ of any notions of a permanent, independent, and substantial ‘self’. This is the Hinayanist realisation of ‘non-self’ (pudgala-nairatmya), which is synonymous with the achievement of the state of ‘cessation’, or ‘Nirvana’. This is inaccordance with the highest aim of the Hinayanist ideal, which is that of the attainment of Arhatship. For the Hinayanist, the enlightened state is ‘empty’ of self, and that this direct realisation is enough to attain freedom from suffering.

The highest ideal of the Mahayana perspective is that of the ‘Bodhisattva Vehicle’ (Bodhisattayana). This follows the notion of the achievement of universal enlightenment that includes the guidance of all beings into this state. It is presented as ‘superior’ to that of the attainment of Arhatship, which is also referred to as the ‘Sravakayana’ (Disciple Vehicle), and the ‘Pratyekabuddhayana’ (Solitary Buddha). The Mahayana agrees that the achievement of the state of Nirvana is dependent upon the realisation of the ‘emptiness’ of self (pudgala-nairatmya), but argues that a further attainment is also required if the state of complete Nirvana is to be attained. This other attainment is the realisation of the ‘emptiness’ of physical matter (dharma-nairatmya). Within the teaching on the ‘Chain of Dependent Origination’ (Pratītyasamutpāda), the Hinayanist believes that the mind and body interacts with a physical environment that is ‘real’, but the Mahayana view is that all that exists (samskrta) and does not exist (asamskrta) is brought about by conditionality, is relative, thoroughly empty, and has no substantiality from start to finish. The term ‘dharma’ is used to here to refer to the entirety of physical things that appear to exist in the universe, and should not be confused with the term ‘Dharma’, which is used to refer to the teachings of the historical Buddha. For the Mahayanist, the removal of ‘klesa’ (or ‘defilements’) from the mind is an important process, but whereas the Hinayanist believes that this alone leads to Nirvana, the Mahayanist asserts that another achievement is required, namely that of the attainment of true knowledge. For the Mahayanist to achieve enlightenment, not only must the ‘veil of defilement’ (klesavarana) be removed from the mind, but also that of the ‘veil that obscures true knowledge’ (jneyavarana).

The notion of ‘emptiness’ is found both within the Pali and Sanskrit Buddhist texts and associated commentaries, and must be viewed from two distinct perspectives that represent ‘relative’ (empirical) reality, and ‘absolute’ reality:

1) Empirical Reality (parabhava): From the Mahayana perspective all phenomena is termed ‘svabhava-sunya’ or ‘empty of any substantiality’, whilst from the Hinayana view, empirical reality is ‘substantial’.

2) Absolute Reality (svabhava): Absolute reality for the Mahayanist is termed ‘prapanca-sunya’, or a reality ‘empty’ of verbal expression, thought constructs, and duality. The Hinayanists believe that enlightenment can be verbalised and juxtaposed with an existent outer world.

Through the work of Nagarjuna, the Mahayana movement developed the interpretation that physical matter is ‘empty’ of any substantiality. This is due to Nagarjuna applying his tetra lemma (catuskoti) formula to the assessment of the ‘Chain of Dependent Origination’ (Pratītyasamutpāda), and logically proving that just as the true enlightened state has no-self associated with it; then it is also equally true that physical matter has no substantiality associated with it. Everything is dependent upon everything else, conditioned by everything else, and contingent upon everything else. This being the case, nothing in existence can contain an independent and substantial essence – as the Hinayanists assert. Nagarjuna states:

‘There is no real production; there is only manifestation of a thing contingent on causes and conditions. It is this conditioned co-production that we designate as sunyata.’ (The Conceptions of Buddhist Nirvana: By Theodore Stcherbatsky – Page 38)

As there is no ‘causal’ relationship between entities, but only a mutual dependence, physical things cannot be logically accepted as having a separate and distinct ‘substantiality’. For Nagarjuna, the very idea of a system of ‘causation’ that involves ‘substantiality’ is nothing more than a ‘projection’ upon reality that emanates from a deluded mind. What is interesting is that Nagarjuna is not creating a ‘new’ Buddhism, but is rather creating the conditions for a better understanding of the original Buddhism. His tetra lemma, although unique and ingenious in its construct, is nevertheless only the re-stating of the Buddha’s own wisdom. If this is indeed the case, then Nagarjuna has proved that the Hinayanist position is not so much a dispute surrounding the correct interpretation of the Dharma, but is in reality a product of a limited or incorrect understanding of what the Buddha originally taught, propounded by some of his early followers. This has far-reaching implications for the ongoing interpretation of the history of Buddhism, and has the potential to shine a fresh light on the controversial subject matters of schisms, breakaway groups, heretical teachings, and true followers of the Dharma. It is not an exaggeration to state that the Buddha’s teaching rises and falls upon a correct interpretation of the concept of Dharma – and that this correct interpretation is in essence determined by the right understanding (and realisation) of the notion of ‘sunyata’, or ‘emptiness’.