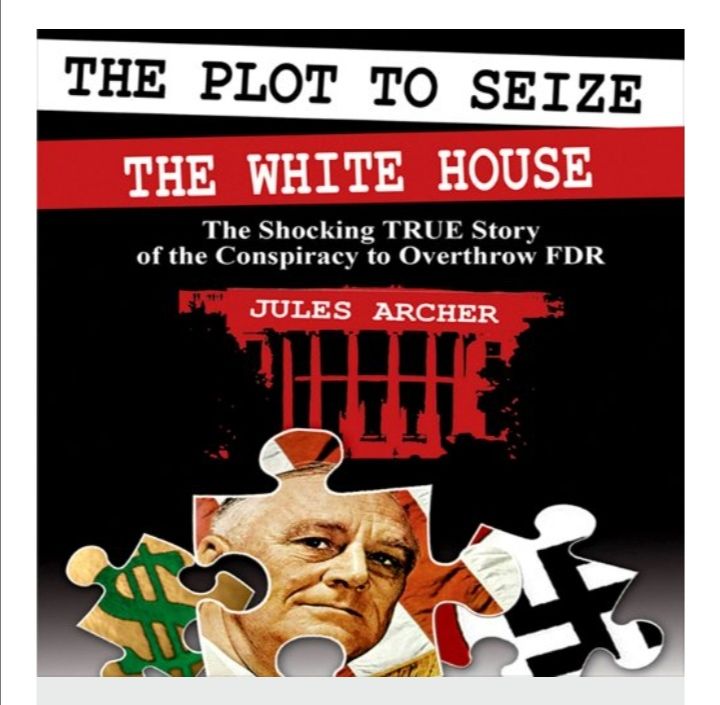 Following the election of the billionaire business Donald Trump as the 45th President of the USA in 2017 – and the subsequent attempt of himself and his supporters attempting to overthrow the liberal, democratic system (during the so-called ‘March on Washington’ during 6.1.2021), this book reminds the world that ‘fascism’ is not a new phenomenon in the US. Having said that, this is a thoroughly ‘bourgeois’ book’ which shockingly eulogises the career of General Smedley Butler (1881-1940) who is responsible for participating in some of the worst military atrocities carried-out by the US Army outside of the geographical borders of North America, and far from being a ‘hero’ as suggested by this author – should probably have stood trial for these crimes! (In just two examples. in the Philippines between 1899-1900, Butler and his troops contributed to the 1 million deaths of Filipino men, women and children, whilst Butler and his troops murdered 50,000 unarmed Chinese men, women and children during the Western and Japanese sack of Beijing in 1900)! This Eurocentric author still refers to the ‘Boxer Uprising’ as a ‘rebellion’ when obviously this was a freedom fight against a vicious invader! A people defending their own country against an invader cannot logically be perpetuating a ‘rebellion’ as the intruding foreign power possesses no legal right to be there!

President Roosevelt (FDR) was disabled and came to office during one of the worst financial eras consumer capitalism has ever known! He understood that a type of Socialism was required if widespread starvation was to be avoided due to terminal unemployment. The problem was that the prominent Zionists and financiers who control fiscal America did not agree with his thinking and believed him to be a Communist sympathiser. This allegation was appeared to be given substance when FDR granted full diplomatic recognition to the USSR (sending Harpo Marx as a good-will ambassador to Moscow). In the meantime, in 1933 the far-right American Liberty League was formed with money from JP Morgan and the Rockefeller family, as well as those behind GM Motors and many other prominent business families (the Rockefeller family had financed a eugenics programme in the 1920s that offered poor, working-class adults $100 each to be ‘voluntarily’ sterilised). At the same time, the ‘American Legion’ (the US equivalent of the right-wing ‘British Legion’), was comprised of 12 million unemployed Veterans who were ‘rented-out’ to corporate managers to ‘break strikes’ – that is to ‘attack’ working men who were striking to earn better employment rights and working conditions. The Zionists and the financiers had formed an alliance between the Southern Ku Klux Klan (KKK), the American Liberty League and the American Legion and intended to overthrow FDR and instigate a ‘fascist dictatorship’!

Smedley Butler was the choice for the fascist dictator of America of a prominent clique existing within the American Legion that was receiving money directly from Mussolini – the leader of fascist Italy. JP Morgan, on the other hand, preferred the much more openly right-wing Douglas MacArthur! Although there were a number of other contenders. As matters transpired, Smedley turned-out to be a poor choice as he eventually went public and reported the entire plot to the US authorities! True to form, however, only the working-class protagonists were tried and imprisoned for their part in this fascist treason – whilst nothing happened to the Zionists, the financiers or the KKK – as the families behind these entities controlled the banking system of the US. If the American State moved on these families – then these families would have moved upon the US State! Smedley Butler was the kind of man who would massacre entire Chinese villages and then make the survivors construct ‘Victory Banners’ thanking him for ‘clearing the land’ the lived on! Just ‘why’? he refused to lead this attempted insurrection is something of a mystery! Indeed, Butler was not only involved in a US imperialist adventure in China during 1900 – but was commanding invading US troops in China yet again during the Incursion of 1927-1928! During tis capitalist adventure, the US was supposedly ‘protecting’ US interests in North China as the US-supported Dictator – Chiang Kai-Shek moved to crush the Northern Warlord Government of ‘Beiyang’. Ironically, America was backing both sides but uses its military in ‘defending’ the Northern Government. Chiang Kai-Shek was a not only a Christian convert – but during the 1928 Northern Expedition he ordered his troops to attack and destroy the famous ‘Shaolin Temple’ situated in Henan – an act intended to impress his Western, Christian-backers! Smedley Butler was merely being asked to inflict the same fascist conditions on the American people that he had inflicted on others all over the world in the name of US capitalism!