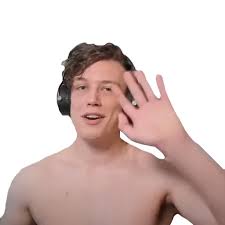 Catboy Kami is a self-hating homosexuality cross-dresser and potential seeker of transgender surgery. Whilst assuming a far-right political persona on the video-sharing platform ‘Omegle’ – he espouses a wide-range of limp-wristed and unconvincing neo-Nazi rhetoric – associates of his have confided that he is in fact searching for a boyfriend who possesses the requisite maturity and social skills to accompany him on his journey of transition from ‘boy’ gender to ‘girl’ gender. As this includes ‘bodybuilding’ through weightlifting – Catboy Kami requires a ‘very strong’ boyfriend who can ‘pick him up…’

He would prefer a ‘Black’ boyfriend and he wants to pick a man of colour who can ‘take’ all the racist abuse he can dish-out, before falling into one another arms in a loving embrace. I was shown a dairy purported written by ‘Catboy Kami’ which suggests ‘Catboy’ is social camouflage for ‘Lady-boy’ – a concept he fell in-love with when visiting Thailand in 2013! The ‘kami’ is the Japanese word for ‘Divine’ – because that is the cross-dressing character he most admires and would like to emulate! What all this is about is an exposure of just how prolific homosexuality, cross-dressing and transgenderism actually are within the contemporary and hypocritical far-right political movement!

What these people is participate in promiscuous same-sex or goes whilst rhetorically attacking those gays who do not support or associate with the far-right! Catboy Kami is very touchy about his hair which he keeps long, shining and in good condition just in case any good-looking boys are in the audience when he goes on air in ‘Blackface’, armed with a pistol and coming out with all kinds of coquettish pseudo-racism – much of which he does not actually know what it means! Catboy Kami is an Internet warrior out on the ‘pull’ as we say in the UK – will you be his next conquest?

All his ex-boyfriends are soon going to start a blog where they will share their homosexual experiences with Catboy Kami so that you will have some idea as to his sexual appetites and what to expect when the lights go it! I am told that despite his assertive manner in his videos – this is the exact opposite to what he prefers in bed – ‘Blackface’ or no ‘Blackface’! Put it this way, his ego is not the only thing he likes to be ‘bruised’ by the right man!