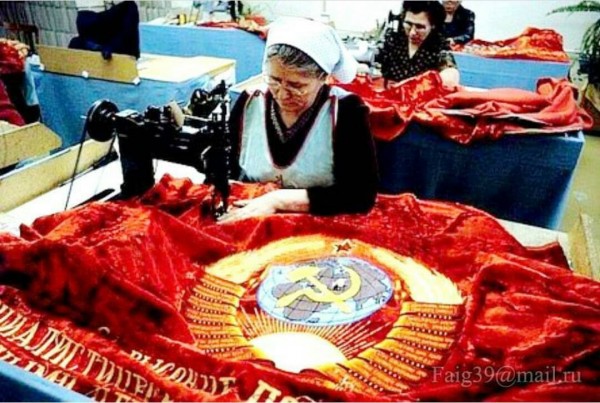 In 1978, Boney M became the first world-class pop group to break through in the USSR and Communist Bloc. The multicultural structure of the group (and their lyrics often exposing racism, inequality and injustice) suited the Socialist culture and the general attitude of ‘Internationalism’ that prevailed throughout Communist Bloc. The members of Boney M were also considered very honest and genuinely ‘loving’ toward the Soviet people. Boney M gave ten concerts in Moscow and received permission to shoot their video clips on Red Square, which was previously not allowed for any foreign group. This was a great honour, as the filming took place near the sacred body of VI Lenin – the Founder of the Soviet State.

Boney M’s sensational tour in Moscow caused a great response in the international press and in the Soviet Union. The Soviet people and the Communist Party reacted very warmly! The Central Television of the USSR filmed a special TV show entitled an “Evening of Boney M. in the Ostankino concert studio”. Evgeny Ginzburg was appointed director of the television version. The premiere of the film-concert took place during early April 1979 on Channel 1. A night replay was shown in May of the same year. During the period of General Secretary Yuri Andropov (1982-1983), the video went ‘missing’. Some speculate that this was due to a backlash against “bourgeois culture” – whilst others state a lack of a license for re-screenings was to blame. As the Soviet version has not yet re-surfaced, it is believed that the only other original version is owned by the group’s producer – Frank Farian.

Boney M were among the officially “allowed” foreign performers in the USSR (despite Boney M sometimes being included on various ‘watch’ lists due to the politically sensitive lyrics contained within the song entitled “Rasputin”). Some of the group’s compositions, for example Sunny (1976), were released in the USSR on discs by the Melodiya company for ‘free’ distribution among the people (later, in the post-1991 Russia, all Boney M albums and compilations were successfully sold). The group’s songs were often broadcast on the radio in the USSR to inspire the workers, and video recordings were occasionally shown on Central Television during the programmes – including “Melodies and Rhythms of Foreign Stage” and “Morning Mail”, etc.

Was the 1978 song Rasputin really ‘banned’ in the USSR? Although this is sometimes reported within Russian language sources – it is a claim made without any reliable historical reference. This does not mean it was not banned – but the timing would seem rather odd. Why would the Soviet State authorise Boney M to perform in the USSR and film directly outside the Kremlin if they had just released a song of ‘questionable lyrics? The song was recorded during May, 1978, and officially released on August 28th, 1978. As for the lyrics – “Rasputin” – refers the hope held by Tsaritsa Alexandra Fyodorovna that the mystical healer Grigori Rasputin could assist with her son – Tsarevich Alexei – and stop the continuous bleeding he suffered (and other ailments) due to him being a haemophiliac.

According to history, Rasputin did indeed appear to help the young boy and stabilised his condition through faith-healing. Some speculate that the boy may have been the product of an affair between Rasputin and the Tsarina. Hence the lyrics “Ra Ra Rasputin, lover of the Russian queen, there was a cat that really was gone”, “Russia’s greatest love machine”, “to Moscow chicks he was such a lovely dear”. The song claims that Rasputin’s political power overshadowed that of the Tsar himself in “all affairs of state”. When his sexual and political acts became intolerable, “men of higher standing” plotted his downfall, although “the ladies begged” them not to. Although the song states “he was a brute”, it claims that the ladies “just fell into his arms.”The end of the song recounts a modified version of a popular description of the events that culminated in Rasputin’s assassination, as perpetrated by Felix Yusupov, Vladimir Purishkevich, and Dmitri Pavlovich, on 16 December 1916 (O.S.). The song claims that Rasputin’s assassins fatally shot him after he survived the poisoning of his wine. The song itself is said to use genuine (and recognisable) melodies from Russian folk songs, etc.

Boney M first visited the USSR during December, 1978 – some four months after the releasee of the song ‘Rasputin’. The quickest way to clear-up this issue is to watch the film from the tours of Moscow in late 1978 and see whether ‘Rasputin’ is performed. Interestingly, Lenin had a fairly low opinion of Rasputin – accusing him of infiltrating the royal family and dictating events from behind the scenes. For some reason, the British MI6 was also involved in the murder of Rasputin.