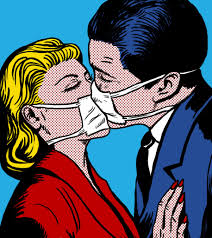 The sub-limitation of a sexual drive developed for communal sexual activity – limited to one spousal partner at time (and only within ‘strict’ conditions – may have served to release part of the human sexual urge into a major evolutionary creative force throughout human cultural development. Whereas early humans either participated in sexual activity all day when not engaged in scavenging and hunter-gathering – later human culture filtered through the agricultural revolution – developed a dramatic change in psychological and physical organisation of the tribe.

Out went collectivity and in came individuality. Out went matriarchal control and in came patriarchalism. Expansive and all-encompassing sexual activity was replaced with ‘exclusivity’ and departmentalised ‘marriages’, etc. Gayness and bisexuality were common-place with many old human cultures accommodating various forms of transgenderism. These things are not perversions, crimes or aberrations – but important parts of human evolutionary development. Indeed, to perceives these cultural attributes as being ‘perverse’ is to embrace anti-intellectualism, reaction and to oppose scientific fact. No genuine and self=respecting Marxist-Leninist should advocate a prejudiced or discriminative attitude to these manifestations of human behaviour. Understanding ‘science’ has nothing to do with personal opinion.