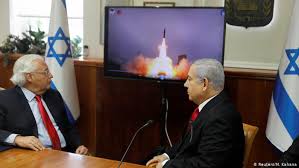 The Covid19 pandemic and its internal effects upon the UK have taken a violent-turn. Reports of civil unrest are being gathered from across the globe – with people rioting in Cardiff and London – and violent crime threatening to spiral out of control. The strain of the Covid19 lockdown in the UK has intensified the already stark and prominent cultural lines that define, distinguish and ‘separate’ Britain’s many different ethnic groups. Priti Patel (of Indian, ‘Hindu’) origin has ‘bullied’ various members of the British ‘White’ Civil Service in ‘resignation’ – whilst the Prime Minister – Boris Johnson – supports her aggressive behaviour and refuses to sack her. Sonia Khan – the ‘ex’ Treasury Advisor – who was sacked by Dominic Cummings for being a ‘Muslim’, (in fact, without any coherent evidence, Cummings accused her of ‘leaking’ government data and had her ‘escorted from 10 Downing Street by armed police) – has settled ‘out of Court’ – stating that despite the obvious ‘racism’ she suffered, she still has a deep affection for the Tory Party!

The Black Labour MP – Diane Abbott – issued a press statement recently aping the casual racism of her White colleagues and stating that Chinese people are ‘evil’ and should be subjected to the most draconian of political and military counter-measures. China-bashing, although always present, now appears to be a growing trend, as Pastor Regan King likened the following of anti-Covid19 (designed to save lives by limiting the ‘spread’ of the disease) as ‘like living in China’!  To top off this madness, Israeli agents fire an effectual ‘missile’ at their own country (ensuring it lands in a remote area devoid of any worthwhile targets) – and then on the strength of this terrible and unprovoked ‘attack’ – launches an aerial bombardment upon the unarmed Palestinian people whilst the rest of the world ‘sits back’ and watches.

In the meantime, ex-President Obama – that stalwart supporter of neo-Nazism throughout Eastern Europe – has gone on record suggesting that US Navy Seals should be used to ‘extract’ the now ‘ex’ President Trump from the Oval Office as and when the time comes! As a form of light relief to this international madness (which once saw members of the Saudi Arabian government made arbiters of ‘Human Rights), The Times newspaper printed a piece about British police infiltrating far-left groups in the UK and ‘encouraging’ the terrorist-bombing of various areas! As if all this wasn’t enough, the supermarket giant – Sainsbury’s – just one of a cabal of mega rich businessmen who first backed the Tory-LibDems 2010 plans to radically ‘cut’ the Welfare State and sell-off of the NHS – has issued a set of Xmas advertisements designed to boost their flagging profits.  One of these missives depicts a Black family discussing Xmas as if they were ‘White’.

This has caused outrage throughout the White community – particularly as follow-up adverts contain no Black people at all in a transparent attempt to divert attention away from the damage that has already been done! The Daily Mail ran an interview with an ‘anonymous’ spokesperson for the notoriously racist ‘Britain First’ fascist (Christian) organisation, who felt compelled to point-out that these adverts were ‘inaccurate’, as at no time did any of the actors (male or female) ‘kiss their teeth’ to emphasis a building sense of frustration (or dissatisfaction) with a situation, object or circumstance.

The ‘Searchlight’ pressure group issued a statement that reads: ‘We were disturbed by the jovial nature of these adverts at a time of year that has no meaning to Jewish people. We have instructed our lawyers to investigate that none of the said participants (White or Black) are ‘Jewish’ – with the racist implication that Jews now ‘celebrate’ Xmas.’  The Southern Poverty Law Center in the US stated that ‘We are encouraged by the lack of Confederate symbols in these adverts and would encourage this trend in the UK.’ Whereas the Nation of Islam spokesperson made it clear that ‘No one in these adverts better be gay!’