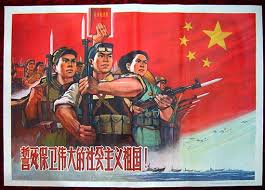 Thank you for forwarding this link. Every so often, I come across various supposedly Pro-China sites in the West, but I seldom feel any kinship with the author or what they are doing, and I will explain why.  My function is to represent the CPC in the West. This means gathering data from the (Chinese language) source and distributing it to the (non-Chinese language) periphery. This process is checked (by academics) at its various and different stages of development to ensure correct protocol is being observed during the Chinese to English translation (and transliteration process). It is not just a matter of ‘disagreeing’ with the US anti-China racism – but rather understanding the history of each part of the racism, how it began and why it continues and how it is maintained. These are vast areas of research that need rationalising and being brought into the open. Then, the next stage is effectively ‘countering’ each strand (and there are many) of the anti-China racism so that its trajectory is automatically ended through the use of superior logic and deployment of crushing historical fact. The mission does not stop there. Exposing and stopping anti-China racism is ‘Phase 1’. ‘Phase 2’ involves permanently taking ideological ground away from the racists (by effectively destroying their ‘certainty’ which usually goes ‘unquestioned’), and then having the courage to try and convert these people from an anti-China bias and to a Pro-China stance! There is a complex set of dialectical tasks in operation which is all part of Intelligence work in one form or another. The scatter-gun approach is useful for defending China, but only as a distraction in a very limited and short-term sense. Simply ‘not liking racism’ as a member of the bourgeoisie is not good enough, and is very different to opposing racism as a Socialist! Socialists oppose racism not as a means to ‘make capitalism better’, but rather as part of the ongoing battle to ‘destroy capitalism completely’ as the dominant world ideology of oppression and injustice!