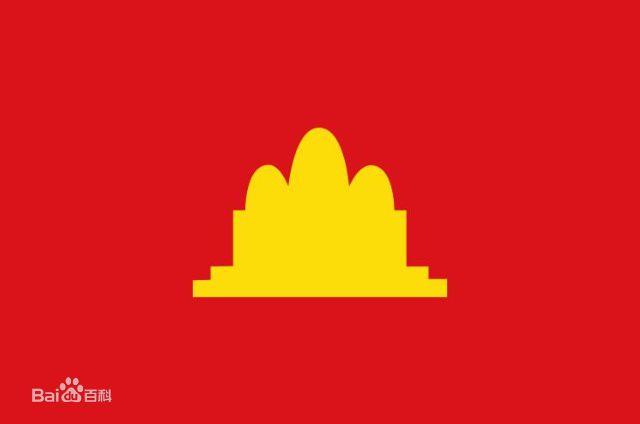 After the vote on 18 March 1970 dismissing him as Head of State, Prince NorodomSihanouk sent out an appeal from Peking for an armed uprising against the regime, which had taken power in Phnom Penh. The Communist movement which had been fighting the regime since 1968 rallied to the Prince, who created the Front National Uni du Kampuchea (FUNK) and a related Gouvernement Royal d’Union Nationale du Kampuchea (GRUNK).

The North Vietnamese Army and the Vietcong brought decisive support to the embryonic FUNK forces. Little by little, the most radical elements of Cambodian communism妖ubbed Khmer Rouge as early as 1970 by Prince Sihanouk傭egan to increase their influence within FUNK, of which they took control from 1973 on. The Vietnamese forces, which had signed the Paris Agreements at the beginning of the year, retreated to the frontier zones. While “frontism” remained the political practice in the combat zones, the first purges and massacres commenced in the so-called “liberated zones”. Sihanouk supporters, moderate communists (or those suspected of sympathy for Hanoi) and reticent people, were the principal victims.

During a command group meeting in the Cambodian capital from 15 to 19 December 1975, the text of a Constitution was adopted, the principles of which had been decided at the end of April. It was promulgated on 5 January 1976.

On the basis of the sacred and fundamental desires of the people, workers, peasants, and other labourers as well as those of the fighters and cadres of the Kampuchean Revolutionary Army; and

Whereas a significant role has been played by the people, especially the workers, poor peasants, the lower middle peasantry, and other strata of labourers in the countryside and cities, who account for more than ninety-five percent of the entire Kampuchean nation, who assumed the heaviest responsibility in waging the war for the liberation of the nation and the people, made the greatest sacrifices in terms of life, property, and commitment, served the front line relentlessly, and unhesitatingly sacrificed their children and husbands by the thousands for the fight on the battlefield;

Whereas great sacrifices have been borne by the three categories of the Kampuchean Revolutionary Army who fought valiantly, day and night, in the dry and rainy season, underwent all sorts of hardship and misery, shortages of food, medicine, clothing, ammunition, and other commodities in the great war for the liberation of the nation and the people;

Whereas the entire Kampuchean people and the entire Kampuchean Revolutionary Army desire an independent, unified, peaceful, neutral, non-aligned, sovereign Kampuchea enjoying territorial integrity, a national society informed by genuine happiness, equality, justice, and democracy without rich or poor and without exploiters or exploited, a society in which all live harmoniously in great national solidarity and join forces to do manual labour together and increase production for the construction and defence of the country;

And whereas the resolution of the Special National Congress held on 25, 26 and 27 April 1975 solemnly proclaimed recognition and respect for the above desires of the entire people and the entire Kampuchean Revolutionary Army;

The Constitution of Kampuchea states:

The State of Kampuchea is a State of the people, workers, peasants, and all other Kampuchean labourers.

The official name of the State of Kampuchea is “Democratic Kampuchea”.

Property for everyday use remains in private hands.

Article 3 The culture of Democratic Kampuchea has a national, popular, forward-looking, and healthful character such as will serve the tasks of defending and building Kampuchea into an ever more prosperous country.

This new culture is absolutely opposed to the corrupt, reactionary culture of the various oppressive classes and that of colonialism and imperialism in Kampuchea.

The Principle of Leadership and Work

Article 5 Legislative power is invested in the representative assembly of the people, workers, peasants, and all other Kampuchean labourers.

This Assembly shall be officially known as the “Kampuchean People’s Representative Assembly”.

The Kampuchean People’s Representative Assembly shall be made up of 250 members, representing the people, the workers, peasants, and all other Kampuchean labourers and the Kampuchean Revolutionary Army. Of these 250, there shall be:

Representing the labourers and other working people 50

Article 6 The members of the Kampuchean People’s Representative Assembly are to be elected by the people through direct and prompt general elections by secret ballot to be held throughout the country every five years.

Article 7 The People’s Representative Assembly is responsible for legislation and for defining the various domestic and foreign policies of Democratic Kampuchea.

Article 8 The administration is a body responsible for executing the laws and political lines of the Kampuchean People’s Representative Assembly.

The judges at all levels will be chosen and appointed by the People’s Representative Assembly.

Article 10 Actions violating the laws of the people’s State are as follows:

Dangerous activities in opposition to the people’s State must be condemned to the highest degree.

Other cases are subject to constructive re-education in the framework of the State’s or people’s organisations.

Article 11 Democratic Kampuchea has a State Presidium chosen and appointed by the Kampuchean People’s Representative Assembly once every five years.

The Rights and Duties of the Individual

Every citizen of Democratic Kampuchea is guaranteed a living.

All workers are the masters of their factories.

All peasants are the masters of the rice paddies and fields.

All other labourers have the right to work.

There is absolutely no unemployment in Democratic Kampuchea.

Article 13 There must be complete equality among all Kampuchean people in an equal, just, democratic, harmonious, and happy society within the great national solidarity for defending and building the country together.

Men and women are fully equal in every respect.

Article 14 It is the duty of all to defend and build the country together in accordance with individual ability and potential.

Article 15 The capital city of Democratic Kampuchea is Phnom Penh.

Article 16 The design and significance of the Kampuchean national flag are as follows:

The background is red, with a yellow three-towered temple in the middle.

The red background symbolises the revolutionary movement, the resolute and valiant struggle of the Kampuchean people for the liberation, defence, and construction of their country.

The yellow temple symbolises the national traditions of the Kampuchean people, who are defending and building the country to make it ever more prosperous.

Article 17 The national emblem consists of a network of dikes and canals, which symbolise modern agriculture, and factories, which symbolise industry. These are framed by an oval garland of rice ears, with the inscription “Democratic Kampuchea” at the bottom.

Article 19 The three categories of the Kampuchean Revolutionary Army羊egular, regional, and guerrilla form an army of the people made up of men and women fighters and cadres who are the children of the labourers, peasants, and other Kampuchean working people. They defend the State power of the Kampuchean people and of independent, unified, peaceful, neutral, non-aligned, sovereign, and democratic Kampuchea, which enjoys territorial integrity, and at the same time they help to build a country growing more prosperous every day to improve and develop the people’s standard of living.

Reactionary religions which are detrimental to Democratic Kampuchea and Kampuchean people are absolutely forbidden.

Article 21 Democratic Kampuchea fervently and earnestly desires to maintain close and friendly relations with all countries sharing a common border and with all those near and distant throughout the world in conformity with the principles of mutual and absolute respect for sovereignty and territorial integrity.

Democratic Kampuchea adheres to a policy of independence, peace, neutrality and non-alignment. It will permit absolutely no foreign country to maintain military bases on its territory and is resolutely opposed to all forms of outside interference in its internal affairs, and to all forms of subversion and aggression against Democratic Kampuchea from outside, whether military, political, cultural, social, diplomatic, or humanitarian.

Democratic Kampuchea refuses all intervention in the domestic affairs of other countries, and scrupulously respects the principle that every country is sovereign and entitled to manage and decide its own affairs without outside interference.

Democratic Kampuchea strives to promote solidarity with the peoples of the Third World in Asia, Africa, and Latin America, and with peace- and justice-loving people the world over, and to contribute most actively to mutual aid and support in the struggle against imperialism, colonialism, neo-colonialism, and in favour of independence, peace, friendship, democracy, justice, and progress in the world.