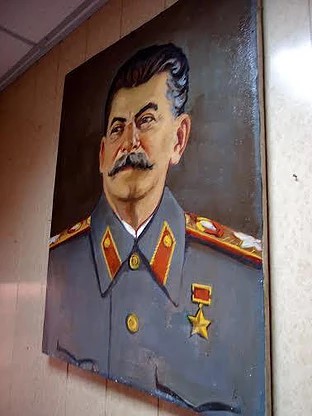 June 22nd, 2016, was the day of memory and grief for the people of Lugansk who remembered the victims of fascism past and present. A working meeting was held of members of the Presidium of the Central Committee of the Communist Party – which discussed the National Policy with Party Activists, Soviet officers and Servicemen of the People’s Republic of Lugansk. The participants in the meeting honoured the memory of those killed at the hands of European fascists during the Great Patriotic War and Ukrainian neo-Nazis in our time.

The participants noted the high volume of humanitarian support provided by the Communist Party of the Russian Federation to the people of the LNR during the hostilities 0f 2014 – laying fresh flowers on the monument to J.V. Stalin.

Also, on the day of the Commemoration of the Victims of Fascism, an exhibition of social posters devoted to anti-fascism – and the role of Joseph Stalin in the victory over 20th fascism – opened in the building of the UPC-CPSU Representative Office in the LNR with the assistance of the LNR Advertising Society.