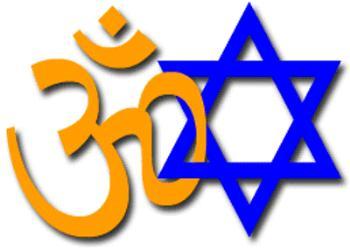 Religious myth still exercises a very powerful pull on the human mind. Indeed, throughout history this vague feeling of something lying just beyond the realm of human sensation has been the justification for untold wars and immeasurable death and destruction upon the material plane.  Although there is no ‘right’ religion, this does not stop the adherents of religion assuming there is and amassing political and technological power in an attempt to ‘prove’ this hypothesis. Interestingly, the extent of the mindless dedication to armed conflict in pursuit of religious purposes appears to reflect the supposed purity and strength of faith in the believer, even though it is equally true that despite the scale of devastation employed, no single religion has ever been proven correct. Theistic religions assume that there is a realm beyond the physical that can only be sensed with the mind or spirit (not always the same thing), and only then under special conditions (such as through moments of heightened awareness, sustained monastic lifestyles or upon physical death, etc). Theistic religious belief is premised upon the perfectly natural human ‘fear of the unknown’ which is overcome to a certain extent (within the pre-modern condition) by the ‘imagining’ of a hidden or ethereal world existing beyond this one.

Theistic religions, being very much a product of their time, invariably portray the preferred or dominant tribal view of the day as the ‘ultimate’ point of view about reality and punish all other views with banishment from the communal living of the tribe, or straight forward application of the death sentence. This is why religious extremism accommodates fascistic and neo-Nazi ideology with relative ease, as both represent the drive for early human social organisation around the singular totem of each tribe, with severe punishments for anyone deviating from these self-declared ‘ultimate truths’. Whilst human groupings have attempted to fight-out which tribal view of the world is better than all the others, the modern scientific use of the human mind has developed as a by-product of this process. Human beings have possessed this ability for the human mind to use logic and reason as a means to understand reality (and the origins of existence) probably for at least 200,000 years, but this function of the human brain has been hindered by primitive material conditions and equally primitive mind states premised upon the perception of these conditions. The problem theistic religion has is that modern science does not support the premises of any type of theology or corresponding philosophical system from around the world. Indeed, all indications are that theistic systems are a priori ‘incorrect’ and DO NOT represent any aspect of material reality. Of course, for those with ‘faith’ none of this matters. Some religiously minded individuals make their peace with science and go about their life with no problem, whilst others take a distinct dislike of science and adopt a highly aggressive and destructive attitude against science (and ALL secular knowledge). This fascistic ignorance is the basis behind the Hindu nationalism of the BJP and the Zionist racism of the modern State of Israel.

Both fascistic ideologies in India and Israel take the position that if science cannot be beaten, it can at least be misrepresented to serve extremist religious purposes. This is why the fabrication of history figures so highly in both countries – with tainted academics basing their studies upon the false premise that ‘religious history’ is ‘true history’ (when there is no evidence supporting this hypothesis), and that the only reason ‘religious history’ does not appear true today is because ‘secular’ science has pursued a deliberately misleading paradigm that hides and side-lines the supposed ‘truth’ of religiosity. Therefore, the Hindu nationalism of India and the Zionist racism of Israel must a) attack and nullify secular science, whilst b) continuing to utilise the potency of secular science to develop the necessary war-technology required to prevent civil populations rising-up against religious bigotry, prejudice and discrimination. All this is held together by the capitalist system of economics – as any sign of Socialism emerging from the masses would invariably mark the end of society being governed through the auspices of religious ignorance and murderous fascism! It is no coincidence that both political regimes oppose Communist China and maintain very good relationships with the US-sponsored Pro-Tibetan Movement and Falun Gong Cult. Extremist religion is naturally attracted to extremist religion particularly when associated with advanced capitalist societies. Although nationalistic Hindus make much of their historical angst with Islam in India, the BJP Government openly supports the Islamic regime of Saudi Arabia (and its US-directed invasion of ‘Socialist’ Yemen). As well as this type of political sleight of hand, the Israeli Government also encourages Israelis with IDF military training to ‘volunteer’ for the ‘Maidan’ neo-Nazi forces of Western Ukraine, within which there is a special synagogue to accommodate their religious needs.

The ogre of the capitalist United States lies lurking in the International’ shadows, pulling all the strings and greasing all the wheels. The American fiction that religion is ‘banned’ within Socialist countries is what sustains this murderous policy of meddling and interference abroad. In fact, just like any Socialist regime, the US practises the separation of Church from State, whilst just like in any Socialist Constitution the ‘Right’ of religious worship is ‘guaranteed’ (although Socialism goes further and also assures the right to ‘atheism’, etc). Whereas vegetarianism (or veganism) in the West is now associated with leftist politics and the undermining of the industrialised farming practises associated with capitalism, in other parts of the world it is the various systems of partial vegetarianism which can be ‘enforced’ upon a population as a means to stamp a religion’s domination. This type of religious intolerance is often associated with the (mostly imagined) vegetarianism of Adolf Hitler and sees fascist Hindus using legislation so as to prevent non-Hindus slaughtering and eating beef, and similar rightwing Islamic and Jewish regimes forcing non-Muslims and non-Jews from slaughtering and eating pork, etc. This partial abstinence from meat-eating has nothing to do with animal welfare, (as by and large the religions concerned teach a low and derogatory viewpoint about such creatures) and has everything to do with political domination. Religious rightwingism, although not ‘new’, nevertheless has a special home in the politics of the contemporary United States, especially as it opposes the utopian Socialism found within its own religious teachings, and the Scientific Socialism found within the works of Marx, Engels and Lenin… Hope lies in the various Communist Movements throughout the world, particularly the Communist Parties of the US, Israel, Palestine and India, and the numerous other genuinely leftist groups opposing US hegemony and religious extremism throughout the world.