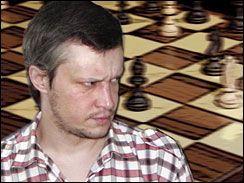 Russian language sources report that Alexander Pichushkin (Алекса́ндр Пичу́шкин) was born in the Soviet Union in 1974. His killing spree began with a single murder in 1992 – and then he did not commit another murder until 2001. The bulk of his victims (at least 48 killed and 3 wounded) happened between 2001 and 2006, Alexander Pichushkin claims that he murdered at least 63 people – but the Russian Authorities have not been able to confirm the details of these extra 10 victims. Alexander Pichushkin was most active between 2005 and 2006, where he is said to have been trying to kill one person for every square on a chessboard (this is also the time when he stopped deliberately ‘hiding’ the bodies of his victims). He would lure his victims into Bitsevsky Park – situated southwest of Moscow – and smash-in the back of their skulls with a hammer. He would then place a broken vodka bottle in the wound. Between 2001 and 2005 the local sewage works reported a constant stream of dead bodies being found in the water – some 29 in number. However, at the time the police did not suspect a serial killer. It must also be noted that there has never been found any evidence to support Alexander Pichushkin’s claim that he killed a fellow student (via strangulation) in 1992, before throwing his body down a well.

As usual, the English language wikipedia page presents a mixture of fact and fiction about this case. Completely excluded from the narrative is the collapse of the Soviet Union in 1991, and the complete chaos and suffering that followed in the sudden abolition of the Welfare State and free medical provision (Russian statistics suggests that 5.9 million extra people died in Russia due to these ‘cuts’ between 1991 and 1999). Alexander Pichushkin is supposed to have committed his first murder in the first year of capitalist Russia i.e. 1992). However, his crime spree only really gathered steam in the early to mid 2000’s. As a child, Alexander Pichushkin fell off a swing when he was a young child, with the swing then striking him across the fore-head. He was a quiet child who liked to play chess, but after spending time in hospital due to his head injury, it was found that he could not talk properly and distinguish correctly between ‘sh’ and ‘c’, and had trouble reading these letters. Contrary to the English wikipedia claim that he was ‘bullied’ by other children at school – there is no evidence to support this view within Russian language sources. The Soviet Education System pursued an effective policy of ‘no bullying’, and respect for other human-beings. Alexander Pichushkin  was taken out of mainstream education to receive tailored educational treatment at a special school in the USSR. This move was successful, and Alexander Pichushkin eventually attended vocational college where he trained as a carpenter. It was only after the caring system of Soviet Socialism was replaced with uncaring predatory capitalism that Alexander Pichushkin began to kill. Indeed, many of his victims were the poor and homeless – people the modern ‘capitalist’ police in Russia term ‘anti-social’ – as if these individuals are to blame for the poverty they exist within, rather than the capitalist system that has failed them. Alexander Pichushkin thought that these people had no right exist – and in the adopting of this attitude – he appears to have internalized the outer brutality of the capitalist system.