I have read estimates within Chinese academic sources that between 1931 – 1945 – there were an estimated 60 million deaths of Chinese men, women and children. This was primarily due to the Japanese Imperial Army agitating in Manchuria (North-east China) prior to the ‘official’ outbreak of the Pacific War between Japan and the USA in 1941. I suspect this figure also includes millions of Chinese civilians ‘murdered’ by Chiang Kai-Shek’s Nationalist Armies – supported, financed and armed by the capitalist West. Ironically, it was at the behest of the USA that the Soviet Red Army invaded and ‘liberated’ the Japanese controlled North-east China in August, 1945, an act that freed the Chinese people from Japanese Imperialist oppression, and paved the way for the final victory of Mao Zedong’s Communist People’s Liberation Army (PLA) over Chiang Kai-Shek (in 1949). After fleeing to Taiwan in 1945, Chiang Kai-Shek unleashed a murderous campaign against the non-Chinese indigenous population (that resisted what they saw as a ‘Chinese’ invasion), and a initiated a ‘White Terror’ campaign that lasted decades, murdering thousands of Chinese people suspected of having leftwing sympathies. The Soviet Red Army handed-over the entirety of North-east China (including its Japanese industrial infrastructure and captured weaponry) to Mao’s Communist Forces – an act that effectively finished Chiang Kai-Shek. It is clear that it was the ‘Communist’ forces that ‘liberated’ China from Japanese fascism, whilst also fending-off Chiang Kai-Shek’s Western-backed fascism. Of course, due to its Communist connotations, the Western, capitalist countries (that place so much sentimentalism toward the memory of its own veterans), boycotted this 70th Anniversary Parade – showing no respect for the 60 million Chinese casualties.  However, the forces of 17 other countries did attend this event including Russia, Venezuela, Cuba, Egypt, Cambodia, Laos, and Pakistan (although not India, whose incumbent, rightwing and fascist BJP government is busy pursuing an anti-Chinese disinformation campaign at this current time). I include within this post photographs of the Fijian contingent taken from video footage of the march. 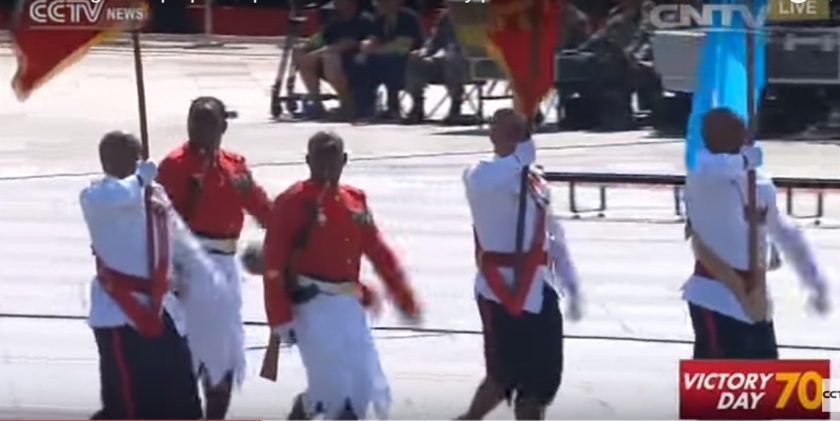 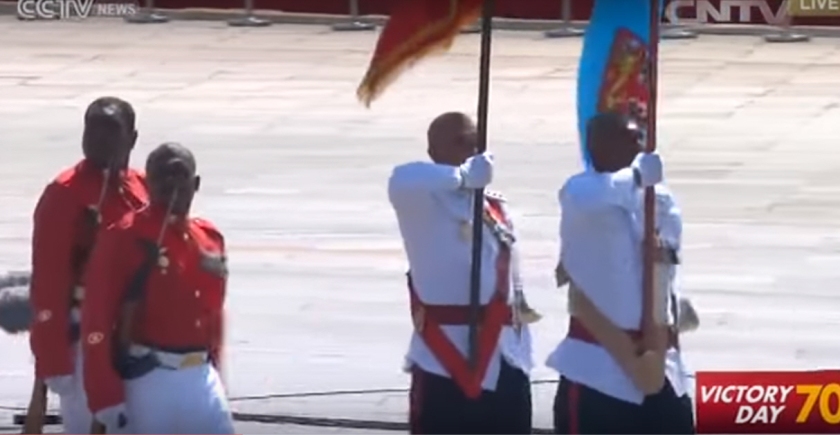