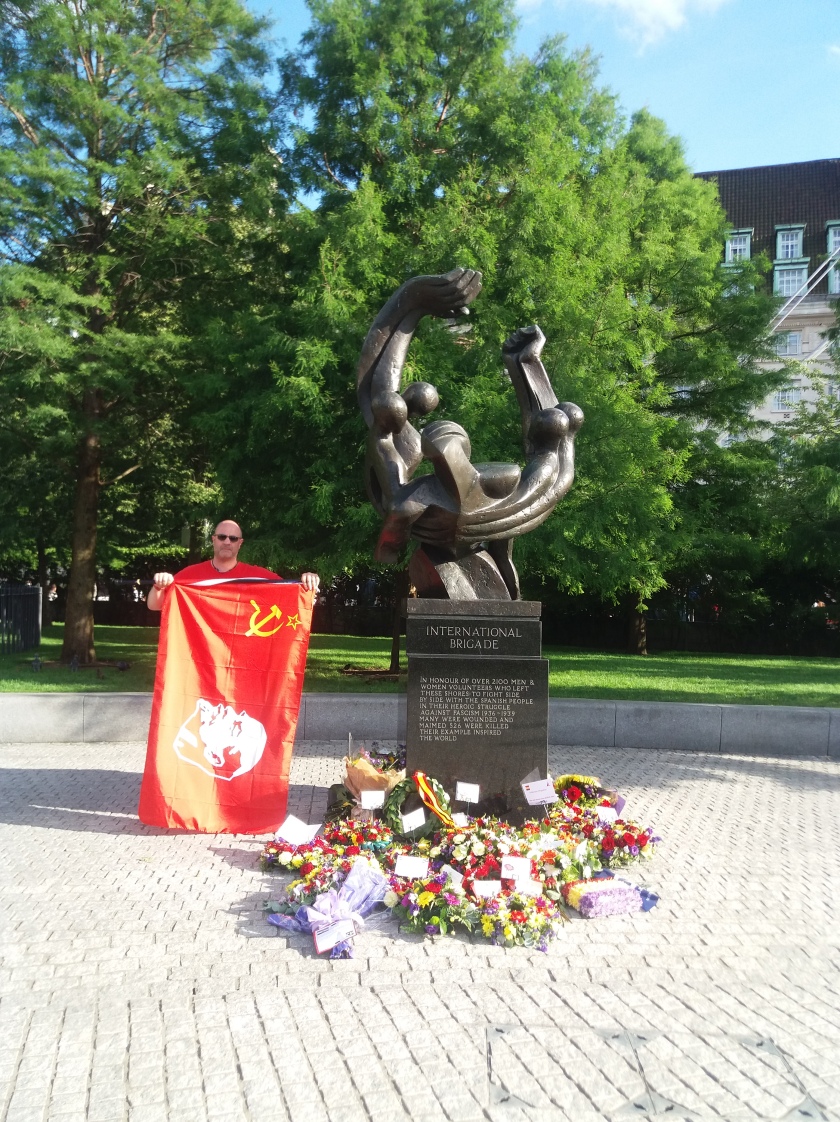 Although there are many statues, plaques and signs throughout Britain and Ireland commemorating the sacrifice of the British and Irish men and women who fought and died fighting for the Socialist ‘Republican’ government of Spain between 1936-1939, against the fascist forces of General Franco (backed by Nazi Germany and fascist Italy), for many, the main monument of remembrance remains that on London’s South Bank. The IBMT website states: ‘National memorial and sculpture by Ian Walters in Jubilee Gardens, SE1, to the 526 killed in Spanish Civil War who went to Spain from Britain and Ireland. Erected by Greater London Council and International Brigade Association and unveiled by Michael Foot MP, 5 October 1985. Moved to new site in the park in April 2012.’ Although the IBMT does sterling work, it also pursues a narrative that plays-down the ‘Communist’ and ‘Socialist’ nature of the International Brigades, and the fact that the Soviet Union recruited, funded, armed and trained volunteers from around the world through the National Branches of the International Communist Party. The thousands of volunteers were certainly not motivated to defend the very same bourgeois democracy that had brought Adolf Hitler to power, and various Western politicians in the UK, France (and elsewhere) who conspired to withhold all official help to a beleaguered ‘democratic’ Socialist government in Spain, and to actively strive to prevent leftwing volunteers from leaving their respective countries, and travelling to Spain to join one of the Soviet-inspired International Brigades. These same ‘democratic’ governments in the West further conspired to ‘punish’ all those who had bravely fought in Spain upon their return – with Winston Churchill ordering that they be denied any chances to join the British Armed Forces (even by conscription) during WWII, together with pressure being exerted upon the Veterans to be thrown-out of their employment unions, and denied access to jobs as a means to make a living. Another fact that is missing from the usual IBMT narrative, is that of how popular ‘fascism’ was throughout the Western democracies during the 1930’s, with even Winston Churchill writing glowing reports about Adolf Hitler in 1937! Obviously, as matters transpired, the British Working Class had other ideas that openly contradicted the hypocritical opinions entertained by the bourgeoisie. No – the men and women who volunteered for hardship and possible death in the International Brigades, were not inspired by a fight to save the very same bourgeois democracy that supported fascism and oppressed them at every turn – but were inspired to fight for Socialism as a means to ensure a world-wide Socialist Revolution. As we were marching through London yesterday in protest against the current rightwing Tory government, we were not able to attend the memorial in Jubilee Park. However, we did pay our respects for the fallen later in the day and took the photographs included on this blog entry. I also include the ‘new’ Spanish Civil War banner commissioned by Islington Museum. Another important depository of information about this subject is found in the ‘International Brigade Library’ held at the Marx Memorial Library in Clerkenwell, London. This collection not only includes historical books, official documents and papers, newspaper articles, and personal correspondence (as well as other memorabilia), but also marching banners celebrating the ‘Socialist’ and ‘Communist’ nature of the International Brigades, and their involvement in fighting fascism during the Spanish Civil War. 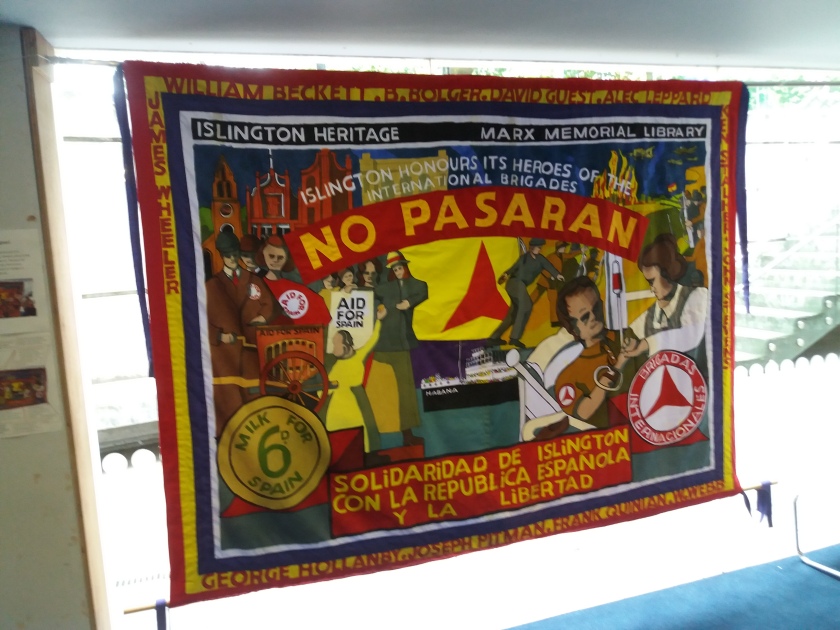 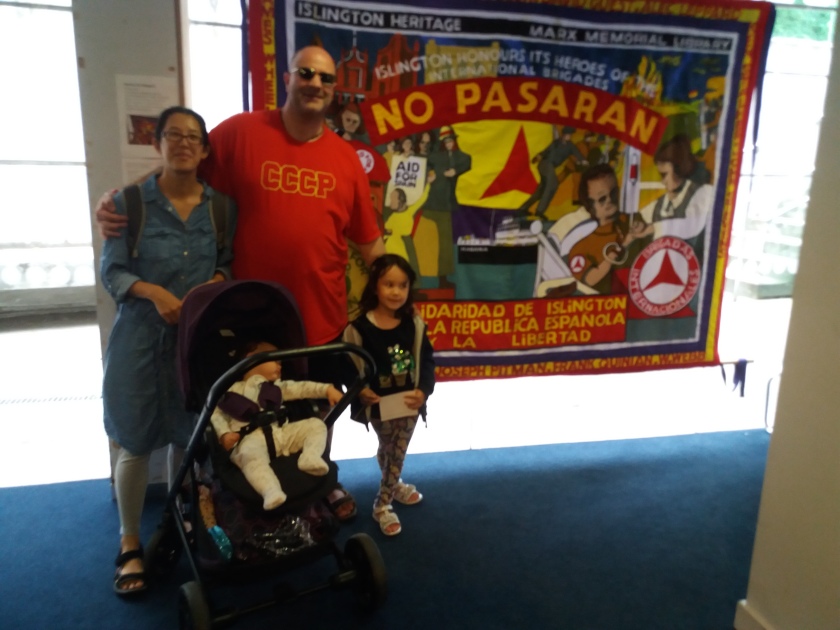