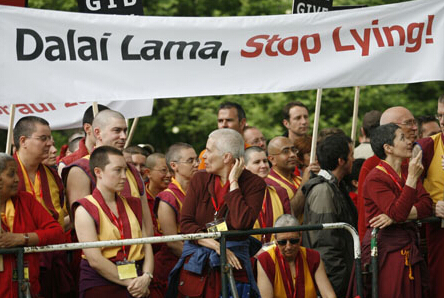 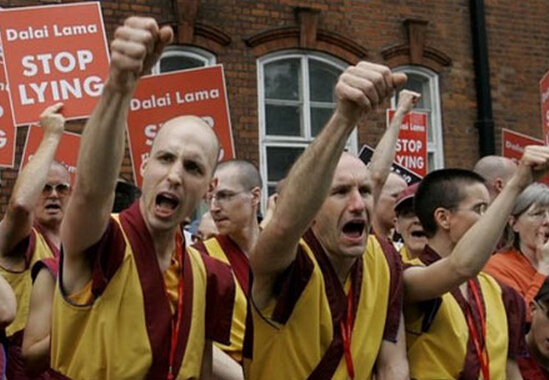 A Chinese language news article reported in early 2015 that after the British Prime Minister David Cameron met with the XIV Dalai Lama in 2012 – Sino-British relations hit a new low.  At the time it was widely reported in the English-peaking media that Cameron unquestionably agreed with everything the Dalai Lama had said, and re-stated his support for Human Rights in Tibet. However, in an interview only intended for the Chinese-speaking press – Cameron is reported as stating to Chinese Premier Li Keqiang (during a meeting between the two held in London in June, 2014) that the British Government fully understood and supported China’s policy toward Tibet:

At the time, David Cameron was part of a Coalition Government that saw the Tories sharing power with the Liberal Democrats – whose leader at the time (Nick Clegg) – served as Deputy Prime Minister (a theoretical governmental post with no real power).  In the meantime the British press had got hold of the information that Cameron had expressed support for China’s policy in Tibet – and there was genuine surprise when Deputy Prime Minister Nick Clegg stated in public that as far as he was concerned, the British Government’s official position on Tibet was one of opposition to Chinese rule:

Nick Clegg went even further and stated that he would be ‘honoured’ to meet the XIV Dalai Lama in the future.  The reason that Cameron expressed support for China’s policy in Tibet is because he has been advised that the pro-Tibetan Movement grew-out of the USA’s official Cold War policy of opposing Communism wherever it appears.  As a political movement – it is now out of date.  The Chinese source article for the above story can be accessed here:

The previously backward and feudal society of Tibet has been transformed into a modern society with every benefit (and freedom) such a transformation entails.  Tibetan people are self-governing and are free to practice and develop their culture – and it is only in the imagination of the XIV Dalai Lama and his Hollywood friends – that Tibet is a nation under siege or foreign occupation.  The XIV Dalai Lama is supported in the West by such people who also support the pro-Israeli lobby.  These people are essentially ‘racist’ toward non-European peoples, and are hateful of any Socialist or Communist regimes.  As a consequence, the XIV Dalai Lama and his clique of millionaire Lamas in the West knowingly ‘lie’ about Tibet as a means to bring down Communist China.  These supposedly Buddhist monks take vows of poverty, but in reality, the XIV Dalai Lama and his clique live lives of opulence and luxury in the West.  Not only this, but it is against the Buddhist monastic vows for any Buddhist monastic to ‘lie’, and yet the Dalai Lama and his clique ‘lie’ all the time about the true nature of Tibet.  The XVII Karmapa Lama, for instance, whilst perpetuating the myth of ‘reincarnation’ (a teaching that does not exist within Buddhist philosophy) benefitted from all the advancements of modern Tibetan society – but was contacted by the Dalai Lama’s clique of Lamas in the West, and was persuaded to leave Tibet.  In 1999, the XVII Karmapa decided to leave Tibet and he did this in a duplicitous and lying manner by informing his devotees that he was entering a period of silent retreat.  The XVII Karmapa was free to leave Tibet any time he wished and was never held prisoner – as Tibetans visit the West all the time.  He admittance of lying as a Buddhist monk can be read here:

The fact of the matter is that the pro-Tibetan Movement is known to be a myth that is now something of a political embarrassment as ‘Communist’ China now begins to peacefully dominate the world economically and technologically.  Tibet was never invaded by the People’s Liberation Army (PLA) simply because the Chinese State is incapable of invading part of its own sovereign territory.  The XIV Dalai Lama persists in ‘lying’ as a Buddhist monk, and through his lies, has deceived and mislead many thousands of people in the West.  In Tibet no one cares about a selfish monk who came to the West to further his own egotistical motives.  Finally, any Tibetan Buddhist movement that exposes his lies and supports the Chinese administration of Tibet is viciously and unjustly attacked by his press agency.